I am not quite sure how we got this trade started, but somehow, a Gator and a Dawg made a trade.  Yes, pretty soon peace will break out in the Middle East, but yours truly -- a Georgia Bulldog -- and John from Johnny's Trading Spot -- a Florida Gator -- worked out a trade.

First, let me get this out of the way: 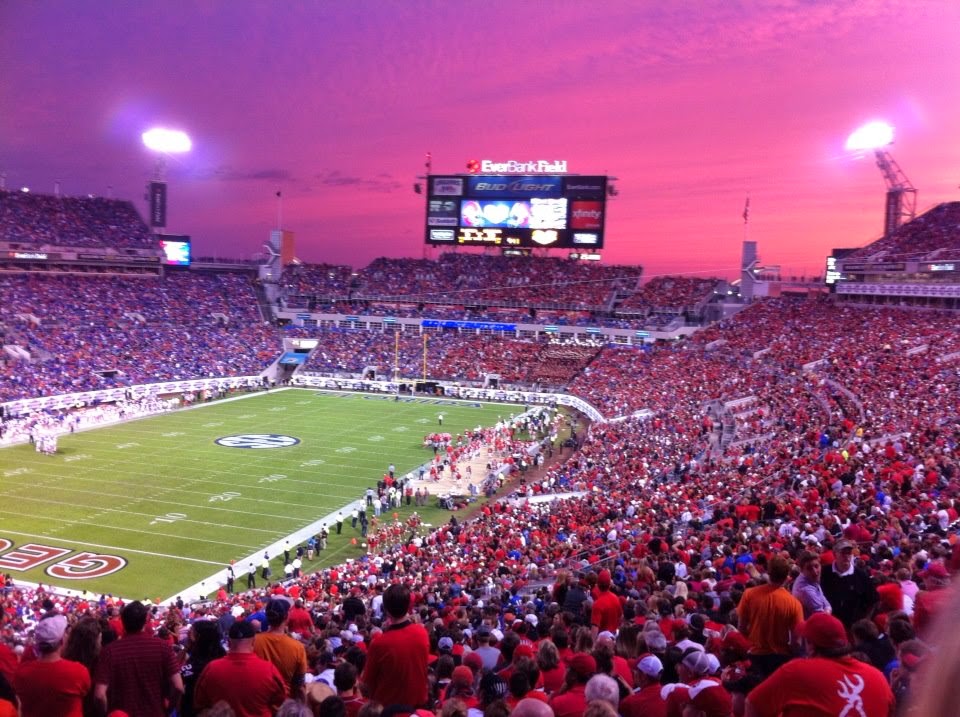 This is the World's Largest Outdoor Cocktail Party.  Never mind what the universities have said about trying to curb drinking in Jacksonville, either. 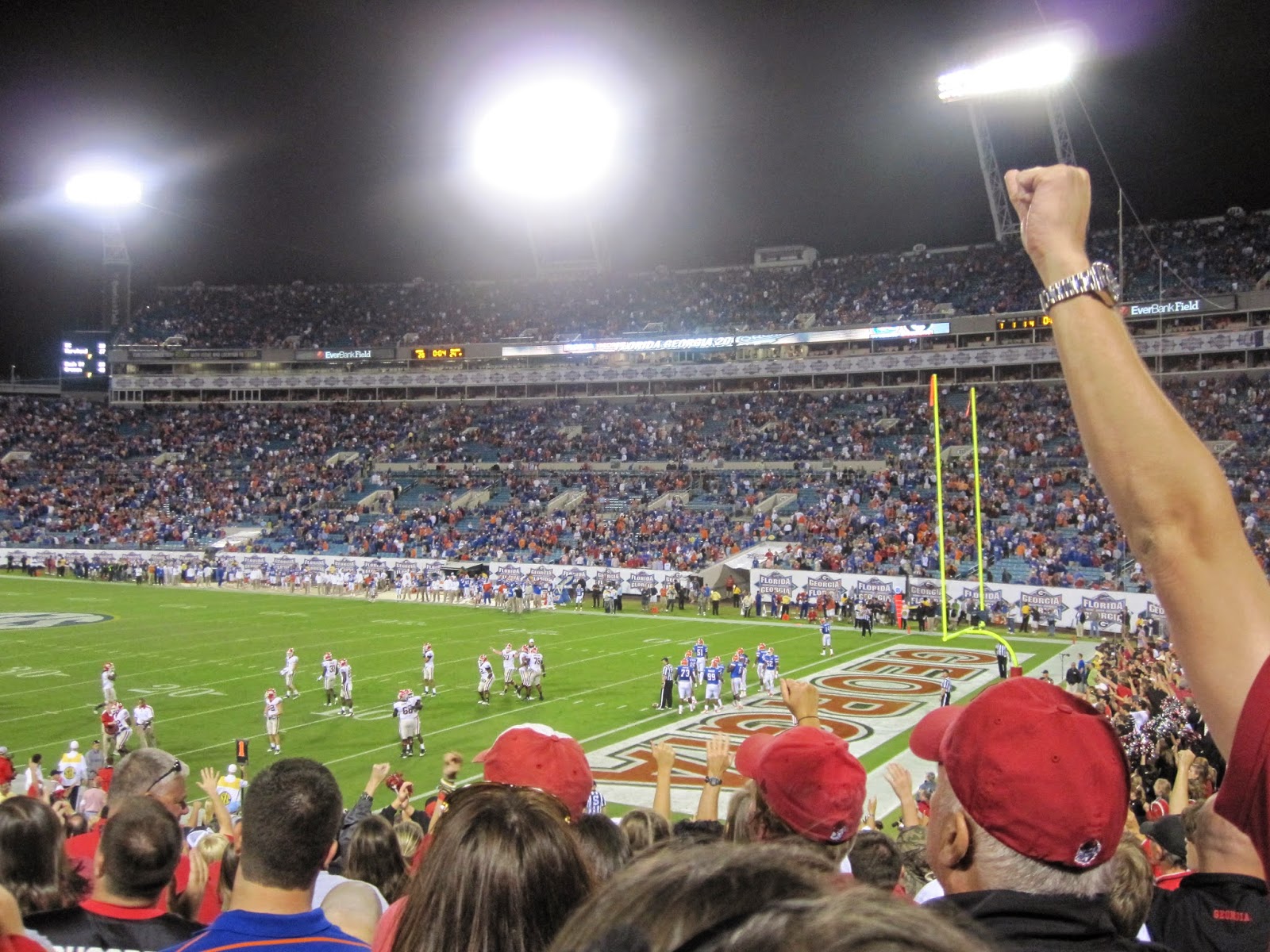 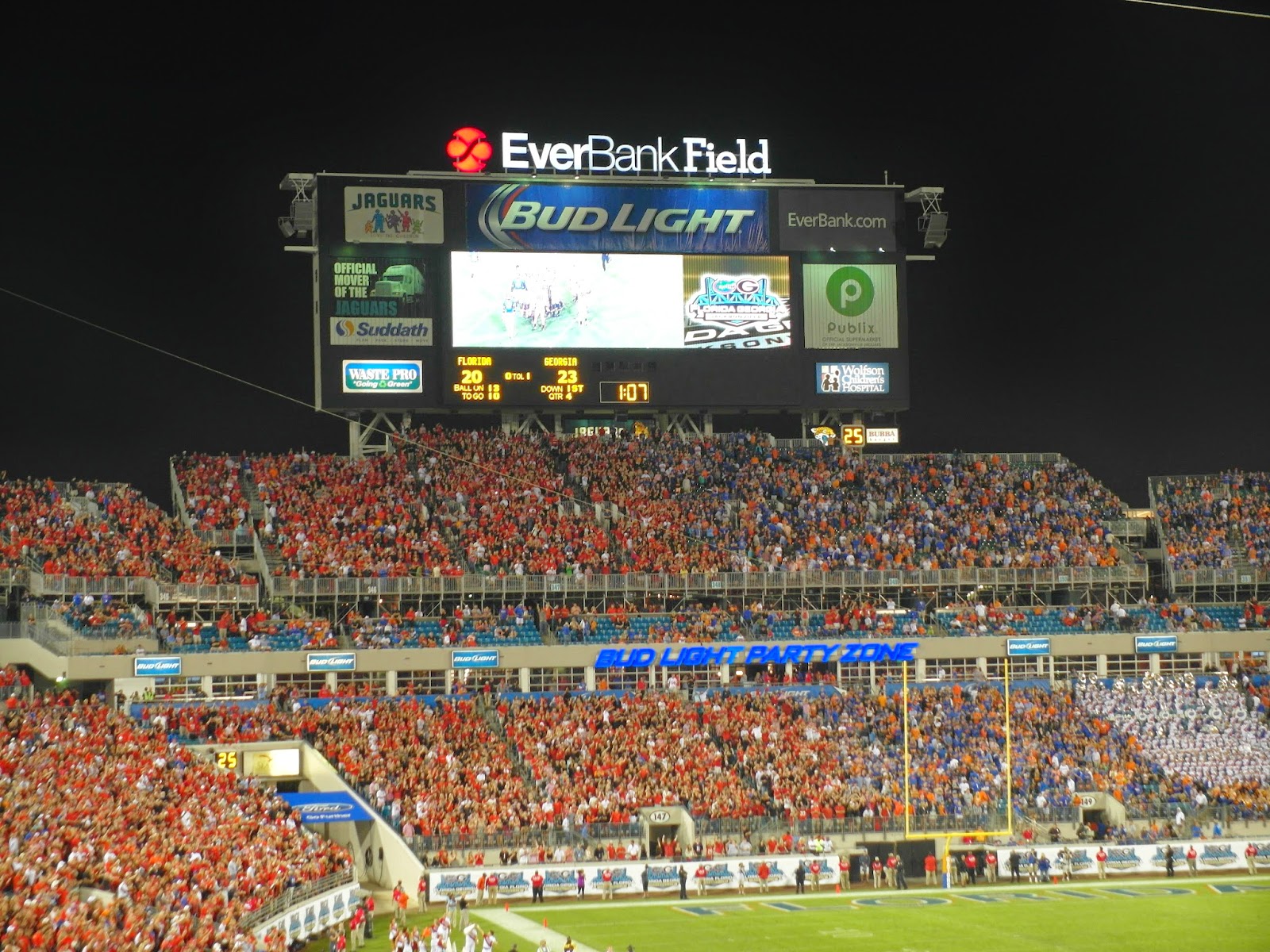 I told John I would throw these photos in to our trade.  Surprisingly, he declined.

Heck, let's start with the bonus card, because, to be fair, it really is the star of this trade: 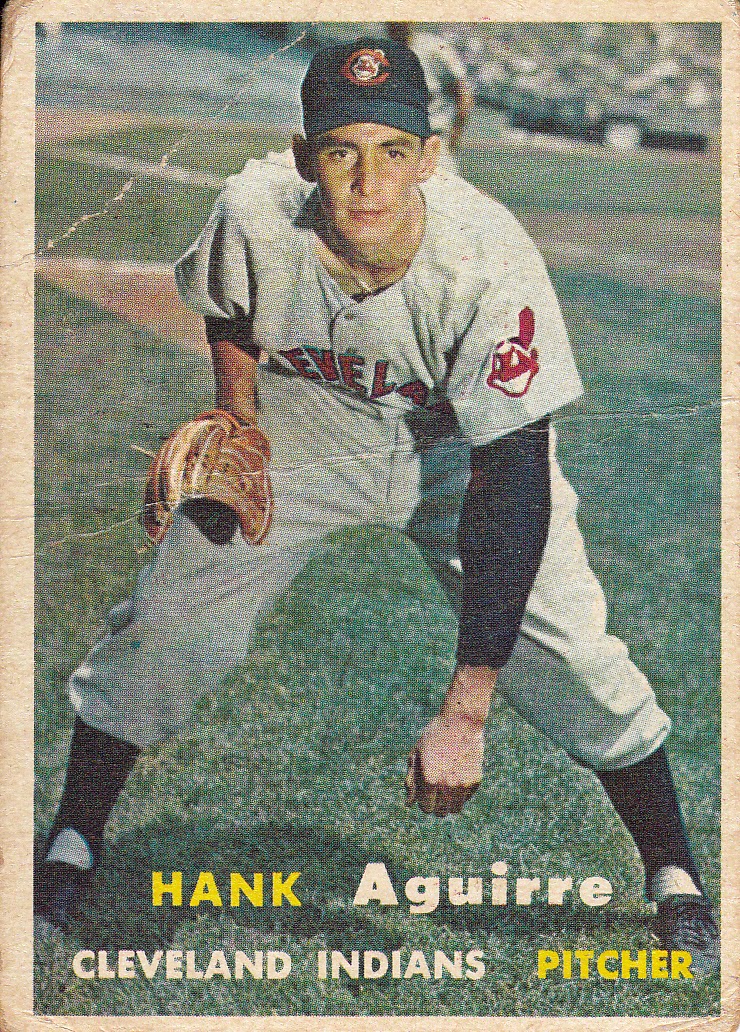 I love this card.  The 1957 Topps set is iconic -- it's the first set to go to the now standard card size, and the use of photos over art work was innovative as well.  In addition, the set did not suffer as greatly as the 1960s cards do from the excessive close cropping of player photos.  Perhaps that's me idealizing the set, but I do believe that the 1957 Topps set is one that I will have to try to put together soon -- even if the cards are not gem mint.  This Hank Aguirre is a great card to start with (along with the few others I have), and I'm happy John sent it.

Many people don't know that Doug Jones actually came up with the Brewers in 1982 for a brief 4-game stint.  He even got into the inaugural Milwaukee Police Card Set. 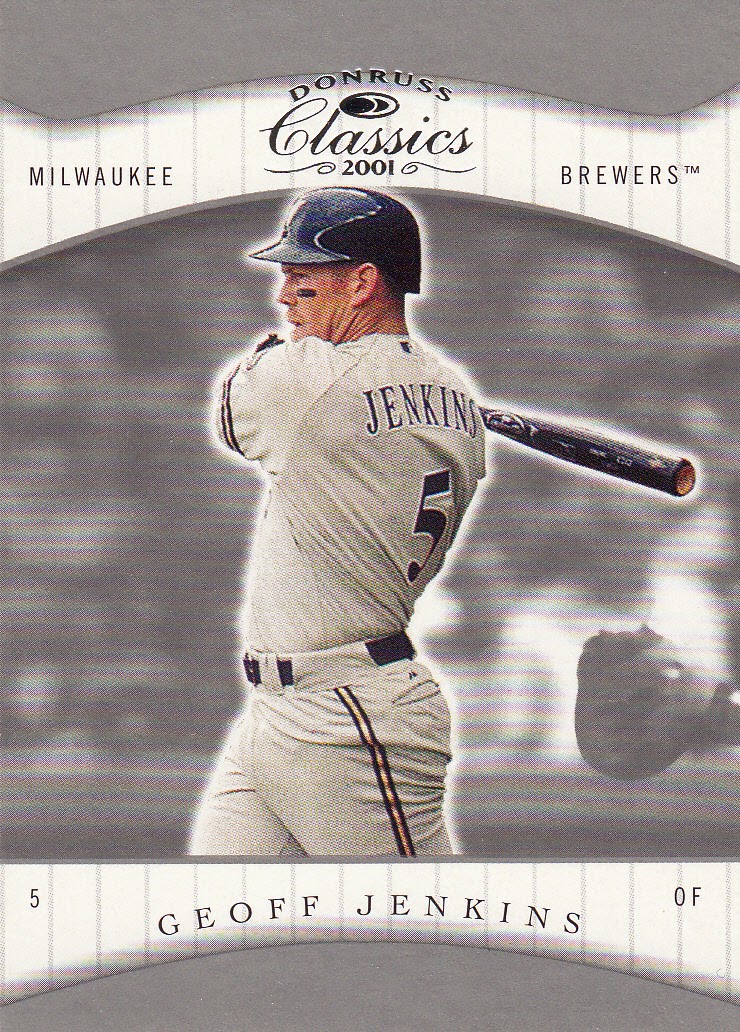 Then, there was some help for one of my third-tier player collections for a collection that really needed the help.  And no, he is not a player collection for me just because he bears a passing resemblance (no pun intended) to Brett Favre.

To close out the highlighted cards, I turn to the instant-tint glasses and mustache look sported by Eden, Wisconsin's native son, Jim Gantner. 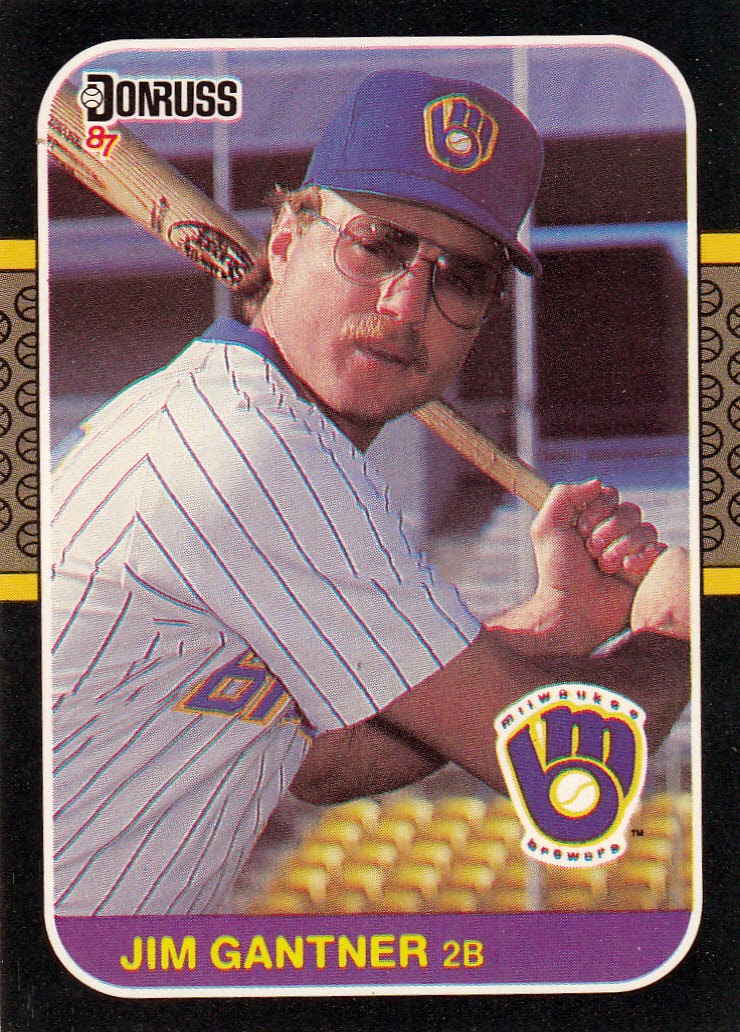 I'd say that Gumby made those glasses look good, but wow, there is no sugarcoating the fact that those things never looked good on anyone.  Ever.  It got worse when Gantner shaved his mustache later in his career -- he looked like everyone-in-Wisconsin's Uncle Jimmy sitting on the end of the bar working on his fifth beer of the day by the time lunch on Tuesday rolled around.

Johnny sent a bunch of other cards to help out my Brewers collections as well.  For that, I thank him and I appreciate the good-natured banter that we had about Georgia/Florida over e-mail as well.