Completed Trade with Jacobmrley of the Starting Nine blog

I have had good luck with getting some great trades put together thanks to my recent trade bait posts -- particularly the Heritage stuff.  Indeed, I had a race to the finish line when I offered up the Matt Harvey black refractor serial numbered to 65.  Perhaps I should not be surprised by that -- those black refractors are getting pretty good prices on eBay -- but I am very glad I traded it rather than sold it off.

When Jacobmrley of the Starting Nine blog contacted me, he asked me what I wanted in return for the Harvey refractor, and said he had a Ryan Braun 2014 Rookie Cup Relic that might interest me.  I told him, sure, that would be cool.  I had no idea how cool it really would be: 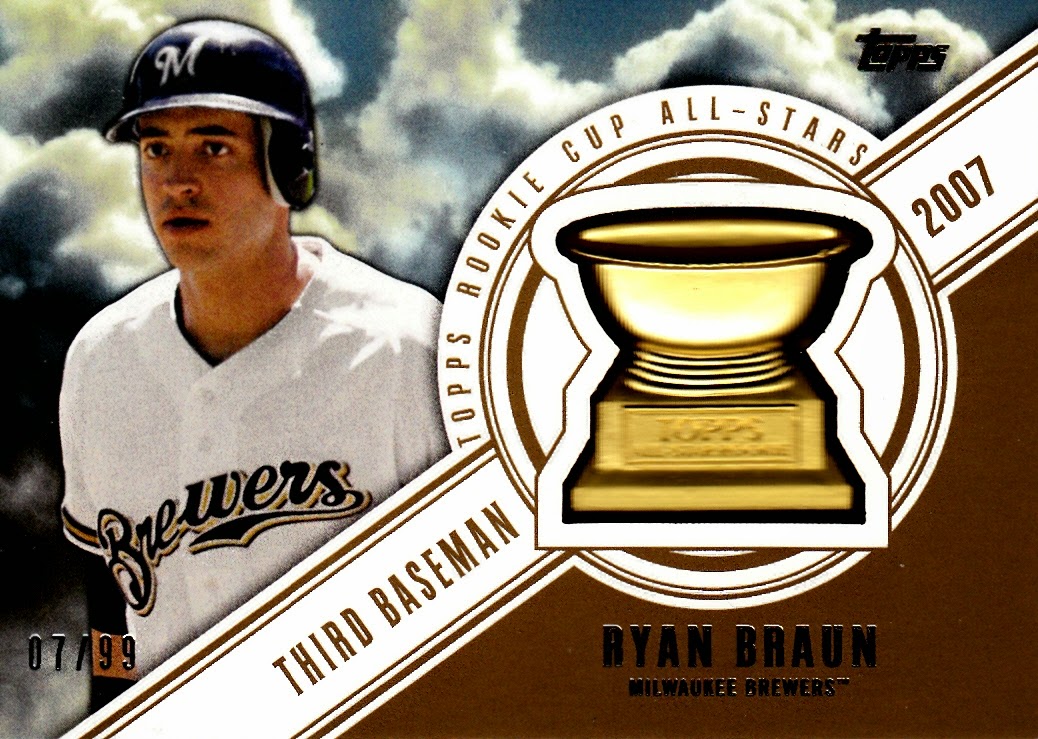 I feel the need to make this scan extra large for a reason: this card is ridiculous.  I tried to count, and I think it is at least 12 times as thick as a regular card.  Seriously.  Two dimensions cannot do this card full justice.  I set the card on its end and scanned, and this is what it looks like:

I was blown away by it.

If he stopped there, it would have been an awesome trade in my book.  But he kept giving.  In his email, JM also mentioned that he was a "Gary Carter supercollector."  My response was basically that he should send whatever he felt appropriate.  He exceeded all expectations.  Here is what he sent to me: 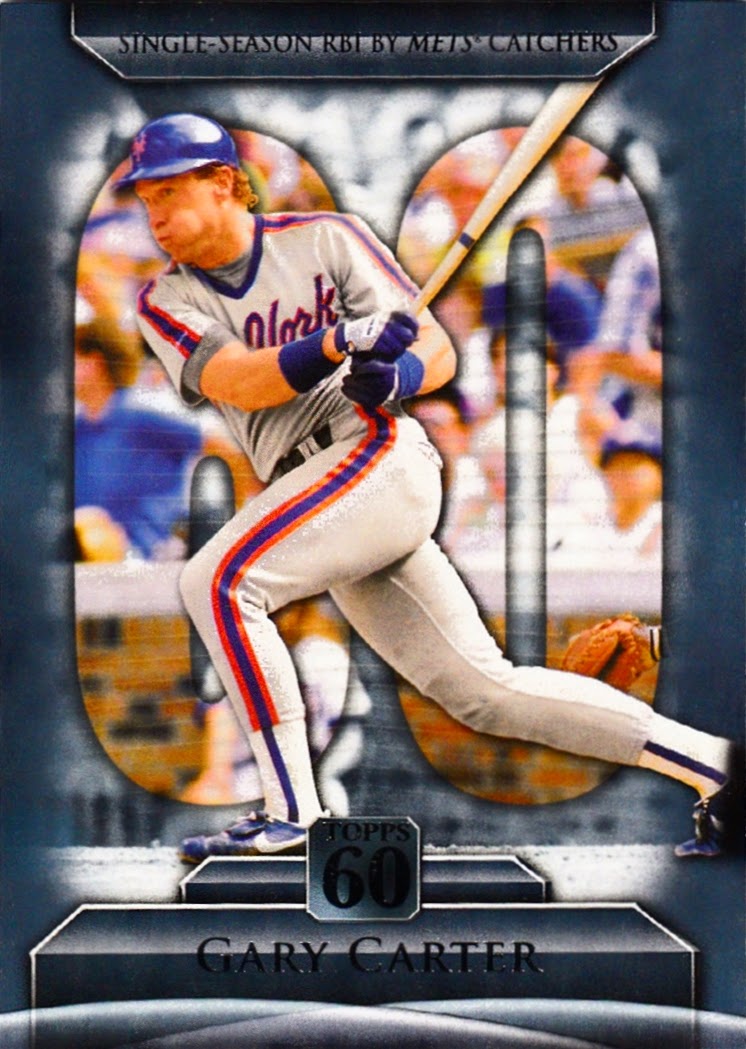 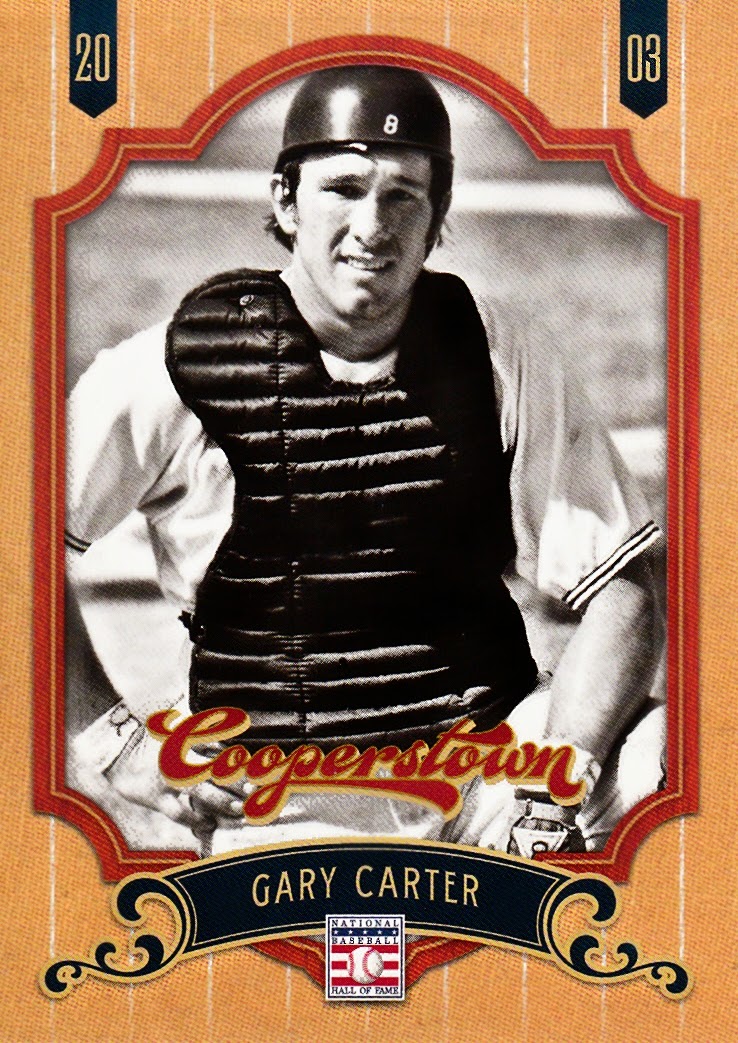 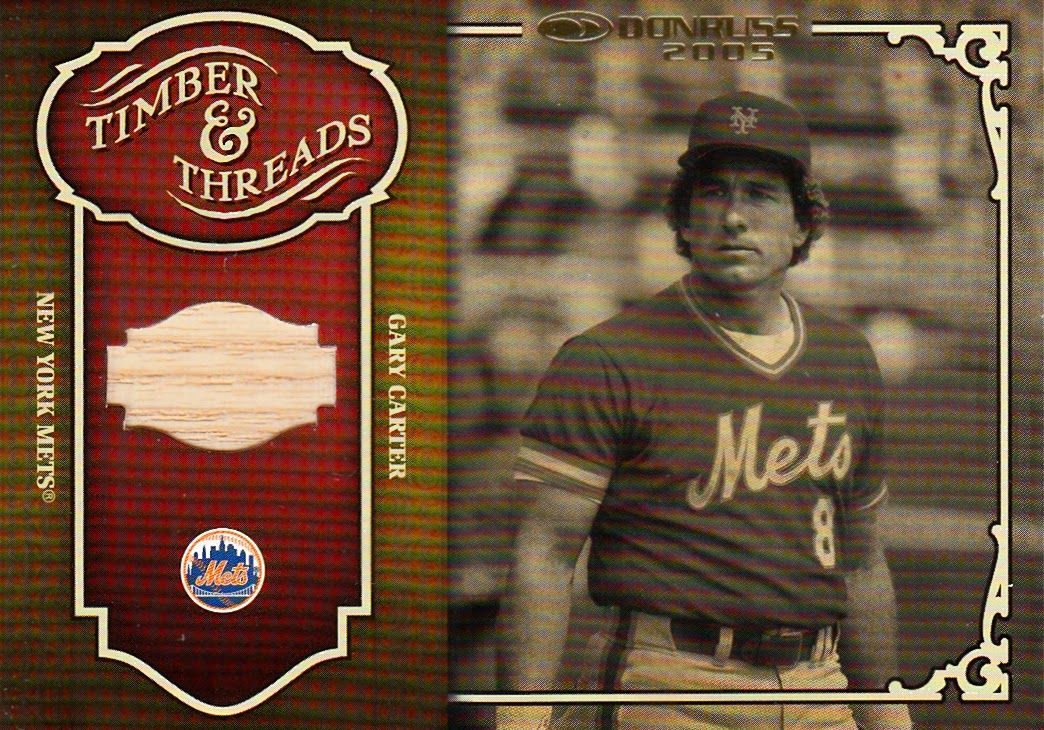 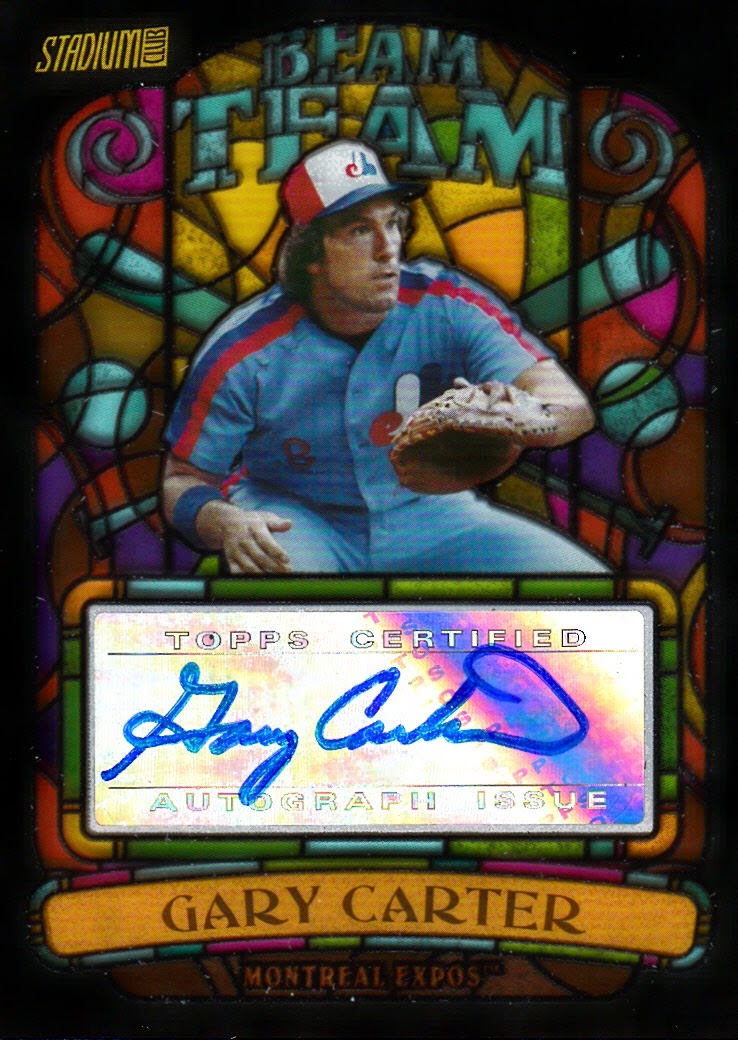 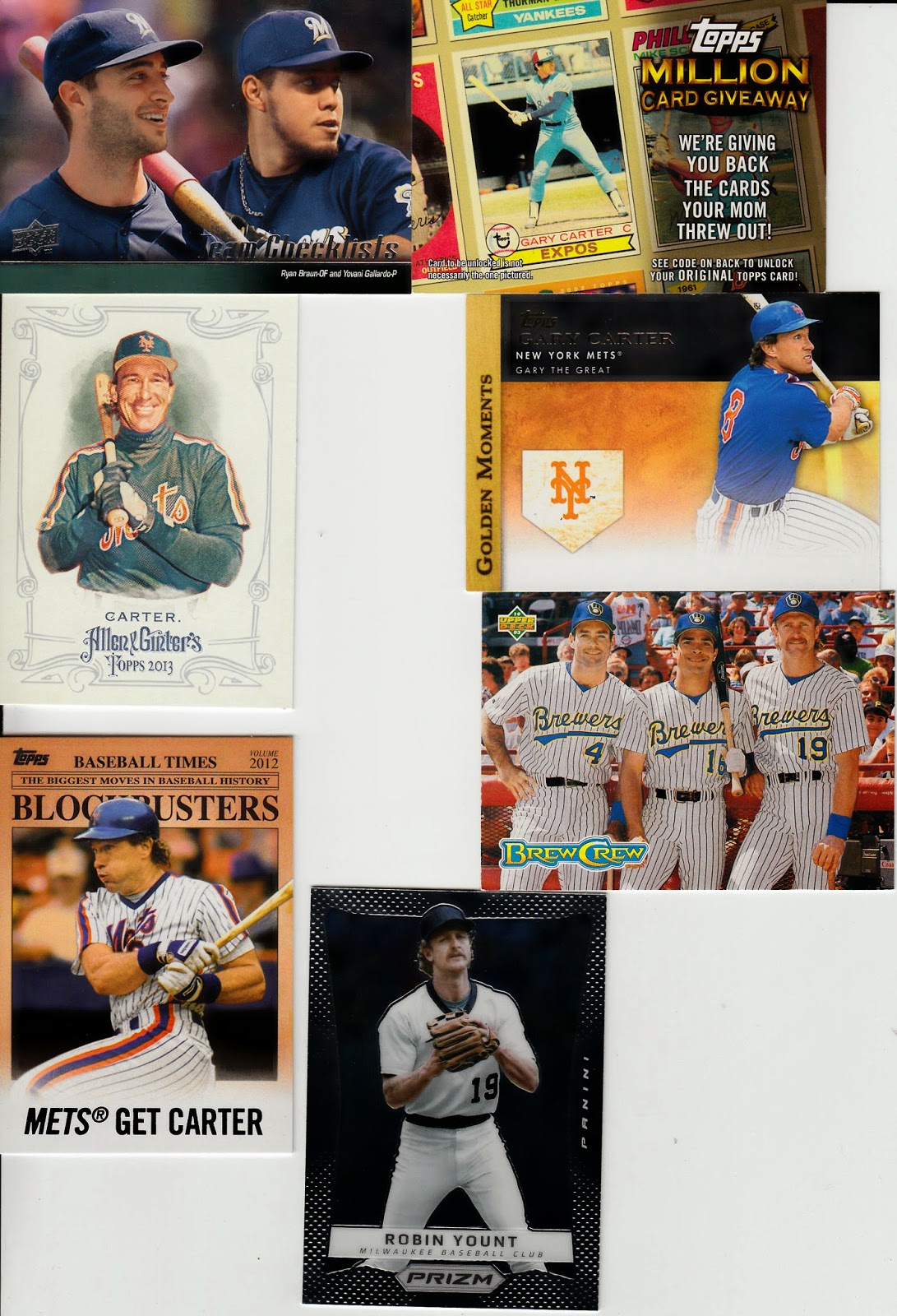 So, he sent me my first Gary Carter autograph that I have gotten since the Mets postcard I got from Mr. Carter in about 1985 and, in addition, my first Carter relic.

Then there were the Younts and other Brewers.  You can see the Prizm above along with the Upper Deck 2010 checklist with Braun and Gallardo on it (now I need just two more of that one -- one for the Gallardo collection and one for the Brewers team collection!).  That's just the tips of the iceberg: 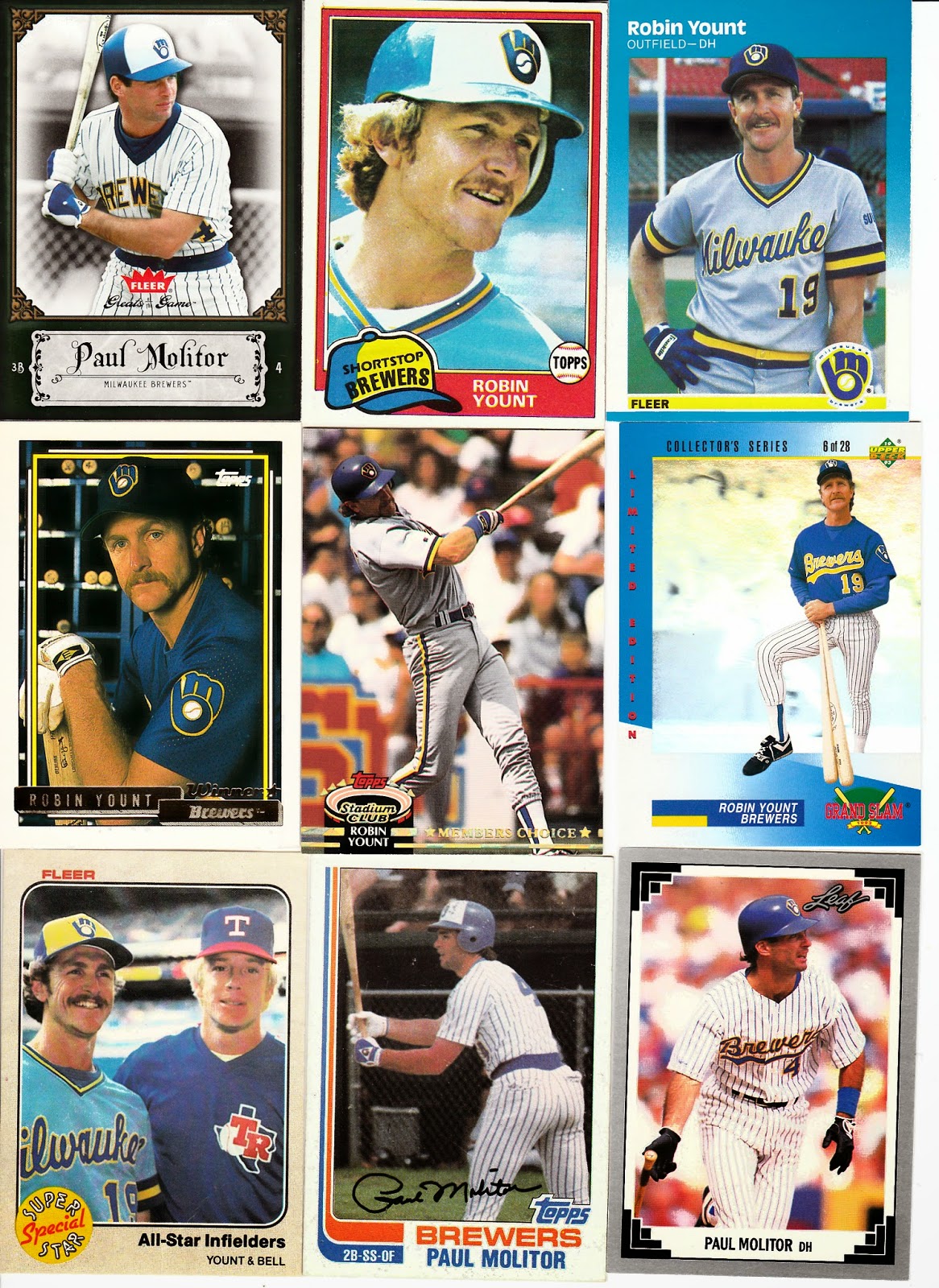 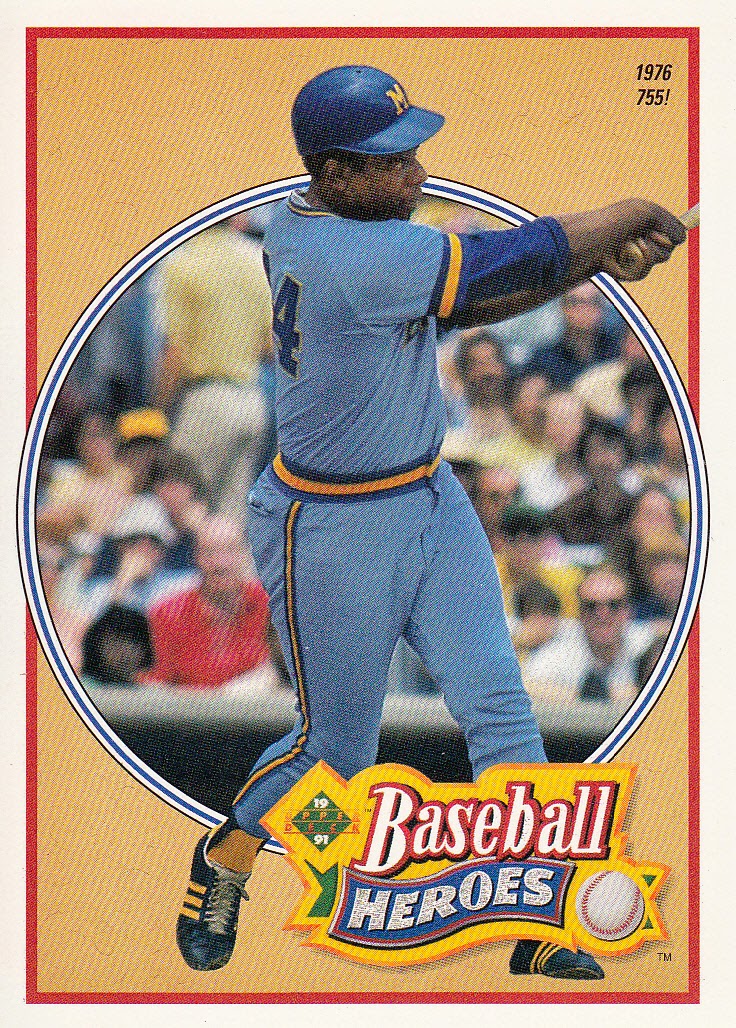 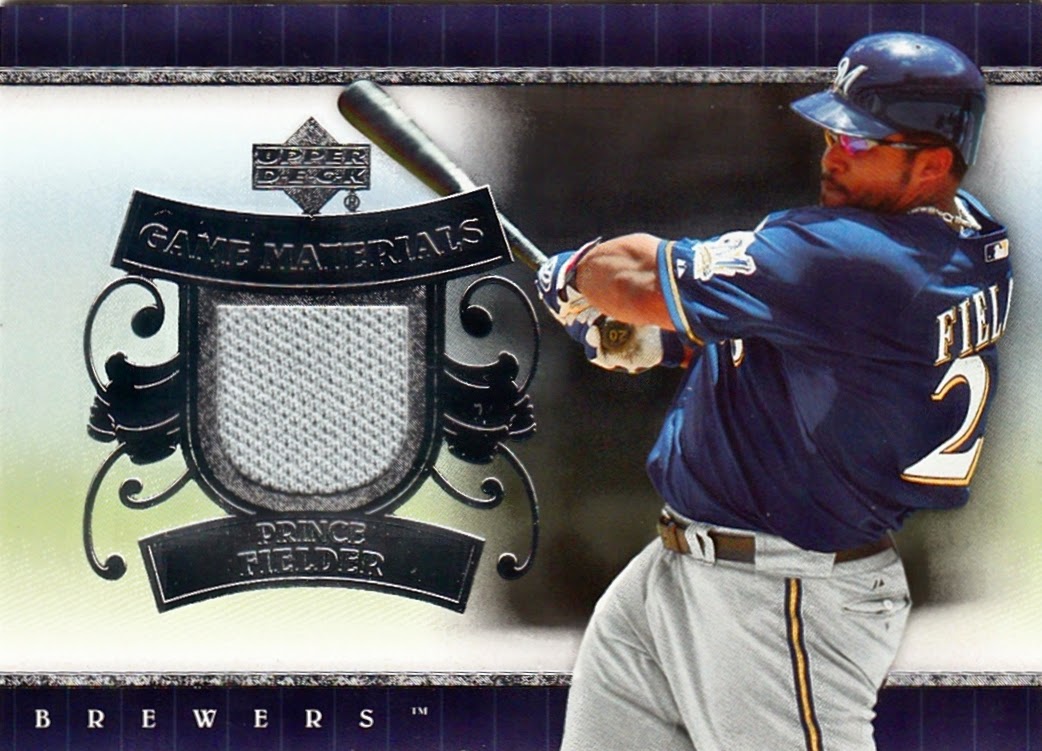 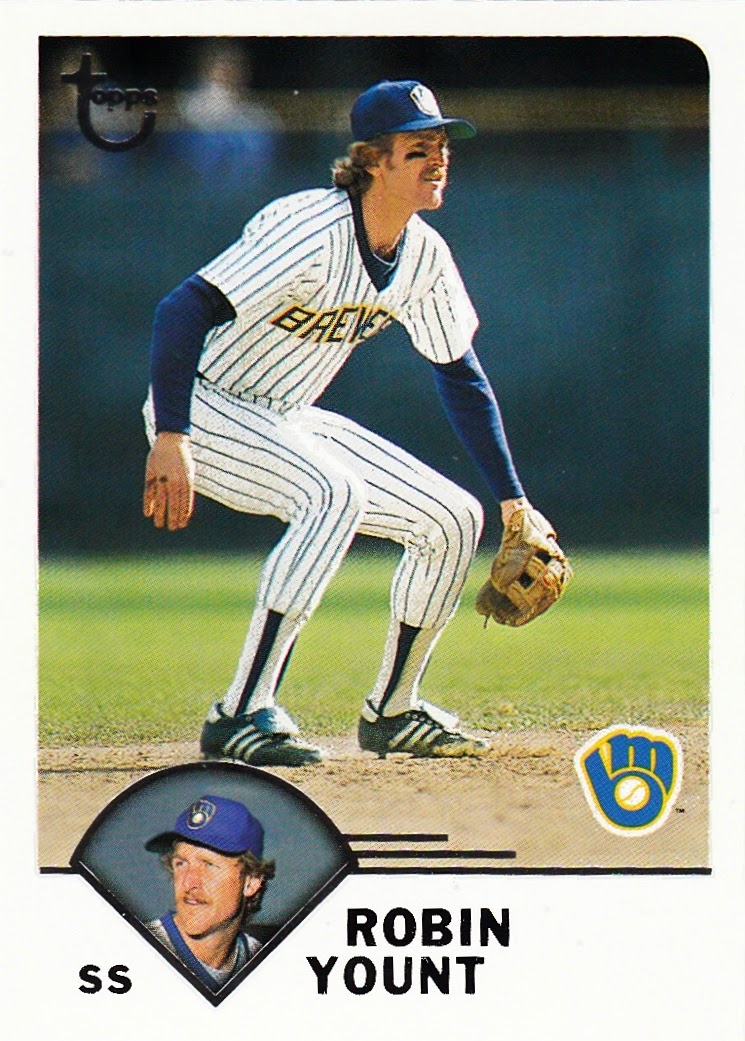 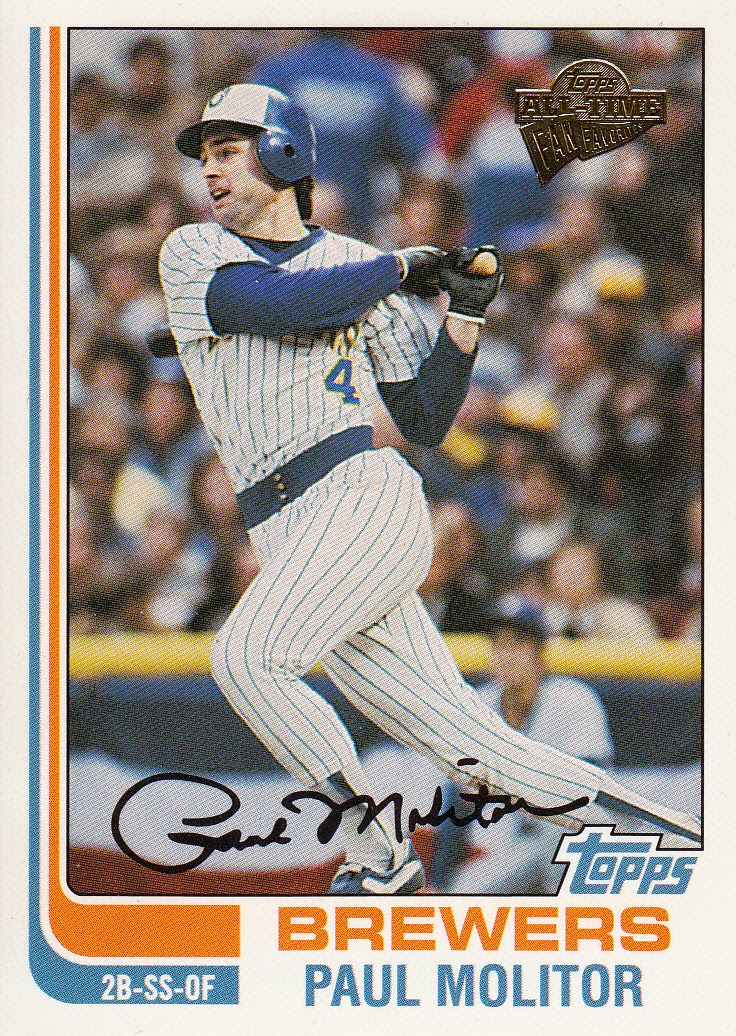 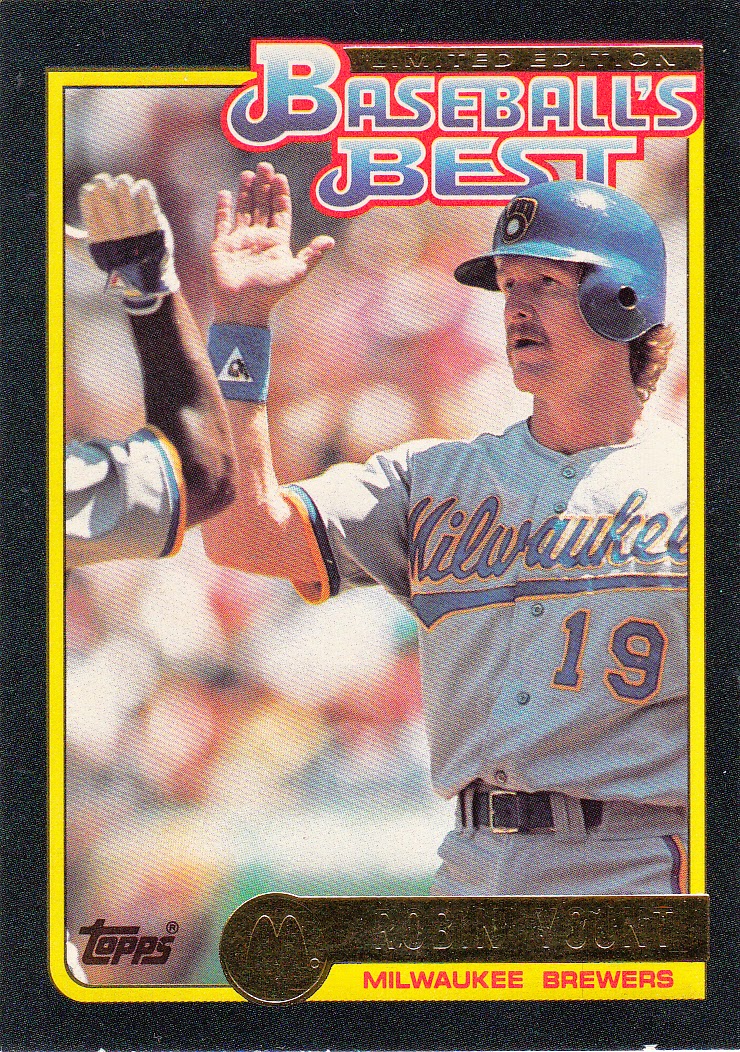 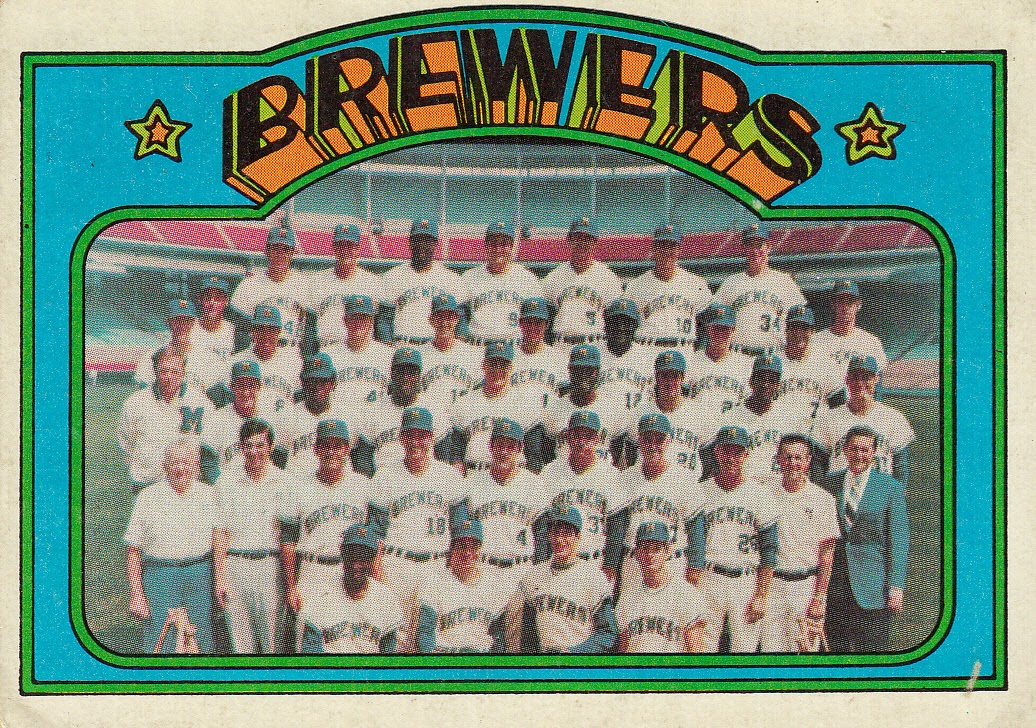 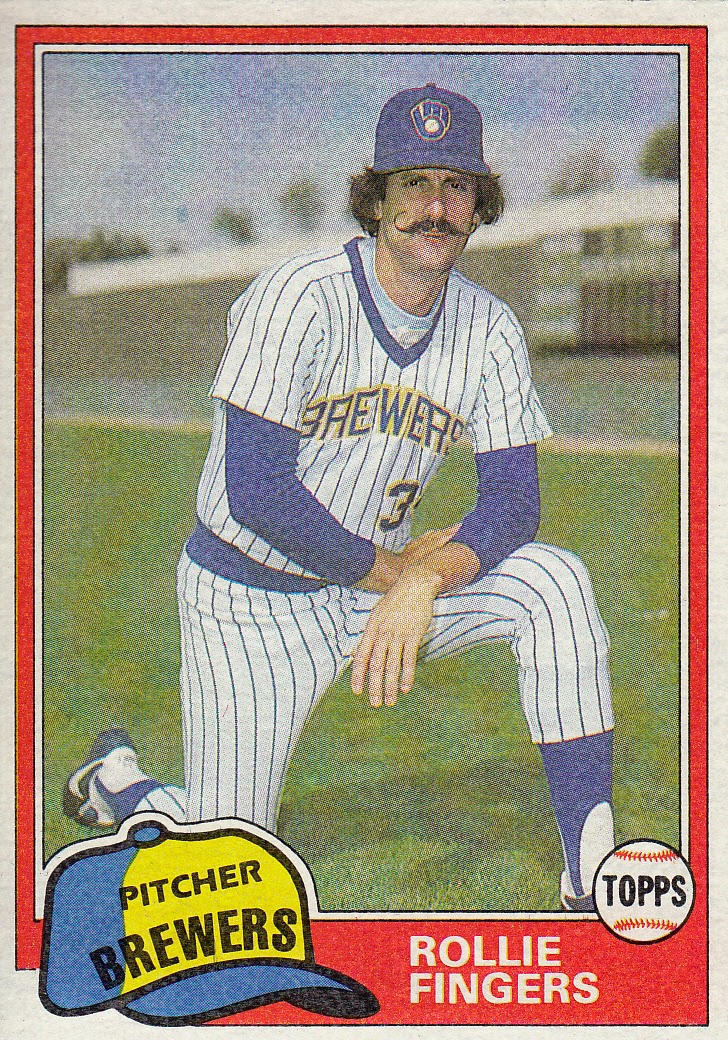 Of all of these and despite my not having a Rollie Fingers player collection, I love this last one the most. I mean, the 1972 Topps team photo is awesome too, but this Fingers takes the cake.  At age 10, I had to choose between the 1981 and 1982 Topps Traded sets, and really, I didn't have a choice.

By the time I was looking, the 1981 set was selling for $40 or $50 because it had two of the hottest rookies around -- Fernando Valenzuela and Tim Raines.  So, I got "stuck" with the 1982 Topps Traded.  Now, today that's a great deal because of the Cal Ripken card, but in 1982, it meant I never had this awesome Rollie Fingers card.

The closest I had come before opening the trade from JM was this K-Mart MVP Card: 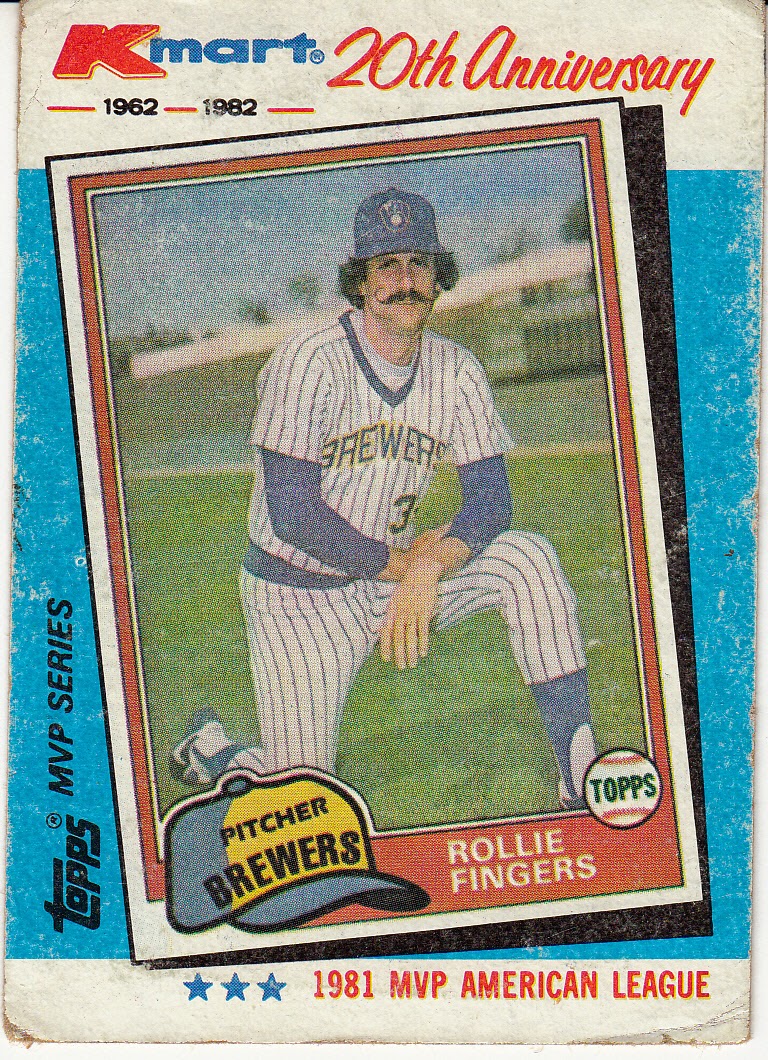 Thanks to the world of blog trades, I now have the real thing.  Thanks JM!
Posted by Tony L. at 8:21 PM