Memorabilia Monday: A New Entry Into my Favorites

There is a saying that there is no zeal as strong as the zeal of the newly converted.

It is most frequently applied in the realm of religions; indeed, a group called the Pew Research Center's Forum on Religion and Public Life found the statement quantitatively true -- at least slightly -- through a survey performed in 2007.  Similarly, though anecdotally, the Australian Broadcast Company has a link to a YouTube video showing a woman who became a zealot against climate change after watching a documentary on melting glaciers.  So, it's not just religion that can bring about such feelings.

The obvious place this is going is for me to look into the mirror.  With a zeal reserved in life for those new or rediscovered loves, I have been attacking eBay with nearly reckless abandon -- searching for items for my Robin Yount collection or my Brewers collection or my Paul Molitor collection.

In that search, I found a new item that immediately became one of my favorites: 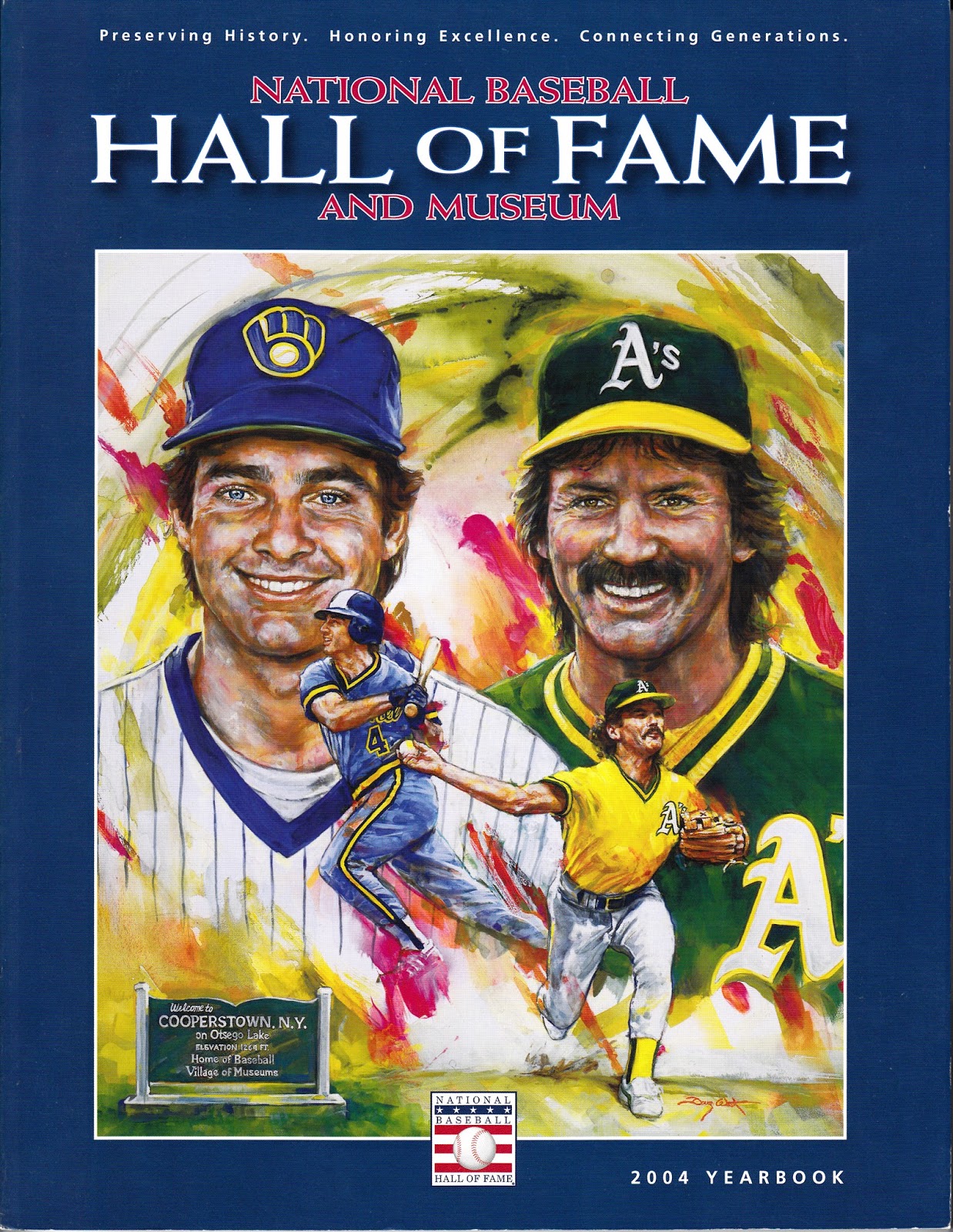 This is the 2004 Yearbook for the Hall of Fame induction for Paul Molitor and Dennis Eckersley.  It had a cover price 10 years ago of $10, and I got it for not much more than that.  It has the short biographies of all the members of the Hall of Fame as well as a three-page discussion of Paul Molitor's career.

I have a bunch of Molitor autographs.  Of all the top stars from the 1980s Brewers, Molitor was the most approachable and most likely to be appearing for autograph signings.  Kids loved him so much that Pepsi and the Brewers named him the "Honorary Captain" for the "Milwaukee Brewers/Pepsi Fan Club" -- which gave away such wonderful hats as this one:

No, I don't have that any more.  But, as a kid, I was a member because for the low price of $8 and two Pepsi proofs of purchase, you got 6 tickets to Brewers games.  And, you could upgrade them to better seats at a cut-rate price.  It was awesome.

That's it for today's Memorabilia Monday.  Apparently, we are going to be taking cover from severe storms for the next day or two here in Atlanta, so I can't guarantee I'll post tomorrow.

Please enter my 100th post contest -- I really want to give away a bunch of stuff if I can, but I need your help to do it.

Thanks again for reading.
Posted by Tony L. at 7:58 PM