A couple of wins on Listia

I'm not terribly inspired tonight.  In fact, I've had far too much wine.  In this situation, I probably should step away from the keyboard and try again tomorrow.  Instead, I'll give you a really brief post.

I haven't done much on Listia.  I haven't put up any auctions, and frankly it still is a little strange to me to go there.  My issue is really that I don't know how to put any "value" on what a credit there means.  But, since Listia gave me a couple of thousand credits when I signed up, I felt obliged to spend them.  So, here's two cards I got as a result. 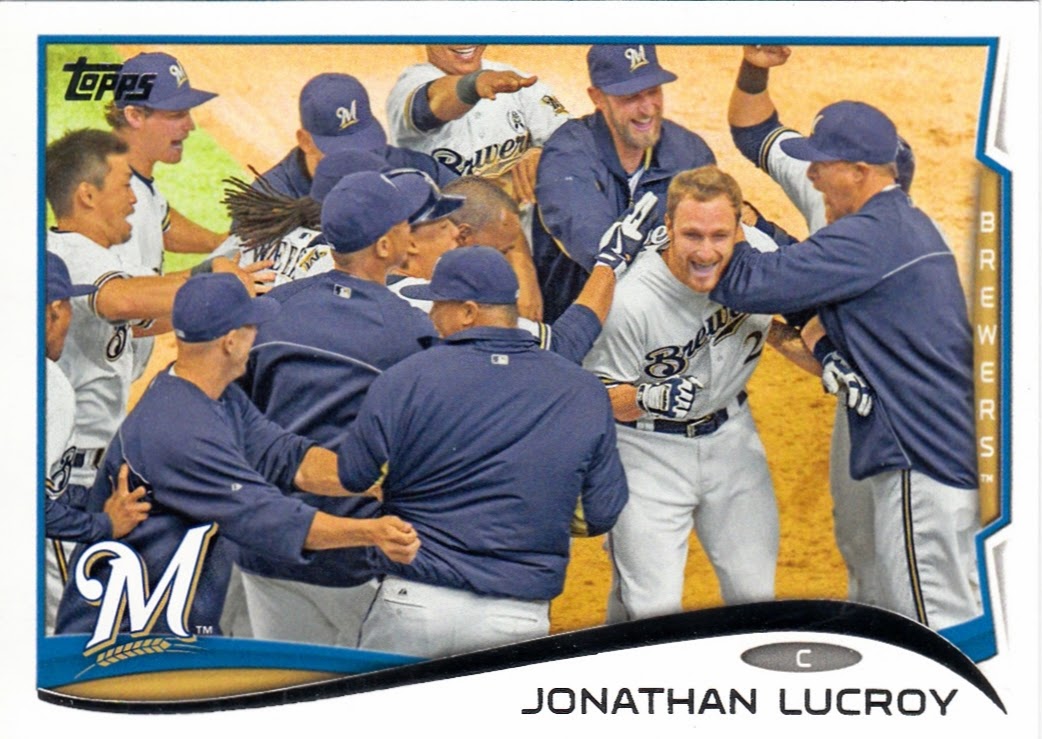 First up is the 2014 Topps base card for Jonathan Lucroy.  I like this card because it appears to be a walk-off home run or some other walk-off variety hit.  That said, I did not have this card in my collection so it was a good deal to me. 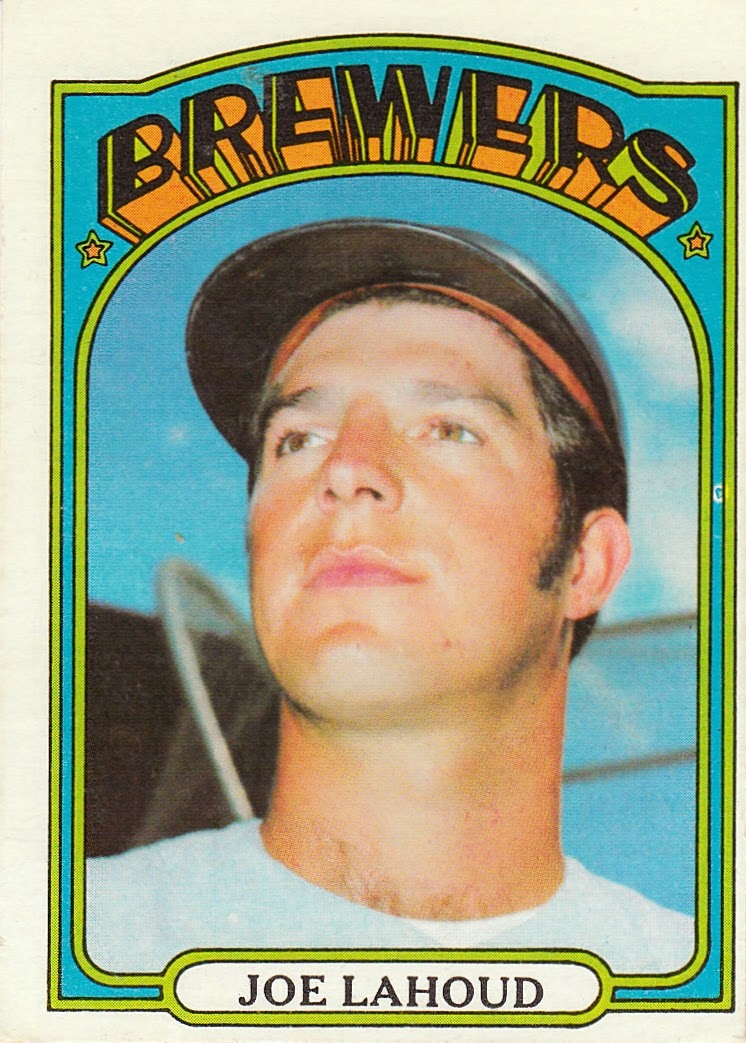 On the other side of the virtual coin, I picked up this Joe Lahoud card from the 1972 Topps set.  From this photo, he literally could have played baseball for any team at any point in time that used color photography. In all likelihood, this photo was taken while Lahoud played for the Red Sox.  Lahoud was a Brewer for two years -- 1972 and 1973.  The Brewers traded him to the California Angels after the 1973 season and that was that.  But getting this card for "free" was pretty awesome.

I promise I'll post more this weekend, including some trade posts.  My wife and I are headed to a flea market tomorrow -- she's looking for some records (vinyl ones) so it's an excuse for me to go looking for randomness.