All Yount, All the Time

I have mentioned before that I struggle regularly with the impulse to try to make up for 25 years away from baseball cards by buying literally everything in sight.  I look longingly at full cases of random sets on DA Card World or Blowout Cards or eBay and have to talk myself out of dropping hundreds of dollars on some unopened cards that I probably hadn't even heard of 30 seconds earlier.

Now, the one part of my collection that I really feel I have a good handle on is my Robin Yount collection. It's the only part where I have sat down and truly identified everything I have.  So, when I buy something, I know I need it (for the most part).

So, when I get to the point where I want to spend too much money on something, I reign myself in, set myself a budget, and login at COMC.  God, I love that website.  I hope they make it through their legal issues with Beckett without it killing COMC's business or altering their business plan significantly.

Anyway, COMC has made filling the holes in my Yount collection -- especially the oddball holes -- so much easier than I could have ever hoped for when I got back into collecting.  So far, in the past two months, I've gotten something like 125 cards from there that I've needed and none of them cost me more than $1.  I received my second shipment of about 90 cards (paid less than $65 including shipping) in the mail today, and here are some of the highlights in no particular order.


Then, there was this one.  We've seen him before here, the strange result of being pulled from a repack.  It's Cap'n Crunch Yount Number 2. 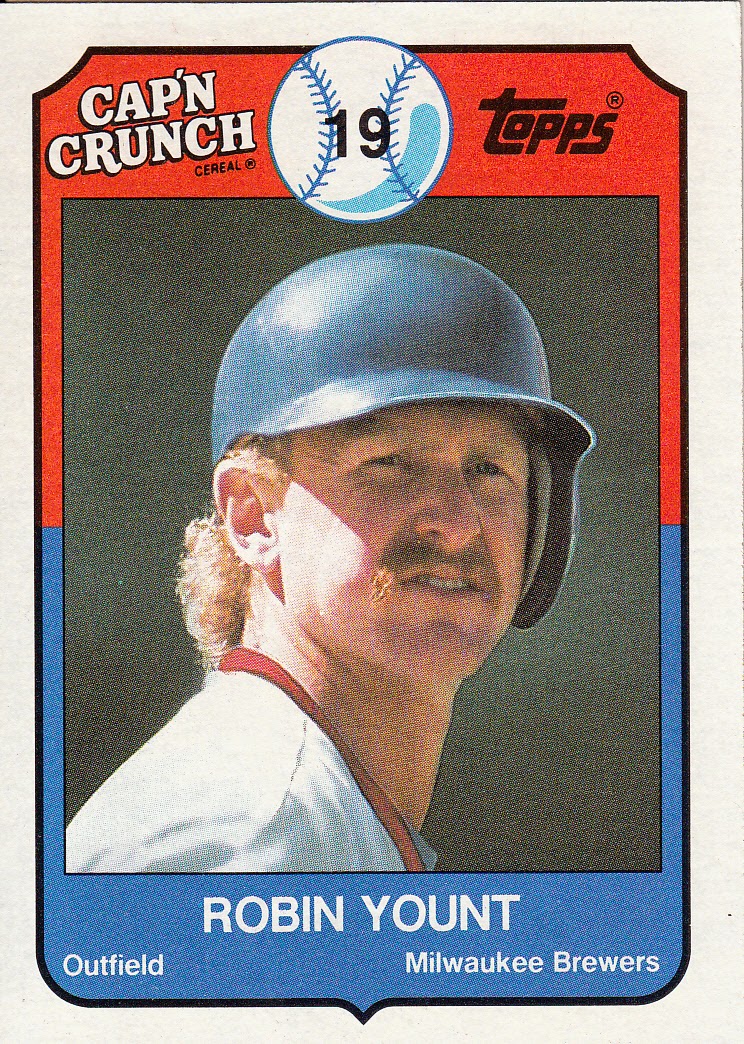 Like I said, I am hopeful that things turn out well for COMC in its legal battle with Beckett.  The most important document that I have not seen -- because it was not a part of the documents available in PDF form that the attorney who wrote the story for Cardboard Connection poasted -- is the licensing agreement between Beckett and COMC.

It's easy to read the complaint against COMC and think, "damn, Beckett's got them dead to rights."  It's never that cut and dried or easy unless the licensing documents for COMC to use Beckett's "trade secrets" are as clear as the complaint makes it seem.  Even then, there are arguments that can be made.  That's why lawyers get paid well.

Keep an eye on that lawsuit -- it could affect each one of us who has bought or might buy from COMC.