Completed Trade with All Trade Bait, All The Time

Mr. Stealing Home from All Trade Bait All The Time posted a Ryan Braun insert about a month ago that I really liked.  I reached out to him, and we were able to work out a deal.  The Braun actually ended up being one of the lesser cards that Oscar sent.

Now, if you read his profile, you can see that S.H. is a Dodger fan, but he's been kind enough as well to fill us in on some of his favorite music.  He likes The Stones, The Clash, X, Roots reggae, the Cramps, and Social Distortion. So, let me pick some songs out of those catalogs -- massive though they may be, especially since roots reggae is like "grunge" rather than being a band -- and introduce some of the cards that he sent.

One of the Stones most overtly political songs (Keith Richards said in a 1981 interview with Rolling Stone that he relates this song to English politicians who did nothing and caused the country's decline when times got tight) is also the only song to introduce a Prince Fielder insert from Upper Deck: 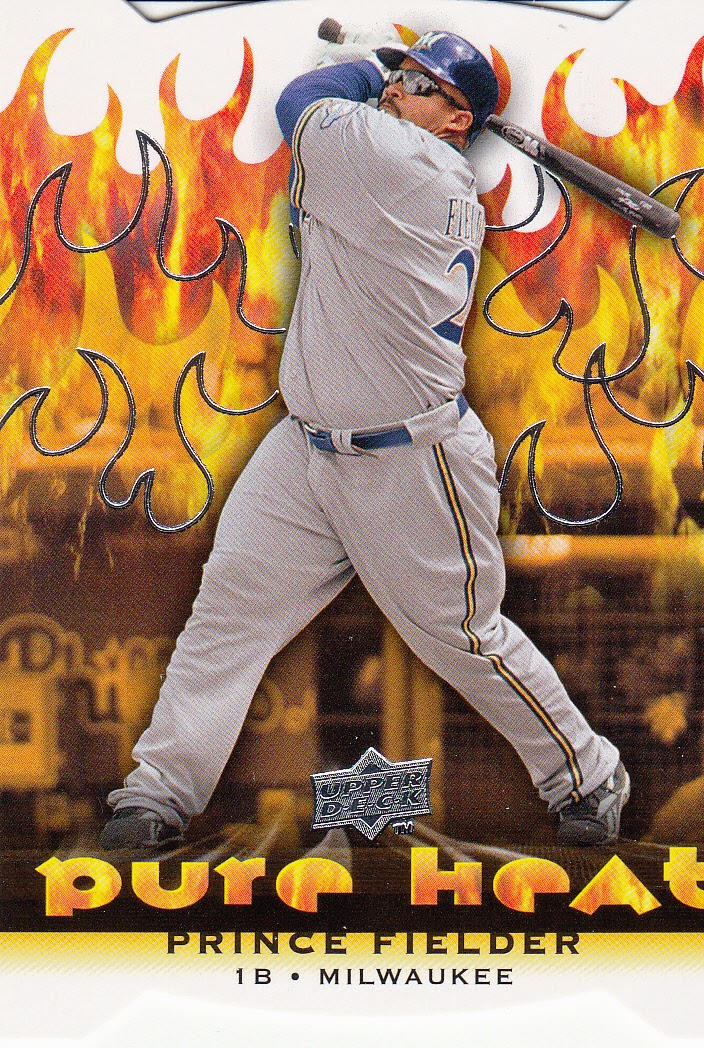 I remember that Stones song from being a kid -- it had a catchy hook to it, and something about the song did feel at least a little countercultural.  Fielder's Pure Heat card pales in comparison, but it's tough for cardboard to beat out music.

When I saw that SH liked the Clash, well, that is what inspired this entire post's theme.  To be fair, this theme is a bit better than, "Hey, look what I got y'all!"

I've loved The Clash since I heard Rock the Casbah as a 10-year-old.  Then, I went to college and had a good friend who was a huge Clash fan.  He gave me a dubbed version on cassette of London Calling, and I was totally hooked.

The Magnificent Seven clip above is from the Tom Snyder Show in 1981.  The song itself comes from the triple album Sandinista!, which Rolling Stone magazine ranked as #404 of the 500 best albums all time. I own it on CD.

This song is not that much of a stretch for introducing four-time Brewer All-Star Don Money who, you guessed it, wore the number 7 in the mid-to-late-70s and early 1980s. 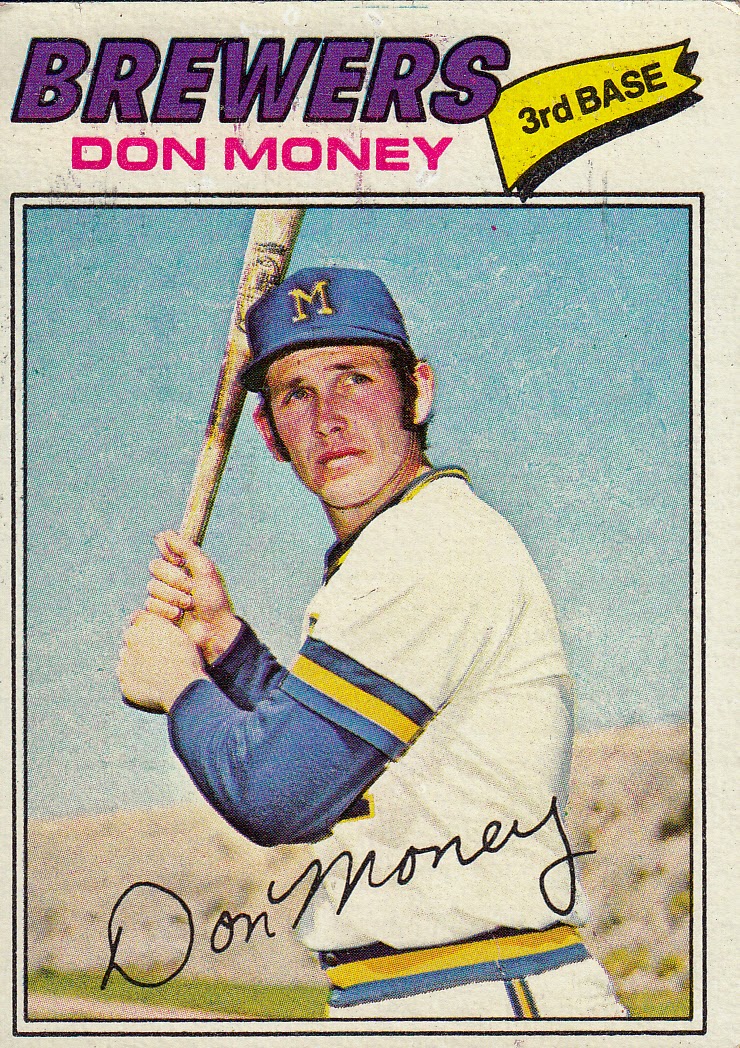 That is some 1977 goodness right there; SH also sent me a 1979 Topps of Money.  Money's best year probably was 1977 -- he hit 25 homers, drove in 83 runs, was an all-star, and played 152 games split amongst second base, left field, third base, and designated hitter.  He was Tony Phillips before Tony Phillips was.  Money retired at the end of the 1983 season, and he is a guy who is one of my player collections I'm putting together.

The band X is not one I've listened to much, to be honest -- I should have by now because I do like punk, but I just haven't.  Anyway, when I saw this song and its title, I knew exactly which card had to accompany it -- the guy whose 2006 signing screamed "We're Desperate" to free agents everywhere...at least in my book: 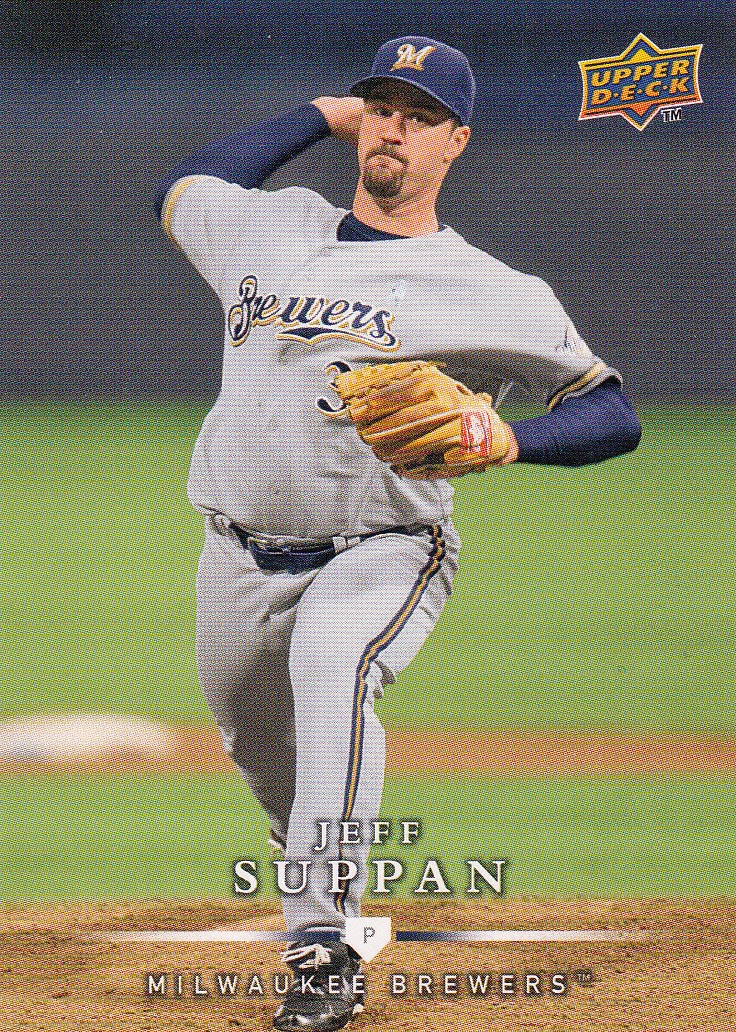 The Brewers signed Suppan after the 2006 season from St. Louis.  Taking a page from the late Al Davis, the Brewers brass apparently believed Suppan's NLCS MVP Award meant that Suppan was primed to become an ace -- contrary, of course, to everything in his career otherwise.  To be fair, Suppan was coming off a 190 inning season with a 4.12 ERA and a ERA+ of 108.  Otherwise, Suppan's career screamed "MEDIOCRE INNINGS EATER."  By the time his albatross of a contract was nearing an end -- four long years later -- the Brewers had realized that you do not qualify as an innings eater if you only pitch 31 innings in 15 games...at a 7.84 ERA and just cut him.  Of course, Suppan caught on with St. Louis and pitched reasonably well for them.

In honor of the year that he had in 1981, the only one who could be honored appropriately with "Tear It Up" by The Cramps -- the innovators of psychobilly (a subgenre that is alive and well, thankfully -- just stop at the Star Community Bar in Atlanta for that) -- is Rollie Fingers.  Now, I have had this card since it came out in the early 1980s, but, well, my card looks like it.  This one is a huge upgrade in condition for me: 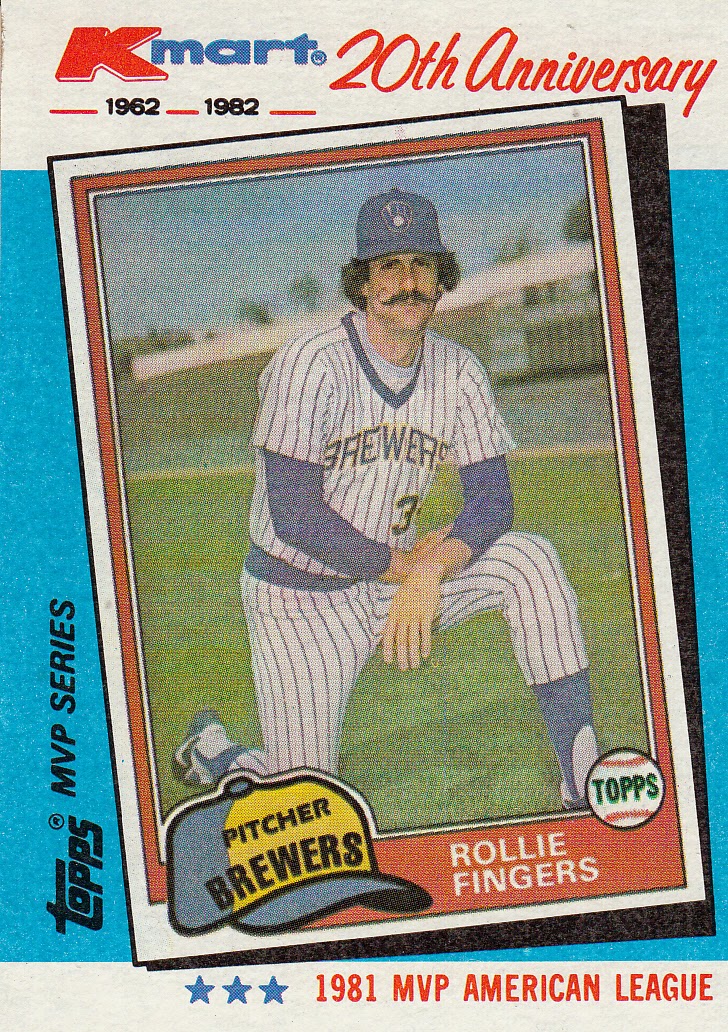 "Well it's been ten years and a thousand tears and look at the mess I'm in...."

In his tenth season with the Brewers organization and with a contract that, in fairness, may look like a bargain at some point but could easily end up an albatross, the only player who could be feted with Social Distortion is none other than Ryan Joseph Braun: 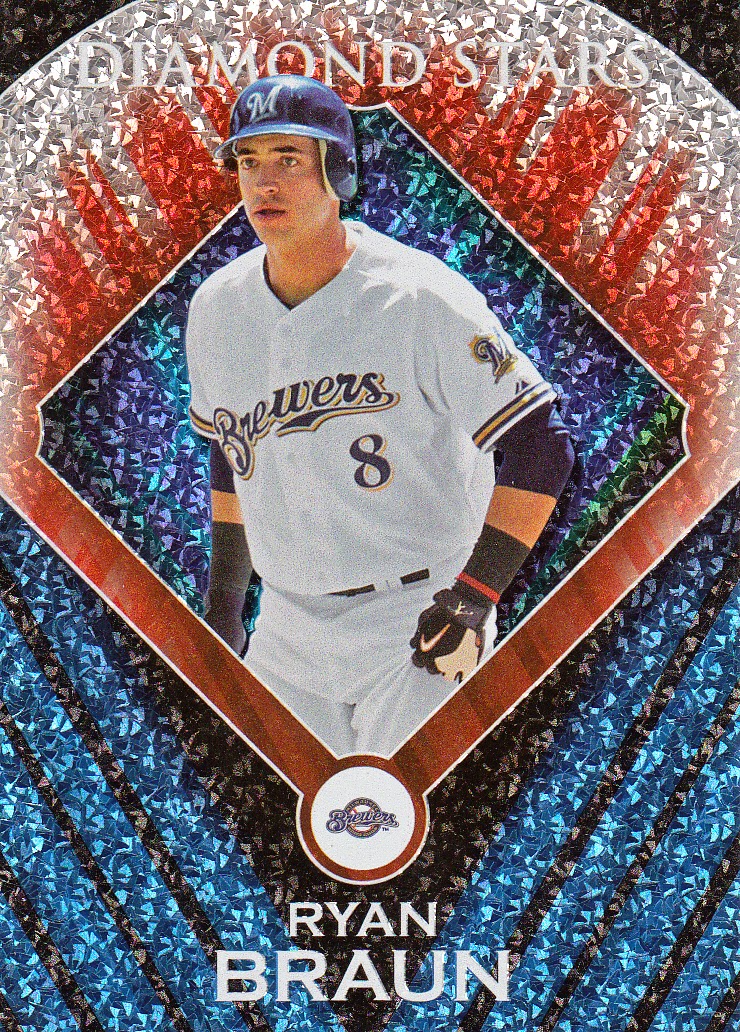 Both of these will work well in my team and player collection.  There were a number of other cards, but I worry that I will bury this theme if I go for another round!

Many thanks to Mr. Stealing Home for the trade, and I hope that both you and he enjoyed the musical interludes.