Gems from the Dime Box

A couple of weeks ago, Nick of the Baseball Dime Box wrote his paean to repacks, calling his post "The Repack B-Movie."  In the post, he expressed his love for the repacks -- a love I strongly share because you get such fun randomness from those Fairfield packages.

In his post, though, Nick mentioned how much he really liked both the Conlon Babe Ruth set and the set that Pacific released around the Eight Men Out movie back in 1988 and, in addition, how much he liked that movie.  Since he already owns the movie, I offered to send him as many of the cards that I could find laying around here from that movie that I had picked up in repacks.  I also sent him a few of the Conlons as well -- also in my collection thanks to the repacks.

In return, Nick surprised me with some cards I really needed and really liked.  I'm finding that I like trying to write trade posts around themes -- they are more fun for me to write than, "hey, see what I got.  Okay, later."  So, here are a few B-movies to introduce the cards I got from Nick.

The Amazing Colossal Man
This is a movie recommended on a list by Chris Nashawaty, a movie reviewer on the Huffington Post.  The basic gist of the movie is that radiation causes a man to grow to 70-feet tall and start wreaking havoc on Las Vegas.

I'll take the movie name more seriously and use this to introduce the two cards that Nick sent to me that portray the Amazing, Colossal catcher, Gary Carter: 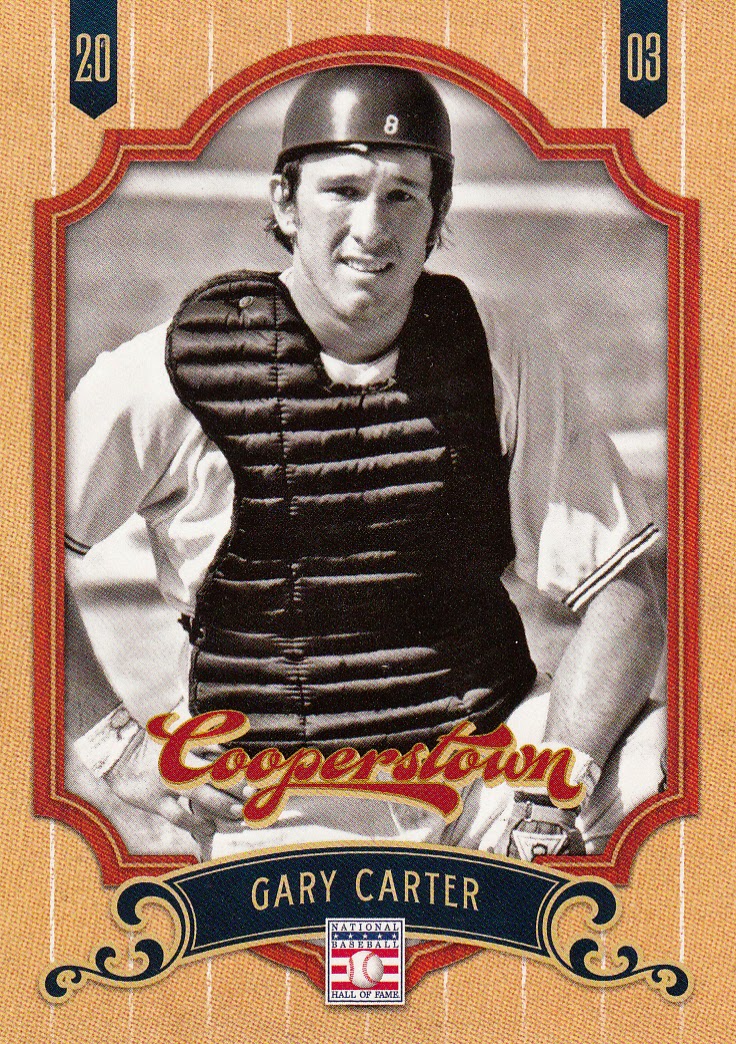 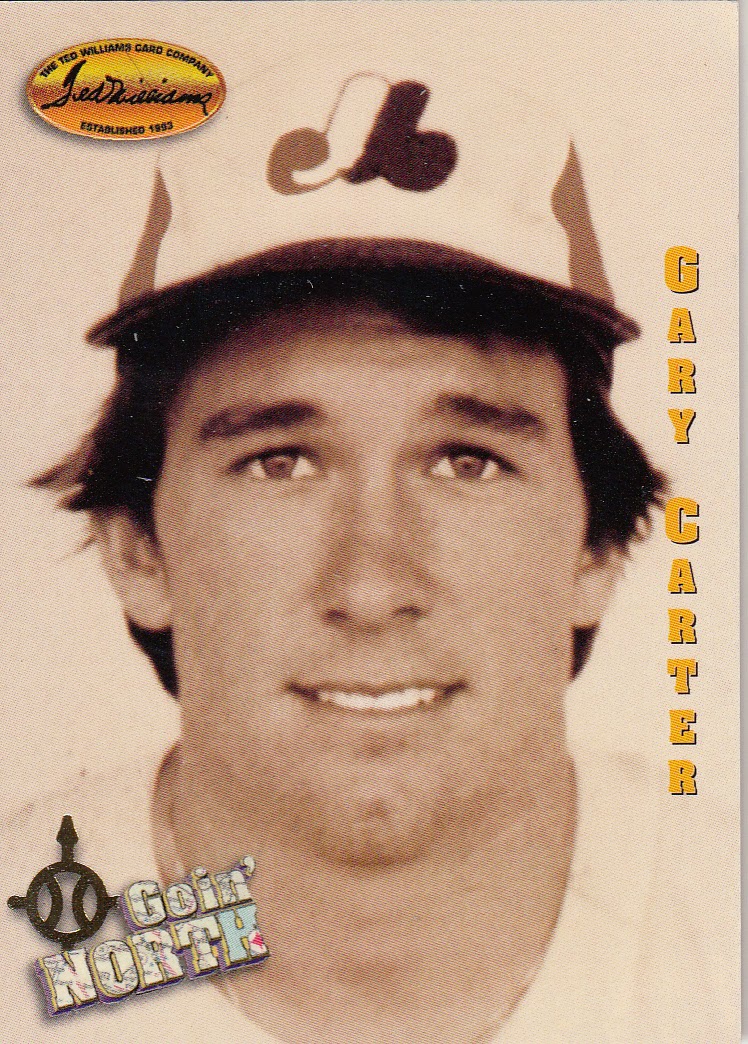 I especially like the Ted Williams set card of Carter since it was during a time when logos could still be used, though the Cooperstown card does not look horrible or out of place for not having logos.

It Came From Outer Space
This is an anomaly in horror films, in that it is a G-Rated Horror film from 1953.  It's a black and white 3-D film, and it strangely enough stars none other than Russell Johnson.  Those of us who grew up on UHF reruns of Gilligan's Island know that name better as the actor who played The Professor.

All these weird confluences are appropriate to introduce a sparkly blue serial numbered card from the 2014 Opening Day set of a player who, in many respects, is a bit of an anomaly himself: Jean Segura. 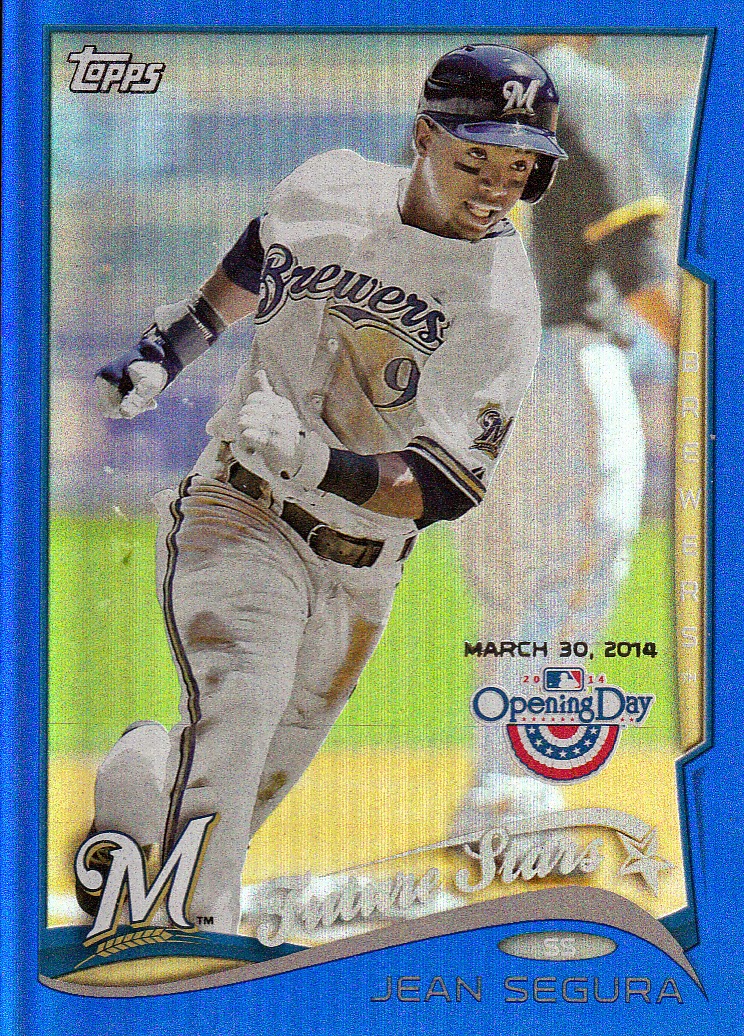 Elephant Parts
A movie that one website called "so goofy that it feels like you just exhaled your third monster bong hit of the night."  It stars former Monkee Michael Nesmith, and it is essentially an hour of weird comedy sketches and music videos.

The name of the movie -- and its goofiness -- are appropriate for a Wal-Mart Prince Fielder: 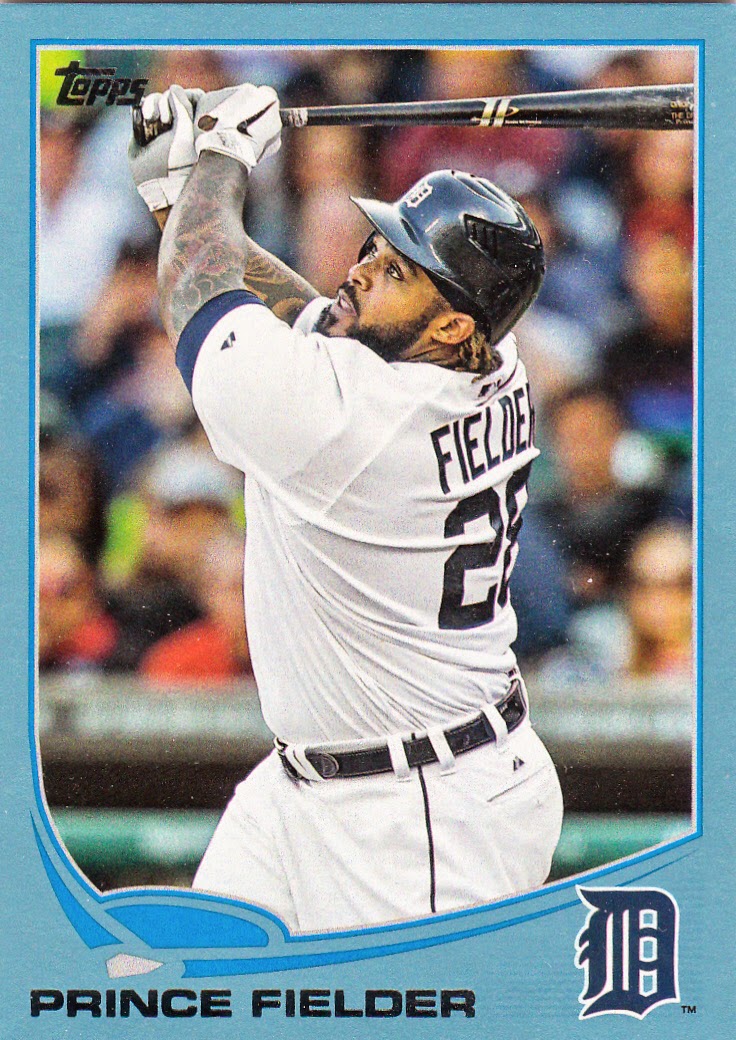 Eight Legged Freaks
The most recent of the B-movies on this list, this movie starred David Arquette, Kari Wuhrer, and Scott Terra fighting what calls "a variety of horrible poisonous spiders [that got] exposed to a noxious chemical that causes them to grow to monumental proportions."

The cards Nick sent have nothing to do with spiders, David Arquette, or noxious chemicals (though sometimes I do notice a strange smell around the 2014 Topps base set cards from their printing process); it's just that Nick knocked off 3/4 of my 2014 Topps Series 1 Base set needs!

Many thanks to Nick for this great PWE of cards from the Dime Boxes of Illinois.  The best thing for Nick is that I have found a few more of those Eight Men Out cards!