Breaking Down a Trade with Baseball Card Breakdown

Fellow bloggers last year voted Baseball Card Breakdown as the Best New Blog of 2013.  As I was just getting into the blogosphere at that point, I am not sure what the criteria for that vote were. But, I'm pretty sure that the award was deserved under whatever criteria were used.  Gavin is a very good writer, he is creative, and he's generous to a fault.

He and I exchanged trade envelopes after he posted a Nyger Morgan Sliding Stars card from the Gypsy Queen set that I did not have.  Here's that card: 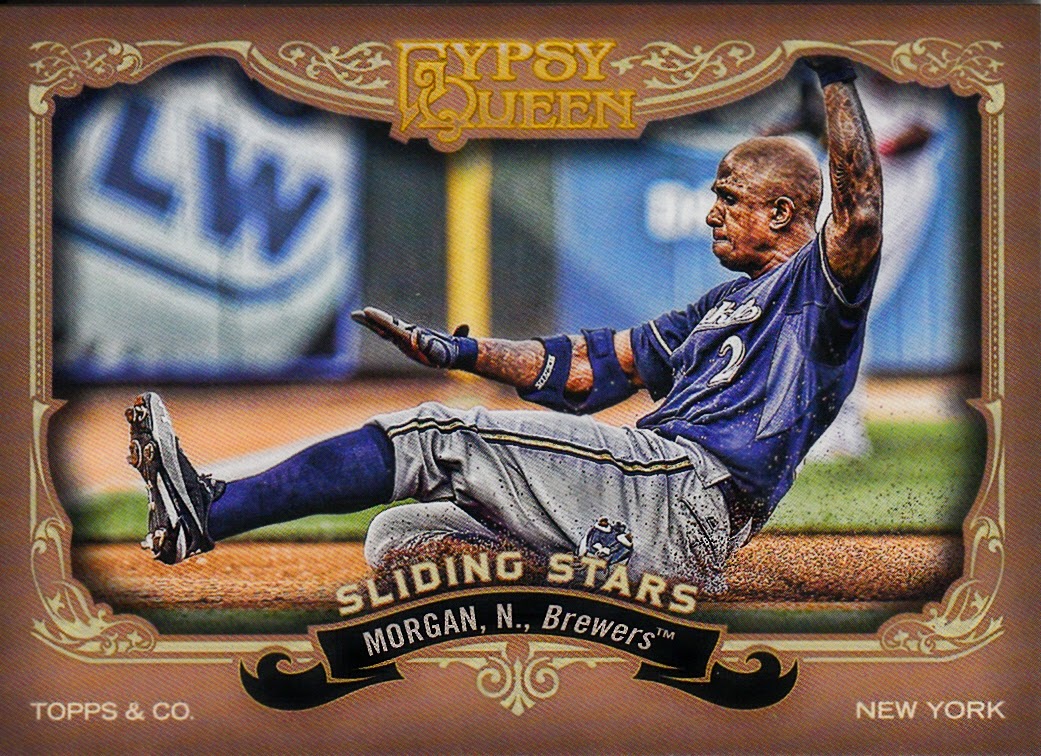 Along with this card of the departed Tony Plush -- who used to be a great character on Twitter when Morgan's baseball career was going well; now, it's just a photo of Morgan with his hockey gear on (and yes, he played at a pretty high level once) -- Gavin included a number of great Brewers cards including the 1991 Topps Traded Brewers team set: 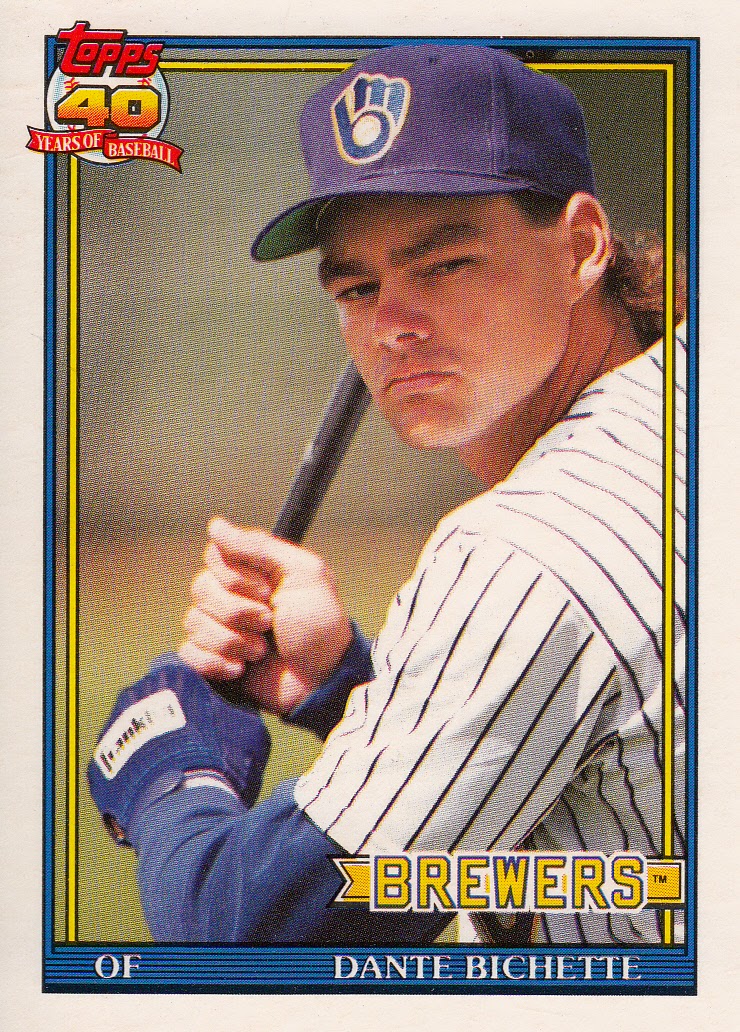 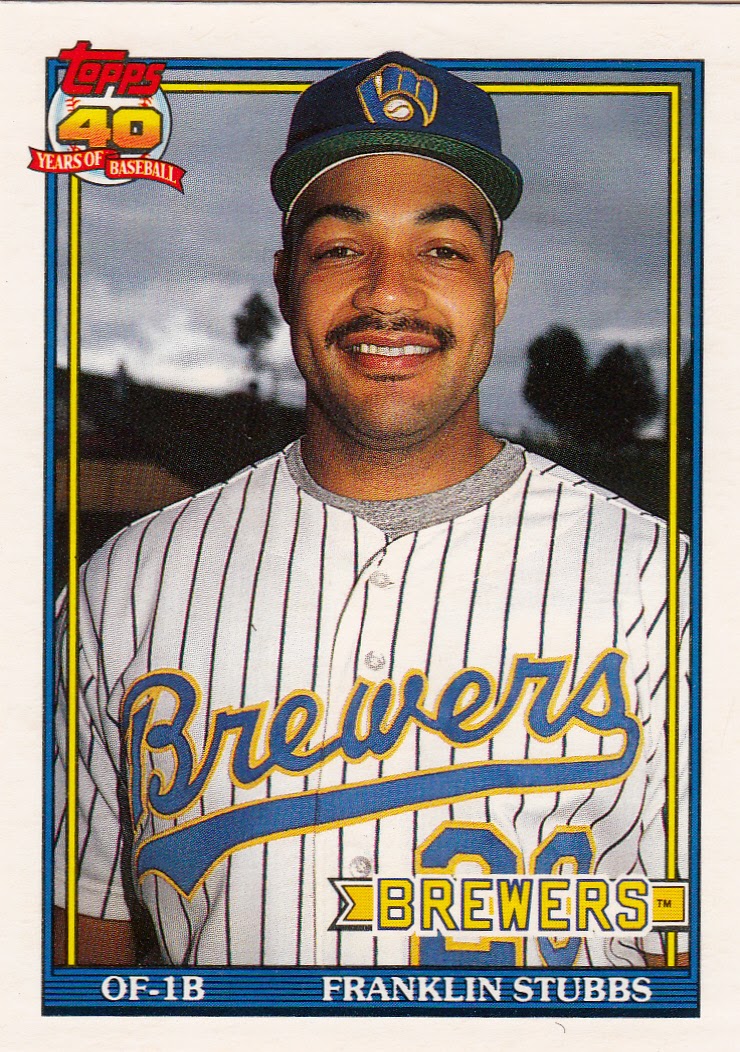 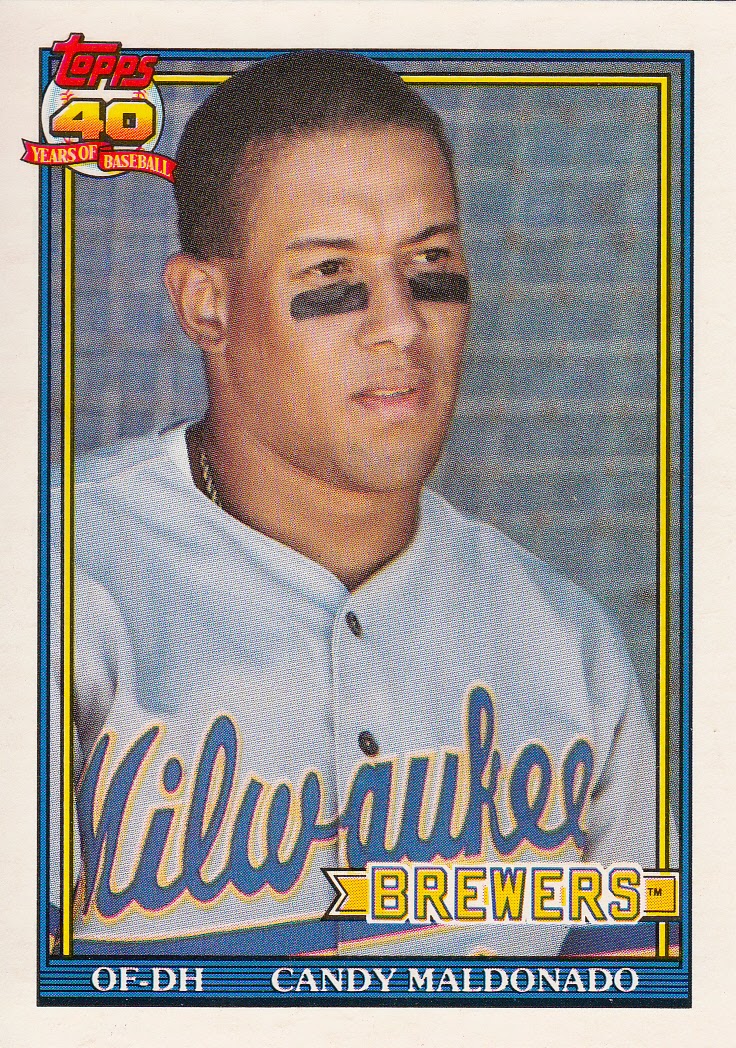 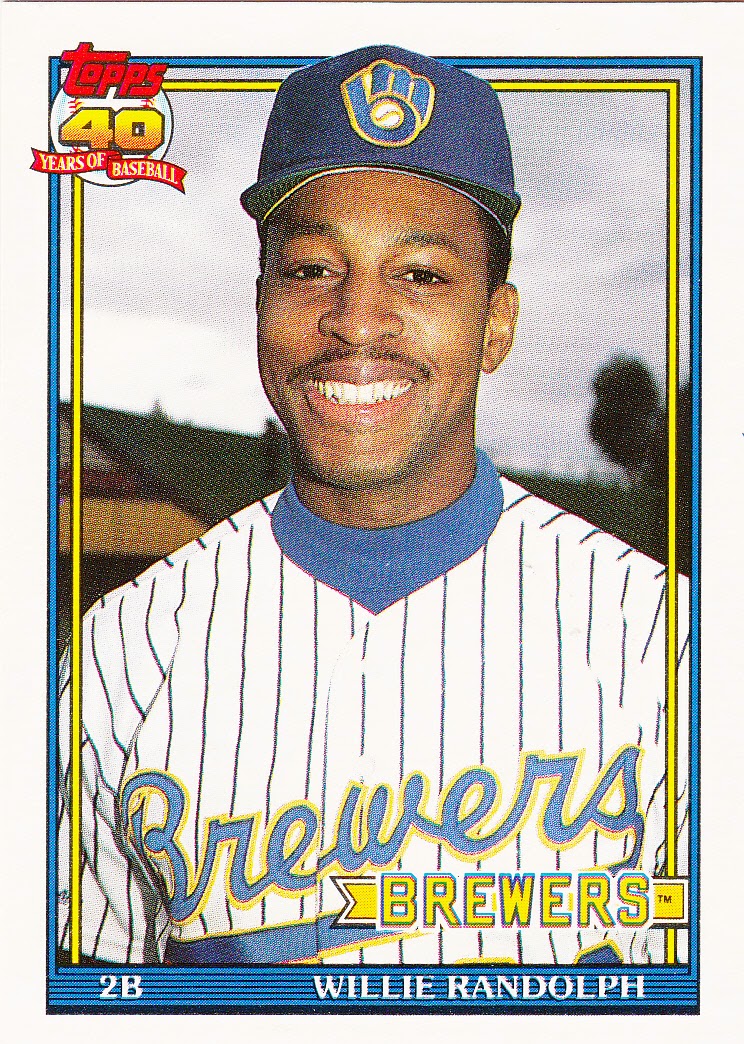 A lot of folks forget that Dante Bichette was a Brewer before the Rockies selected Kevin Reimer from Texas in the expansion draft and then traded him immediately to Milwaukee for Bichette.  Bichette became a Brewer by way of a trade with the Angels for Dave Parker, of all people.  All four of these players are probably better known for playing elsewhere -- Stubbs as a Dodger, Maldonado as a Giant, and Randolph as a Yankee (though later as a Brewers manager).

The next fun card from Gavin was this super shiny, rainbow-ish card from Pacific of Dave Nilsson which takes its place immediately in my player collection of the Australian catcher: 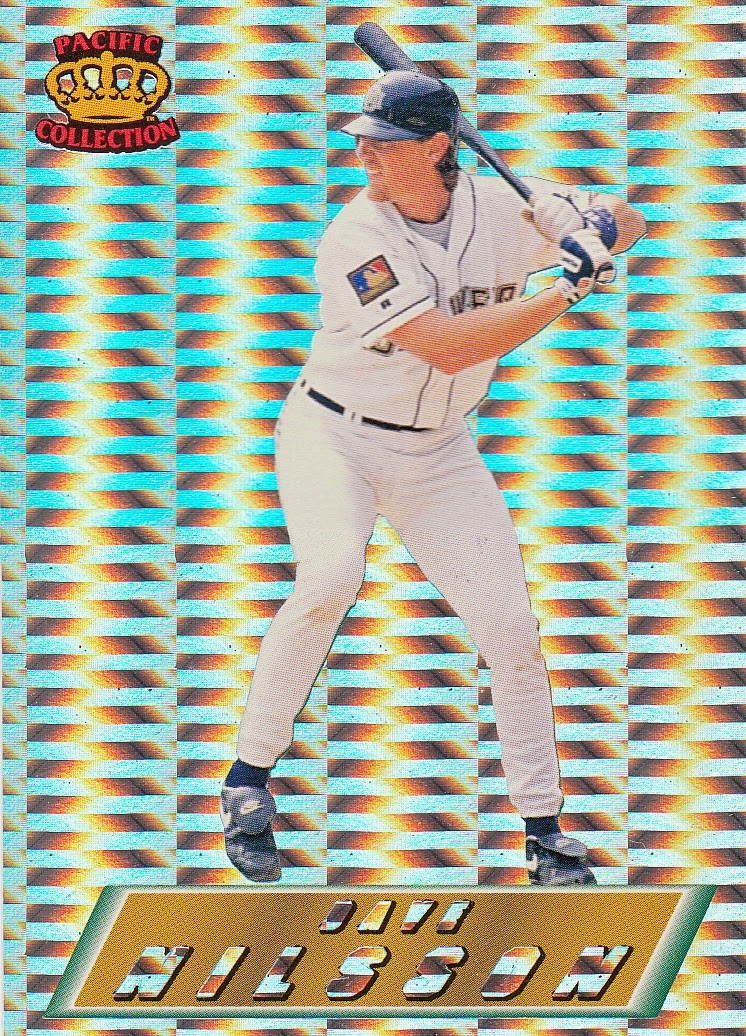 Nilsson teamed with Graeme Lloyd to form the first all-Aussie battery in major league baseball history back in 1994.  Nilsson was also the first ever Australian to be named to the All-Star team in 1999 -- and then, at the age of 29, he quit major league baseball to focus both on playing in the 2000 Sydney Olympics (back when baseball was still a sport in the Olympics and skateboarding was not) and owning an Australian baseball league.  It didn't hurt that his knees were nearly shot already after years of catching, but he was a guy who left major league baseball a bit too soon -- and it certainly couldn't have hurt that Bud Selig was successfully running the Brewers directly into the mantle of the Earth by that point. 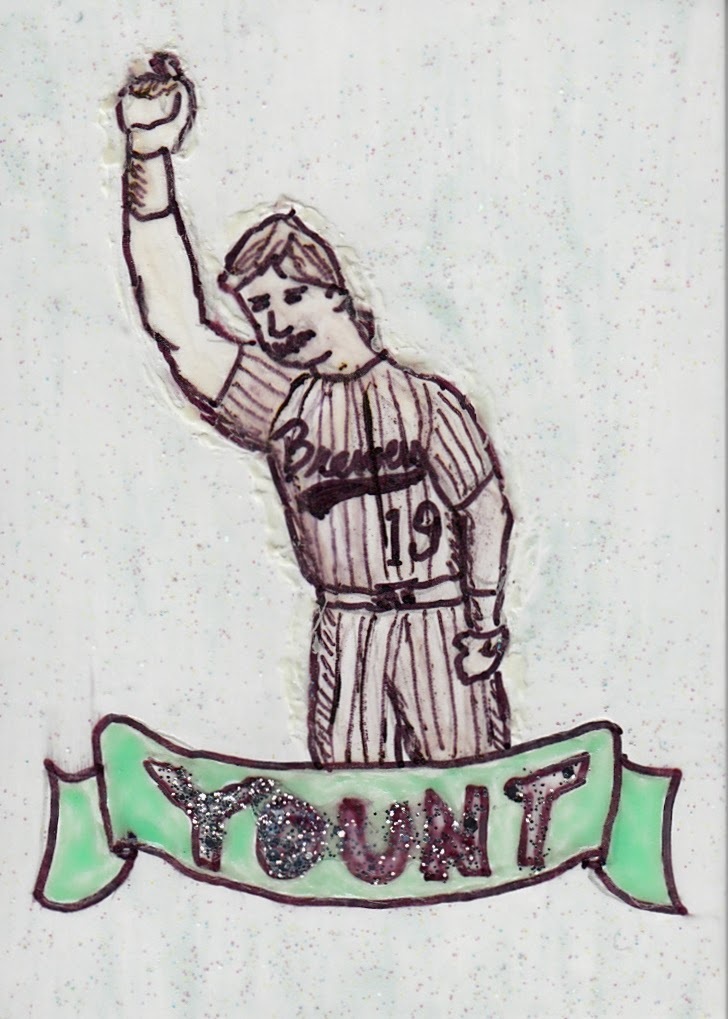 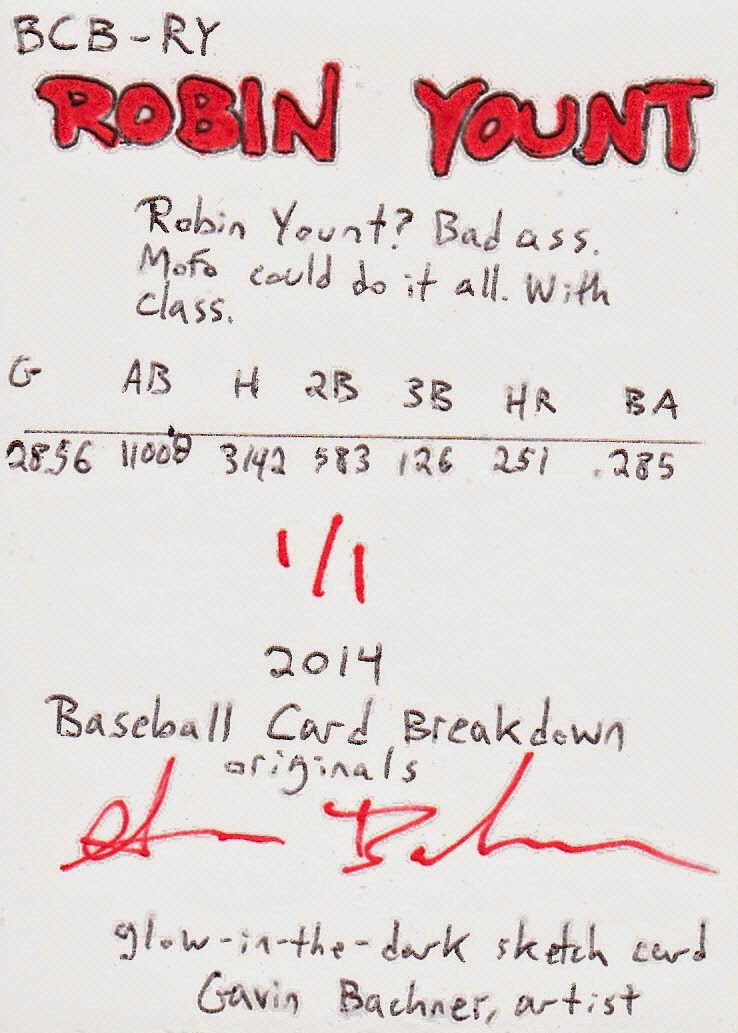 I don't know that anyone could top this card in any trade.  I mean -- a personally drawn glow-in-the-dark card? 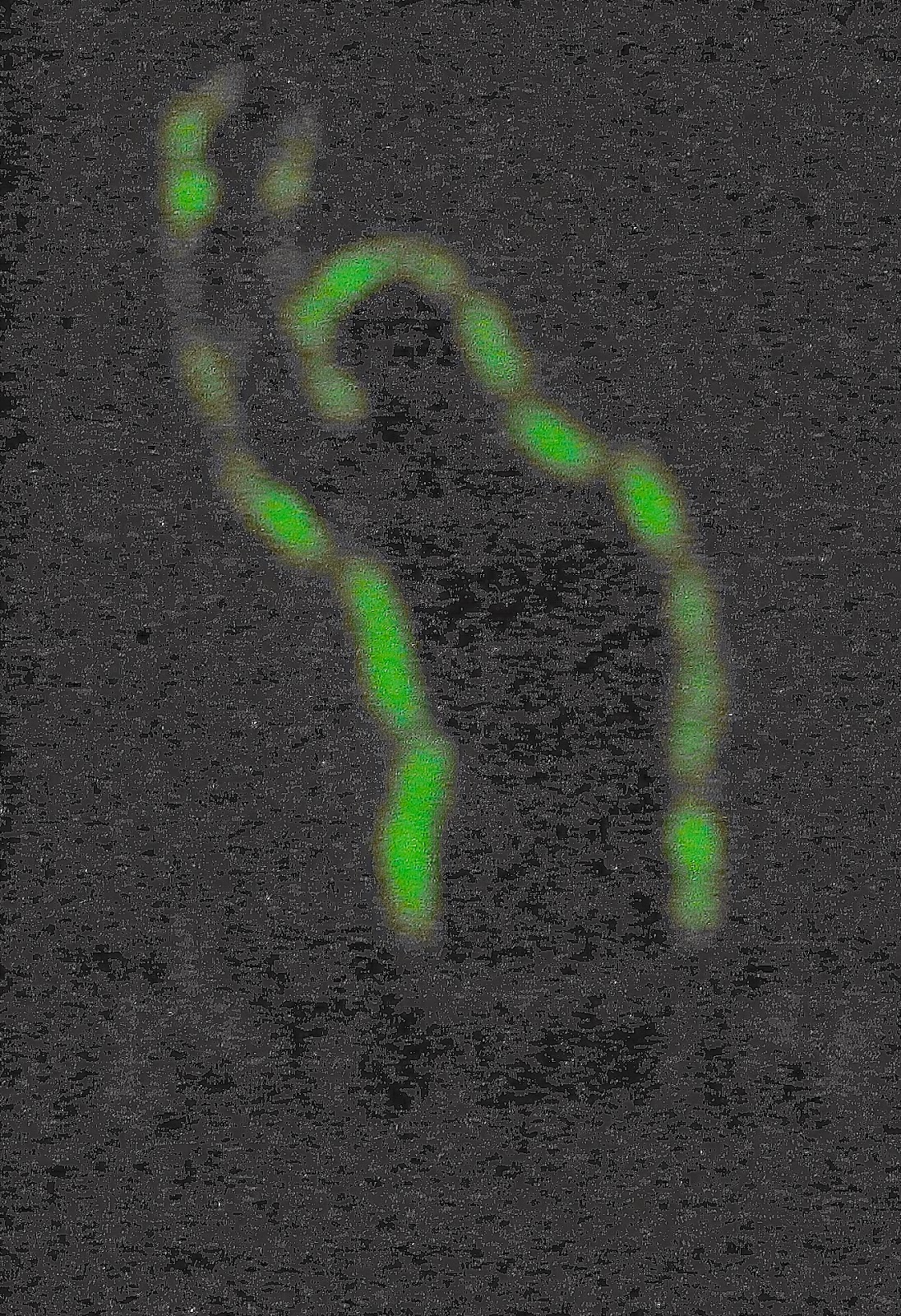 This is as good as my photography skills could get with getting the effect of the glow-in-the-dark card to show up on camera.  It gives a feel -- but doesn't do full justice -- to the hard work that Gavin put into this awesome card.

I know there will never be another like it -- thanks Gavin!
Posted by Tony L. at 6:00 PM