Another Topps Cash Grab, er, auction victory on eBay for me

Baseball card collectors know all the tricks and techniques on eBay.  Frankly, all of these techniques are encouraged by eBay because, after all, anything that means an item sells means that eBay gets its cut of the sale.

So, if you want, you can use sniping software to place bids for you at the very end of an auction.  You can use the proxy system eBay has built in -- putting your highest offer on the table immediately and letting eBay continue bidding up an item for you until your top bid is exceeded.  You can look for well-priced "Buy it now" postings and just pay the man.

One thing I have done a couple of times now is using low-ball bidding.  Basically, you look for auctions of items you want and put down that first bid at 99 cents (or whatever starting price it may be) and hope that there are so many of those auctions for the same item that you win the item.

I haven't won many items by doing this, but it does keep me from overspending on something I only sort of want. 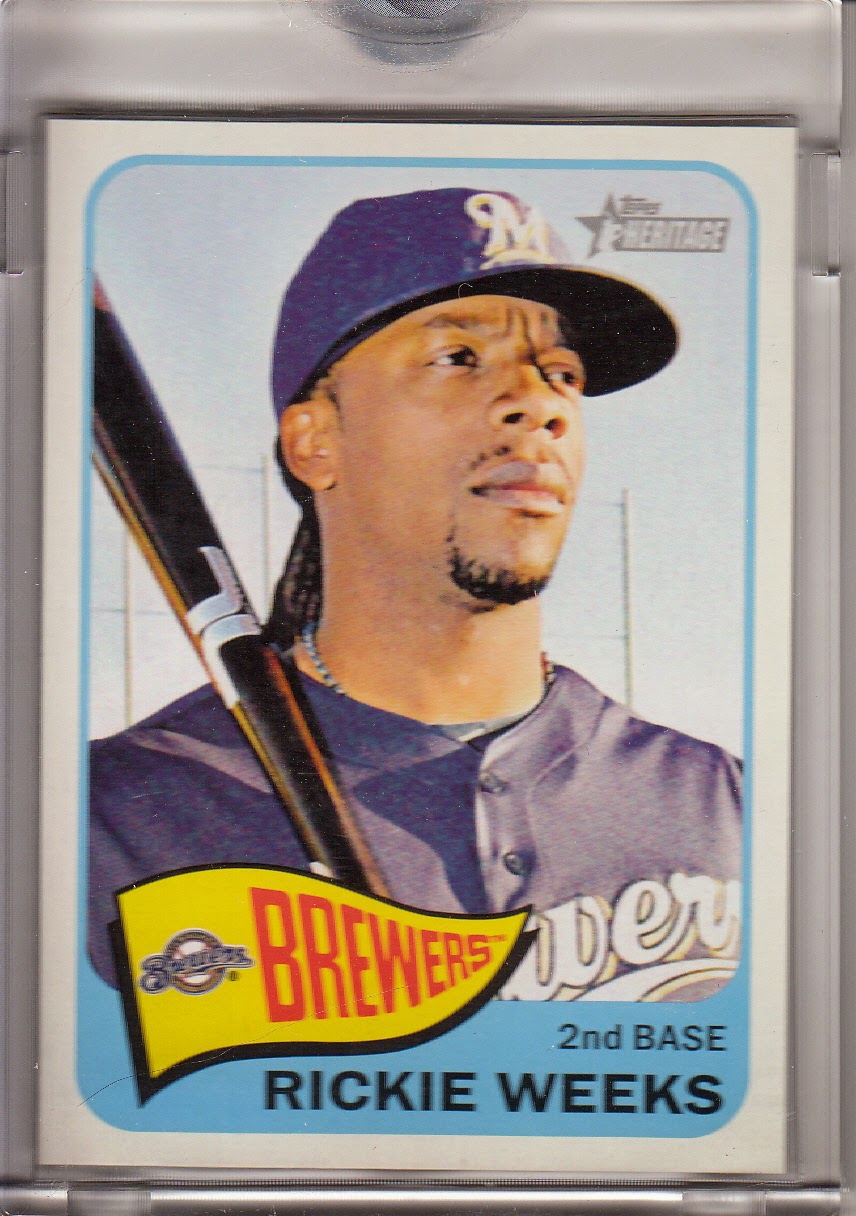 And now I own a Rickie Weeks 1/1 blank back.  Since I have a player collection for him, it's a nice addition.  It's too bad that his career has been beset by injuries to his wrists that have cost him the incredible bat speed that was his trademark when he first came to the major leagues.  When he's healthy, there is no question that he is by far the best second baseman in the Milwaukee system -- far better than a Scooter Gennett.

But, as the guys at Baseball HQ say regularly when evaluating players for fantasy league purposes, being healthy is as much a skill as is power and speed.  It appears that the Brewers have grown tired of Weeks trying to learn the skill and are trying to trade him.