All Cracked Up, with Crackin' Wax and a Cracked Bat

Hey there, everyone. Things have gone crazy here at Hiatus Central, what with all the traveling I've done in the past month -- yes, more traveling -- and work and all that. My time for hobbies has gotten limited somewhat so I'm way behind on website maintenance here, with sorting in my office, and with blogging.

As with my last post, while I'd prefer to post about all of these great envelopes I've received separately, I'm going to combine some things into one big post.

First up: a Topps Chrome half case break with Crackin' Wax. I had the Brewers and the Twins and got really nothing of interest outside of the base cards and the typical inserts, though I did get one Joe Mauer parallel: 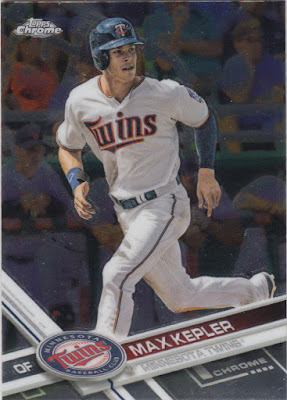 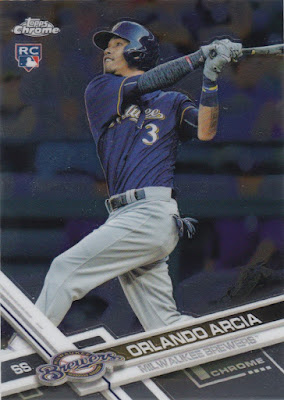 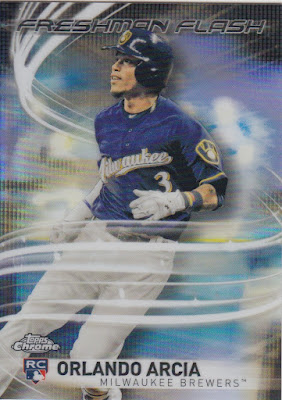 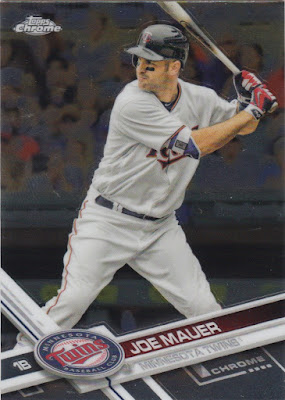 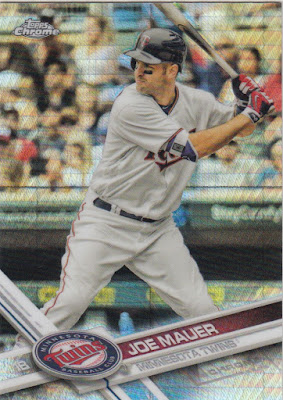 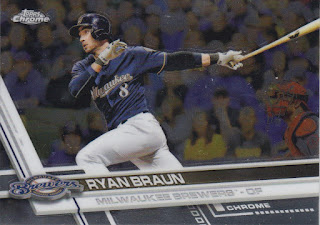 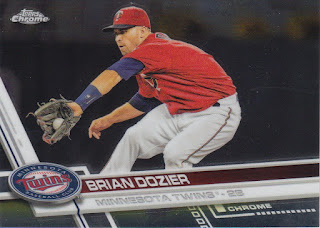 It's been incredibly annoying this year to watch Topps trying to pimp Orlando Arcia as a Rookie of the Year candidate. Normally, of course, I'd be okay with a Brewer getting cards in various sets, but in this case I'm not. Why? Because Topps are run by idiots who don't fact check anyone outside of New York long enough to realize that Arcia was not rookie-eligible this year.

Now, that case break was a total disaster. The other half of the case that CW had was opened as part of a different case break of some sort. Not having unlimited funds to buy into every case break ever, I did not participate in it. As that half-case was opened, I got to watch as three Brett Phillips autographs tumbled out. Perhaps CW and his wife felt bad about this. It seems they talked the guys at Buck City Breaks into sending two of those my way anyway: 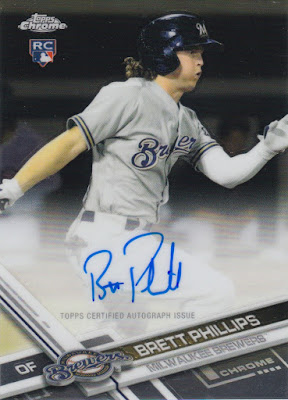 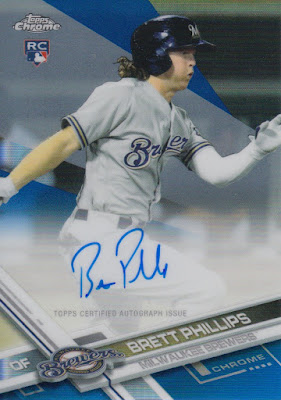 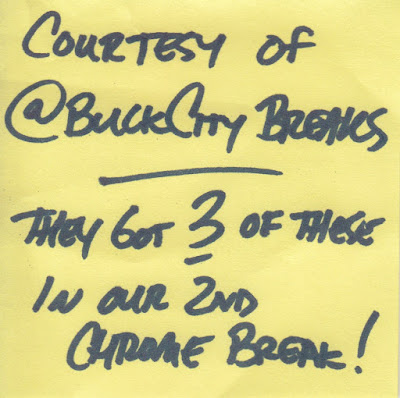 I'm hopeful for Brett Phillips's future as a top-notch 4th outfielder/guy not stretched to play every day. He played all three OF positions in AAA this season in preparation for that role. The Brewers have great depth with their outfield prospects and current players -- Keon Broxton had a quiet 20 HR/20 SB season, for example, and he almost certainly should be traded to upgrade the rotation if the right deal can be found. Phillips has an absolute gun from the outfield and registered a through of 104 MPH from centerfield -- the hardest/fastest throw Statcast registered all season.

Thanks, Buck City Breaks, for sharing your largesse with me.

I think I'm done with case breaks, though. For what I get out of them, it simply is a better deal for me to find the team set on eBay and buy that and the inserts instead.

Shortly after that case break, I got a huge package from my pal Julie at A Cracked Bat. 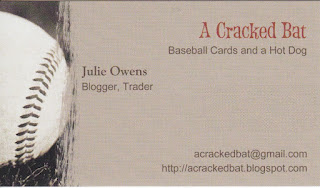 Julie sent me the first National Geographic magazine I've ever gotten in a package: 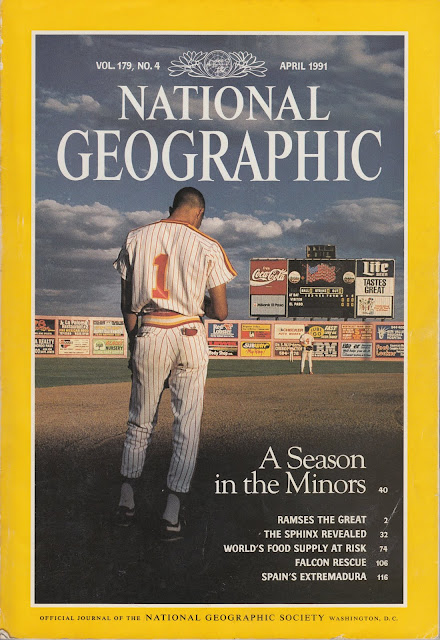 This April 1991 story on "A Season in the Minors" featured the then Double-A affiliate of the Brewers, the El Paso Diablos. As always, NatGeo had great photographs and a well-written article to go with it.

A second magazine was a Beckett Baseball Card Monthly from February 2001 featuring hot prospect Ben Sheets on the cover with his gold medal from the 2000 Olympics: 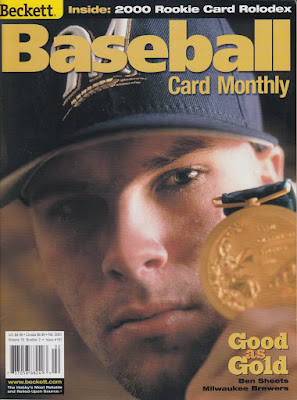 A third "new one to me" was that Julie found an old postcard of my favorite baseball stadium of my youth: the dank, beer-stained Milwaukee County Stadium. 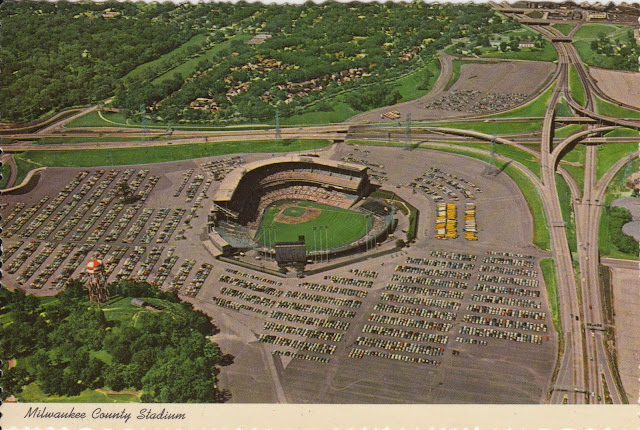 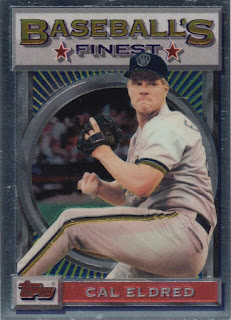 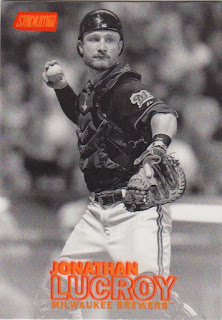 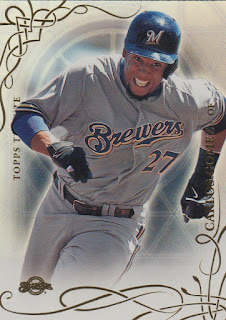 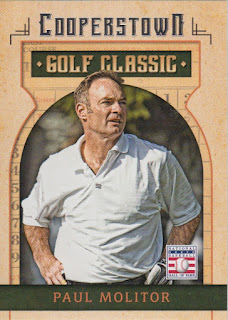 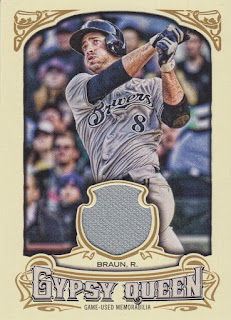 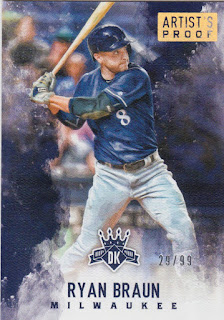 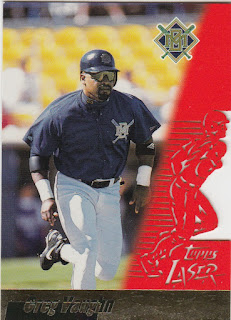 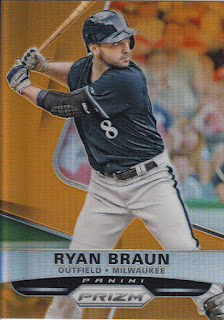 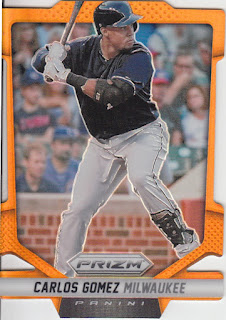 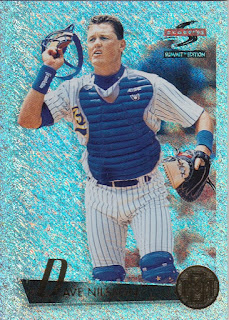 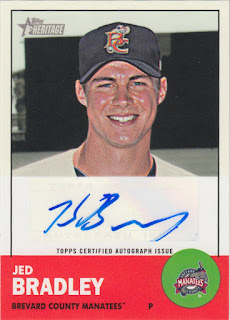 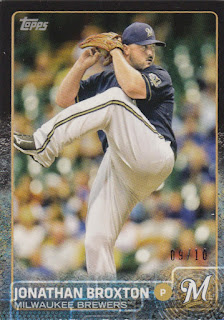 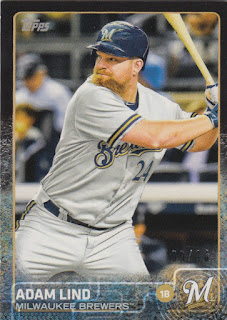 There are not that many bloggers who are kinder than Julie when it comes to sending great packages out. There are also not that many bloggers who even own any of those Score Summit Edition cards or even those parallel Panini Prizms. And while Jonathan Broxton and Adam Lind hung around Milwaukee for a very short time, it's always much appreciated to get a card serial numbered to TEN!