I sometimes think that I have an oddly organized brain. It stores random trivia and song lyrics at a frightening pace, for instance. Weird connections between the two make it so that the song generator in my head kicks off if you say a random word to me. Do that, and pretty soon I can't stop hearing the song "Requiem for a Dying Song" in my head for hours.

For whatever reason, one of those word associations in my head has attached Pearl Jam's song "Whipping" to the card-collecting-world-famous Zippy Zappings from Kenny, the proprietor of Torren' Up Cards.

Other than the ending of each word being "pping", I have no idea why my brain ties these two disparate things together. Hell, the song is almost as old as Kenny is. But, that's the way things work for me.

So, after a long week away in planning meetings and, also, a fair amount of fun too, let's see where my brain goes with this Zapping.

Kenny sent me a package with four portions: three "packs" of cards, and a "loose" pack. Let's start "loose" and go from there: 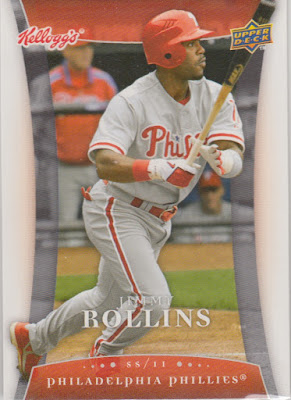 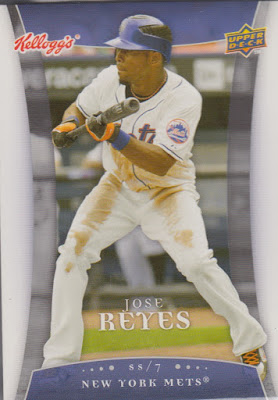 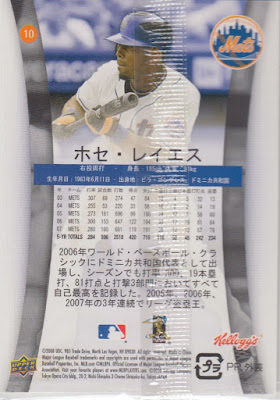 These are from a 2008 Upper Deck/Kellogg's promotion from Japan. Ryan from "This Card Is Cool" mentioned this set (along with the related sets from 2007, 2009, and 2010) on his blog in March of 2015. I am not surprised that, as best I can tell, there are not any Milwaukee Brewers in any of these sets. Disappointed, perhaps, but not surprised.

In typing that paragraph up, my brain went to a very dark place.


Now, let me defend my brain. I spent Wednesday through Saturday this week at a planning retreat for the American Bar Association Forum on Construction Law group. I'm a division chair within that organization, and our planning retreat was held at the Pinehurst Resort in Pinehurst, North Carolina. I'm not a golfer, so on Friday my wife and I headed to the pool -- not to bake in the sun, mind you, but rather to get a beer, hang out, people watch a bit, and generally decompress.

It didn't suck. Well, until this damn song came on over the music at the pool. So, for the first time in about 8 years, I heard it and it got stuck in my brain for a little while. Then, the dark thoughts about no Brewers come up and there you are. 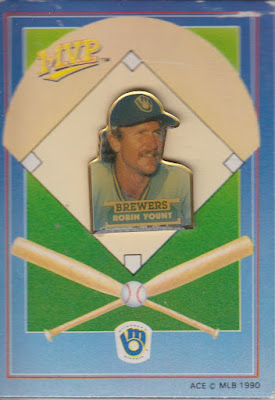 This is the 1990 version of the ACE Novelty MVP pin. Like most things that are Robin Yount items, I need not look any further than the Cynical Buddha for more information to share with you. CB's post shows the full packaging in which this pin came. Indeed, I have an unopened package that I purchased somewhere and at some point in the last two years.


My wondering where I got the unopened pin leads me here. Someone apparently took a digital video of the movie "An American Tail" as seen through a fishtank and posted this video. 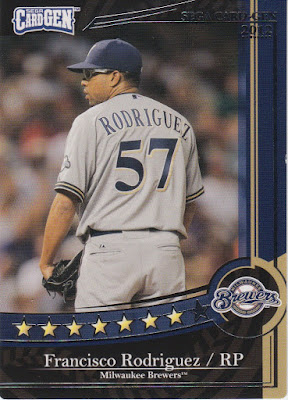 I love the Sega Card Gen cards, and Kenny sent me two Jonathan Lucroy cards (from 2011 and 2012) along with this K-Rod card. K-Rod features, though, because seeing the card flipped a switch in my head.


If you listen to a bit of the song, you'll know why I couldn't avoid this link. 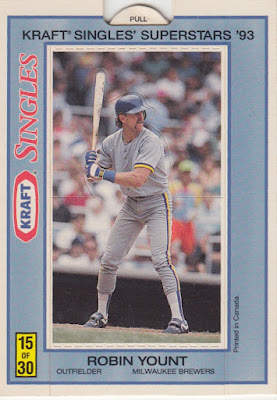 This Kraft Singles Superstars is from Canada. I swear that Kenny's mailings might cover the most actual countries of origin than nearly any other trader I've ever met. I'm just waiting for him to unearth some Korean cards.

Another natural association. Canadian. Kraft Dinners. It's nearly a Pavlovian response in my head. It seems so obvious to me that I'm afraid people will think my head is filled with cliches. 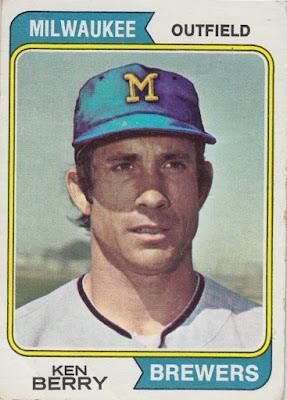 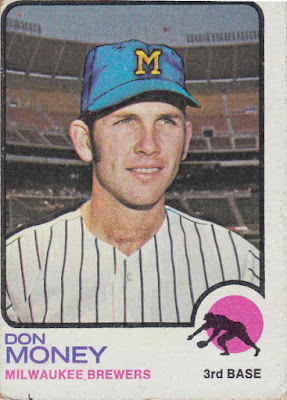 Topps's airbrushing in the 1970s was often clumsy and terrible. This is as opposed to its Photoshopping in its current cards where it's not quite as obvious that the photo has been changed except for the actual facts about the player pictured -- you know, showing game action of a draft pick in the major league uniform, for existence.

Making the 1970s clumsiness more obvious is that Money is in pinstripes. Milwaukee's uniforms did not have pinstripes until 1978; Money's team in 1972 -- the Phillies -- did. Ken Berry's change on his uniform isn't as obvious (though Milwaukee did not wear gray any year that I can see), but that hat is a clear airbrush job since Berry had not played for Milwaukee when the card was issued in 1974.

The satin hats led my brain to old, old school country music and Jeannie Pruett's signature song, "Satin Sheets." I guess the oddity is that this song is in my head at all in the first place, though it did spend three weeks atop the Country Music charts in 1973. My mom's listening to country music in the 1970s must have put it into my RAM around then. 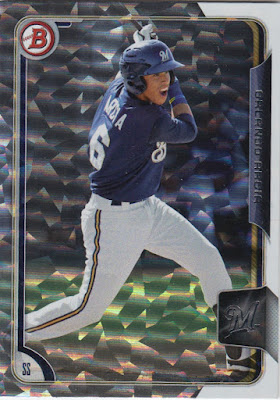 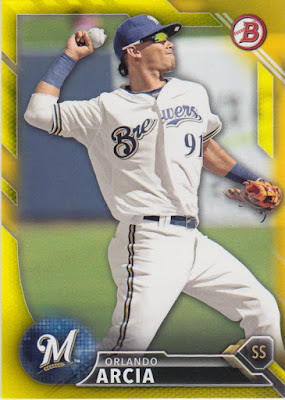 In prospecting circles, most people recognize 21-year-old Brewers prospect Orlando Arcia as one of the top prospects in the minor leagues. Intriguingly, the Brewers have been playing Orlando at second base in the past week, leading me to wonder if the team might keep Jonathan Villar (currently leading the National League in stolen bases...and also in caught stealing...but generally having an excellent season) at short for a little while and break Arcia in at short. But, in the story about Arcia, Brewers GM David Stearns denied any position change was in the works.

But, where does my head go with that Bowman yellow Orlando staring at me?

Of course. It's Tony Orlando and Dawn with their song about coming home after three years in prison, "Tie a Yellow Ribbon." There's nothing like a good soft-rock song about an ex-con making demands on his girlfriend/family, is there?

After listening to the song and knowing its words, it strikes me as a bit off that this song -- and its yellow ribbons -- got co-opted to become a national symbol for soldiers off at war or even people being held as hostages. As that Library of Congress website explains, its symbolism extends well back into the U.S. Civil War, so it's not quite as obvious or crazy as it first may seem.

Thank you, Kenny, for the great cards -- only a few of which I've shared here. They are excellent!