P-Town Tom is a blog world legend when it comes to sending out cards. He's so prolific in sending out cards that I literally had to go back through the posts of cards I've received from him (Here's 1 2 3 4 and 5) to make sure I hadn't used Tom's own profile to mine music for the cards I've gotten from him.

Thankfully, I had not. Also thankfully, I pretty much like the bands Tom feels comfortable enough to share. Indeed, one of those bands is actually a local Atlanta band. So, with no further ado, let's get to the cards and the music!

O.A.R. is probably my least favorite band on Tom's list. I haven't heard much by one of the other bands, but I've just never been much of an O.A.R. fan. It's a bit too overly emotional -- and not in that emo-style like Bloc Party either. I should like them more, though -- I mean, the band has a saxophonist, after all.

That said, I did pick the one song by O.A.R. that I distinctly recall hearing on whatever alternative music source that I was listening to back in 2006 -- probably XM Radio's Ethel, if I had to guess. It's all very yearning. I want the overly attractive couple in the video to stop fighting. Maybe that would stop all the weird mold from growing everywhere. I could hope. It just hurts to watch that happen. 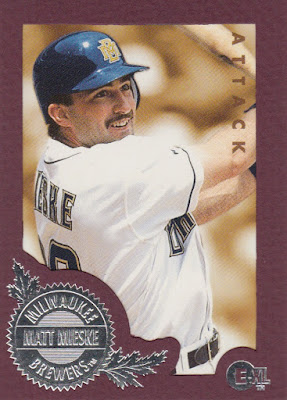 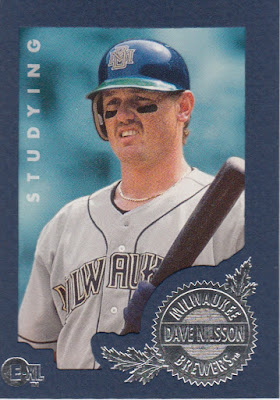 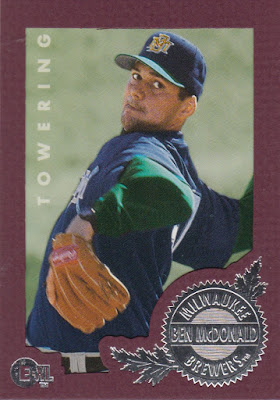 Yes, I was kidding about all that earnestness I was feeling. Fleer, though, was not kidding about its emotion-laden set called, appropriately enough, Emotion-XL in 1996.

I have to argue with this premise, however, in that neither Attack nor Studying nor Towering is actually an emotion. Attack is an action or a noun, but I have never felt "Attack".  Under attack, maybe...but never just "Attack."

I mean, when is the last time you asked someone, "How do you feel today?" and they responded, "Oh, I'm Attack." Or, even, "I'm Towering today. How about you?" Same goes for studying -- it's something you do, not feel.

Here's the other band I've really never listened to on Tom's list. Now, I've heard of the band's guitarist's previous band (Rilo Kiley), and I've heard of their collaborators Tegan and Sara, but not too much from this band. The collaboration with Tegan and Sara, called "When You Were Mine," is pretty good, though the lead singer sounds a bit like Brandon Flowers of the Killers to me. 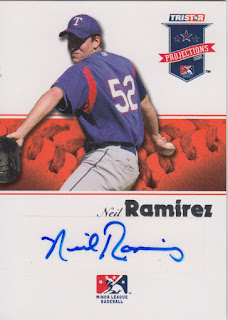 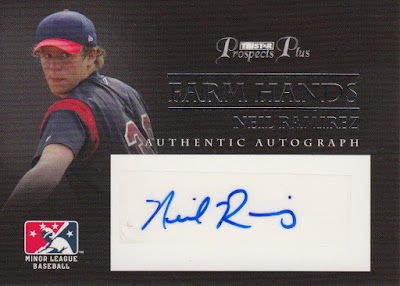 I didn't expect to get certified autographs of a Texas Ranger from Tom. He sent these two cards to me in the wake of the Brewers claiming Ramirez off waivers from the Cubs on May 31, 2016. I got this package from Tom the next week. Then, the day after I scanned the cards in and got them into my scan folder, Ramirez was claimed off waivers from the Brewers by the Twins.

I guess I should pass these along to a Twins collector.

In his Brewer career -- and unless he comes back at some point in the future -- Ramirez threw 1-2/3 innings, allowing 2 hits -- both home runs -- while striking out three. In other words, I have more Neil Ramirez certified autographs than he had innings with Milwaukee. Cool!


Here's that local Atlanta band that is in Tom's favorite band list. The once-powerful alternative radio station in Atlanta, 99X, played this band all the time back in 2008 and 2009. 99X broke Collective Soul and Butch Walker (and his band, Marvelous 3) back in the 1990s, but with alternative music and radio generally waning in the past decade, 99X fell on hard times.

Thankfully, Manchester Orchestra has found a fairly decent audience worldwide. But, they are about as Mancunian as I am -- both of us like a lot of Manchester's music (and I like Manchester United, though that fact could be a fight-starter amongst Mancunians split between the Red of United and the Blue of Citeh er, City). 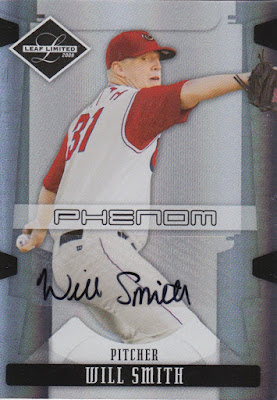 Speaking of Red, here's current lefty setup pitcher Will Smith -- who is also, mind you, a Georgian (originally from Newnan). Will came over to the Brewers in exchange for Nori Aoki in the 2013 off-season. Considering the work that Smith has put in since (3.10 ERA in 139-1/3 innings with 58 walks and 184 strikeouts), just imagine how good the Royals bullpen would have been last year having added that arm to the mix. Yikes.

For what it's worth, Smith is in red here because he was drafted by the Angels in 2008 out of community college before being traded with Sean O'Sullivan for Alberto Callaspo.

I might have mentioned before here, and maybe I haven't. But, Imagine Dragons consistently puts out very catchy, lyrically interesting songs. This one, "Radioactive", "Demons," "I Bet My Life" -- all of them get stuck in my head with frightening regularity. This particular video having been "inspired" but an artist is particularly intriguing as well. Clearly a surrealist painter.

Strangely, the lead singer, Dan Reynolds, looks like Blake Shelton to me. 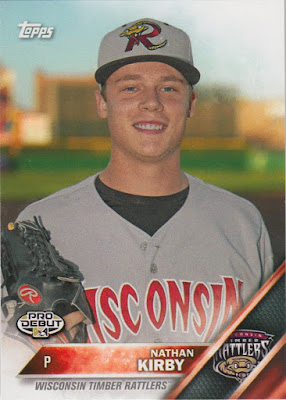 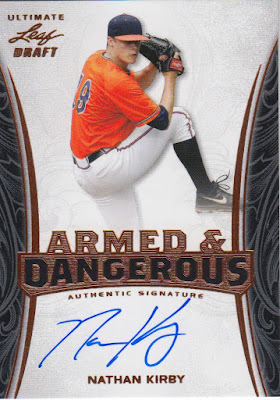 Of course, Reynolds didn't have to go through Tommy John Surgery to be able to sing for Imagine Dragons. Kirby, however, blew out his elbow after just five appearances with the Wisconsin Timber Rattlers. His rehab is going well.

I have mixed feelings about him at this point, since he gave his ulnar collateral ligament to his college baseball team's cause.  That baseball team was the Virginia Cavaliers, and Kirby helped beat my Vanderbilt Commodores in the 2015 College World Series by throwing the final two innings of the third and final game of that World Series.

Still, I hope he ends up healthy and helping the Brewers soon. It's the least he could do in my selfish little world.

Thankfully, Tom isn't nearly as selfish as I am and sent me this great package of cards. Rest assured, Tom, that I have many, many Conlon cards that will be coming your way.
Posted by Tony L. at 8:32 PM