But, when Gavin at Baseball Card Breakdown had the "handwritten post" contest, it was just too much fun to pass up. I did my handwritten post -- and, as Gavin noted, those posts got hits through the roof for some reason -- and made my entry. Gavin randomized the entrants, and then ran the contest as "combined runs scored between the Dodgers and Padres on April 30."

My number was 1. I thought, "great, another contest where I won't win. Oh well, at least doing the post was fun!"

Then, an odd thing happened. Clayton Kershaw faced off against Drew Pomeranz. Pomeranz is on my fantasy baseball team this year -- a late round $1 pitcher in an NL-only league -- and has been surprising good so far. He and Kershaw each held the other team to just three hits. Kershaw had the only RBI in the game, though, and ended up winning the game 1-0.

My prize was to get one custom card from Gavin. I threw in a curveball and said that, rather than getting a Robin Yount custom, I wanted a Lew Burdette card. I found a couple of different photo options for Lew, and sent them to Gavin via e-mail for him to choose.

Rather than getting just one, though, he sent me two: 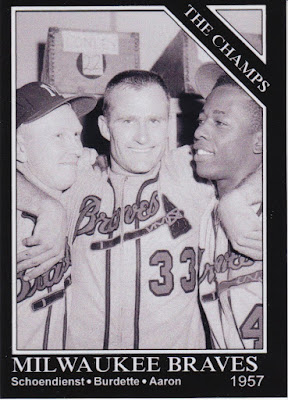 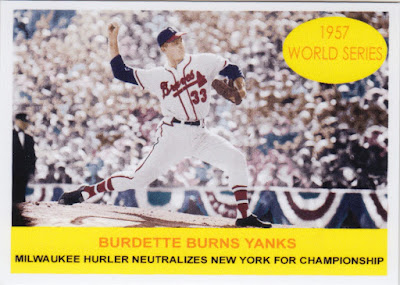 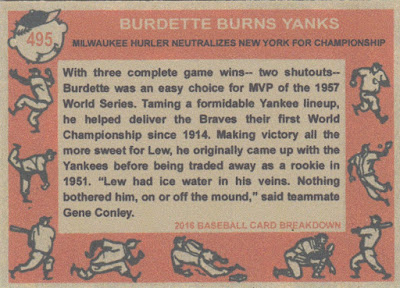 How awesome are these cards? That 1958-Topps-style card -- note: for entertainment purposes only and not for resale, lawyers from Topps...making me wonder why Bob Lemke can keep selling his cards the way he does, but anyway.... -- that is clearly a missed opportunity for Topps to use that photo.

Topps has done a few "World Series"-type sets -- either as inserts with relics and autographs attached or as the "super teams" concept. The only pure "World Series" set I found for Topps was from 2003. It had zero Milwaukee Braves, though, despite the Milwaukee Braves two visits to the World Series and the win in 1957. Hell, it had three Brewers cards (two Younts and a Molitor) but no Braves. Weird.

I love both of these, but man -- after seeing the Burdette/Schoendienst/Aaron card, I feel like Getty Images really needs to allow someone to make a Conlon-style set from all their photos. They literally could do about one for each season of baseball beginning whenever they would want to begin. I mean, here's an awesome photo of Babe Ruth signing a baseball in 1924: 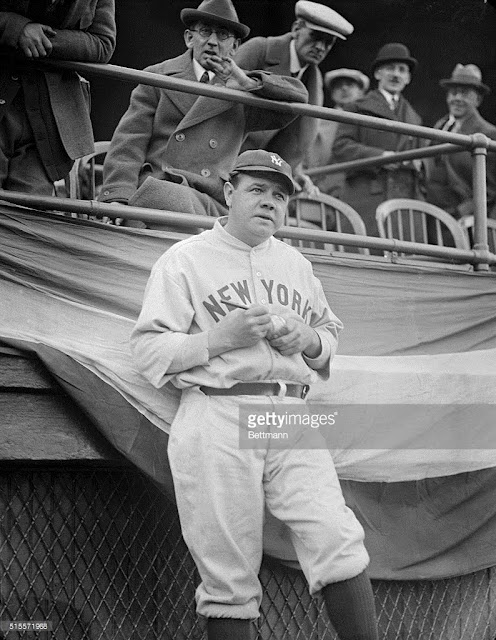 That would be a beautiful baseball card.

So would this awesome photo of the great Walter Johnson with the sometimes-overlooked Dazzy Vance of the Brooklyn Dodgers: 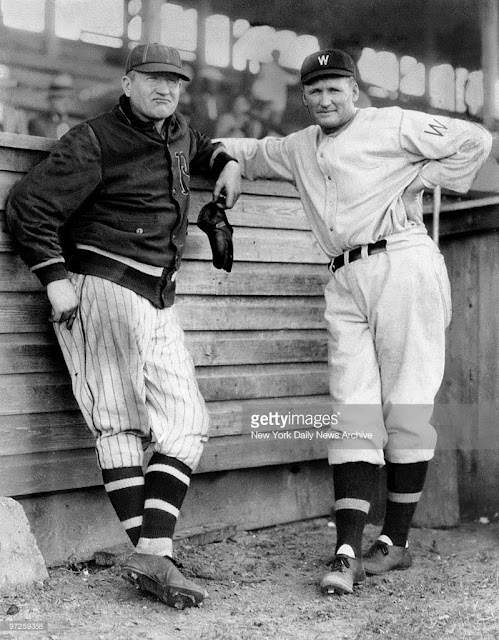 I could spend hours looking at the old photos from baseball's history on Getty Images. But, I won't spend any more time on that right now because Gavin also sent me some other excellent cards. He sent two packets inside the envelope -- one said I was winning, and the other labeled as "trade package." I've commingled those assets, though, so here are the rest of the cards I got from Gavin. 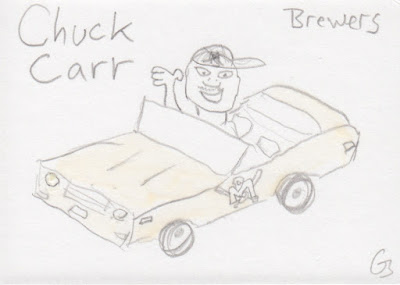 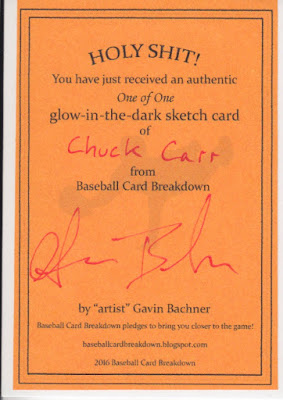 I also got two more BCB specials -- an original and an "aged" parallel of Hammerin' Hank: 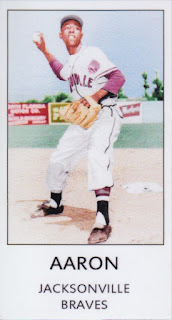 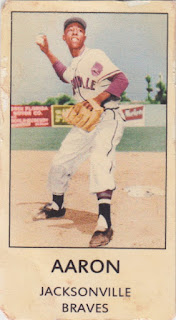 The rest of the cards Gavin sent me were also very cool. However, they were all "normal" cards, so let's look at those en masse: 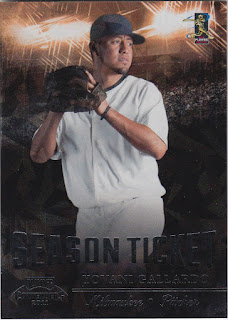 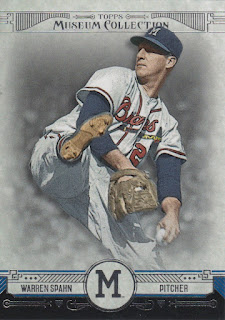 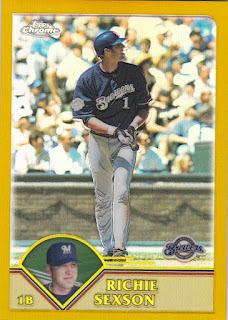 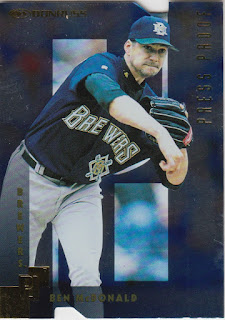 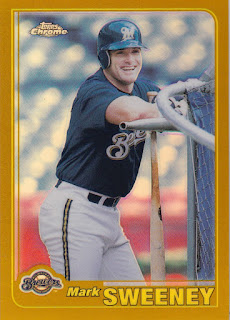 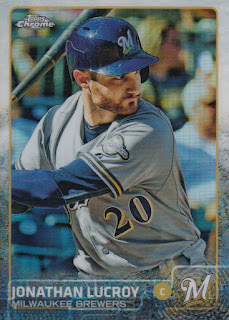 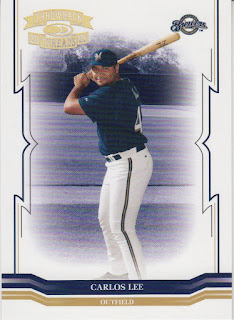 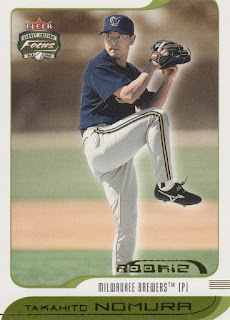 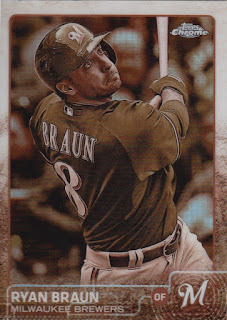 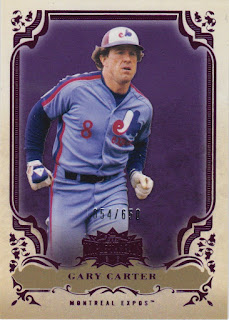 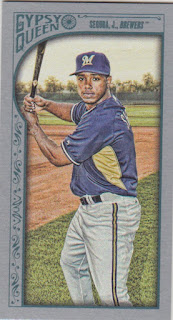 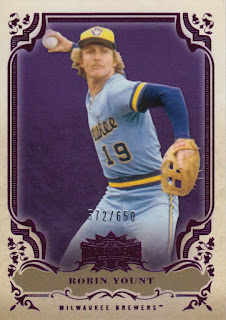 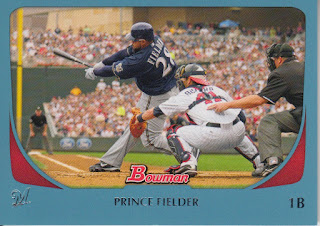 And that's a lot of parallels there! Everything from a Takahito Nomura to a Jean Segura mini; from a Braun Sepia-fractor to a Sweeney Retrofractor to two Topps Triple Threads Purple Passion Parallels (or whatever they were called that year).

Gavin, thank you so much for the great cards you sent my way. I feel like this great package deserves some great new music...so, how about the first new Stone Roses song since 1994?  Yes, that's what we'll do!