Mark Hoyle has been spreading the vintage extras from his collection around the blogosphere liberally.  His duplicates from the 1971, 1972, 1973, 1974, and 1975 sets have made their way into my Brewers base set binder and filled some pretty significant holes there.  In honor of Mark, and I sure hope he doesn't hate this song, how about we turn to a song which hit #5 on the Billboard Hot 100 and #3 on the Easy Listening chart back in 1975 (and a song which I played numerous times during my college years as a part of the Vanderbilt Spirit of Gold Marching Band):

So, we've gotten easy listening crossed off as a genre represented on Off Hiatus.  Anyway, here are the cards from the PWE that showed up in my mailbox from Mark: 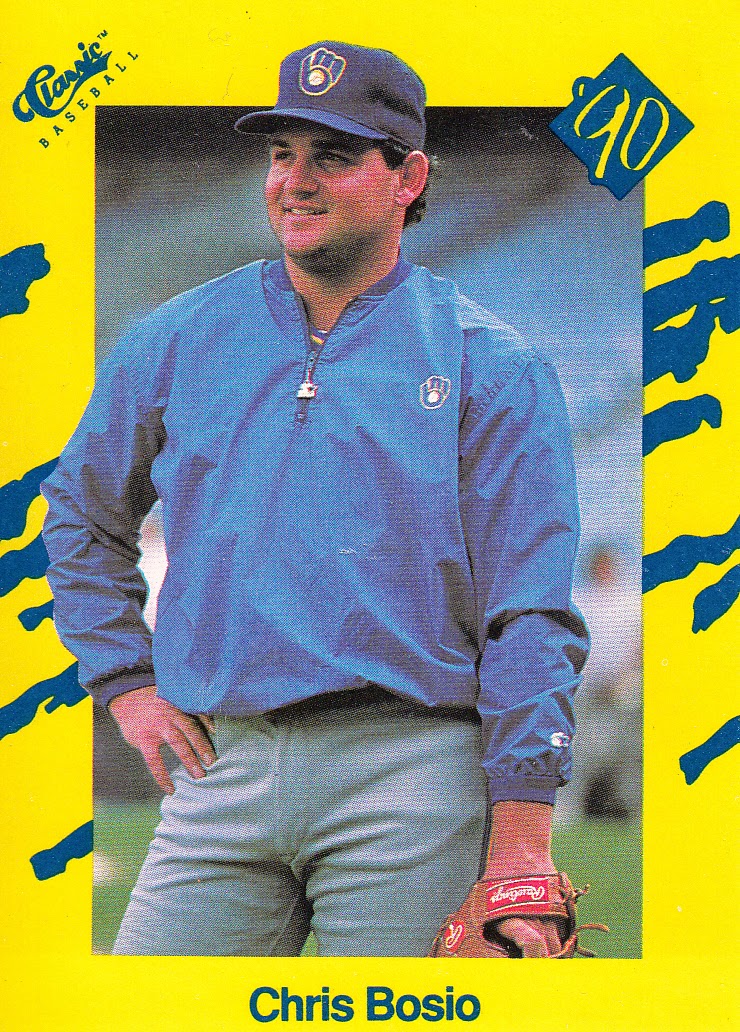 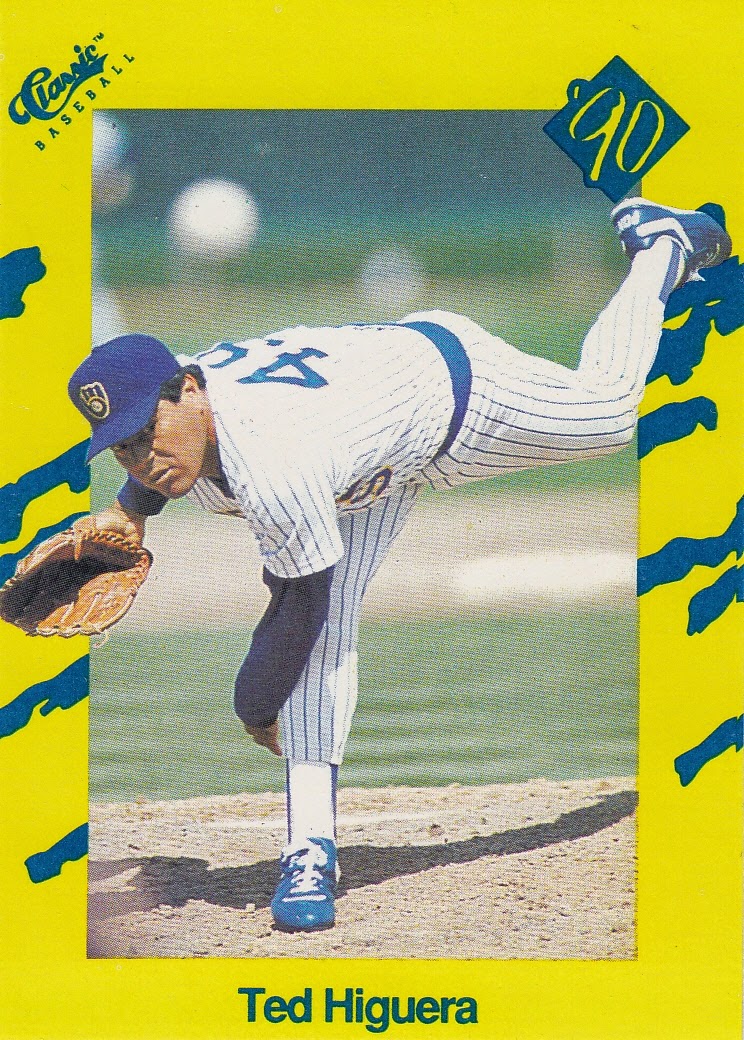 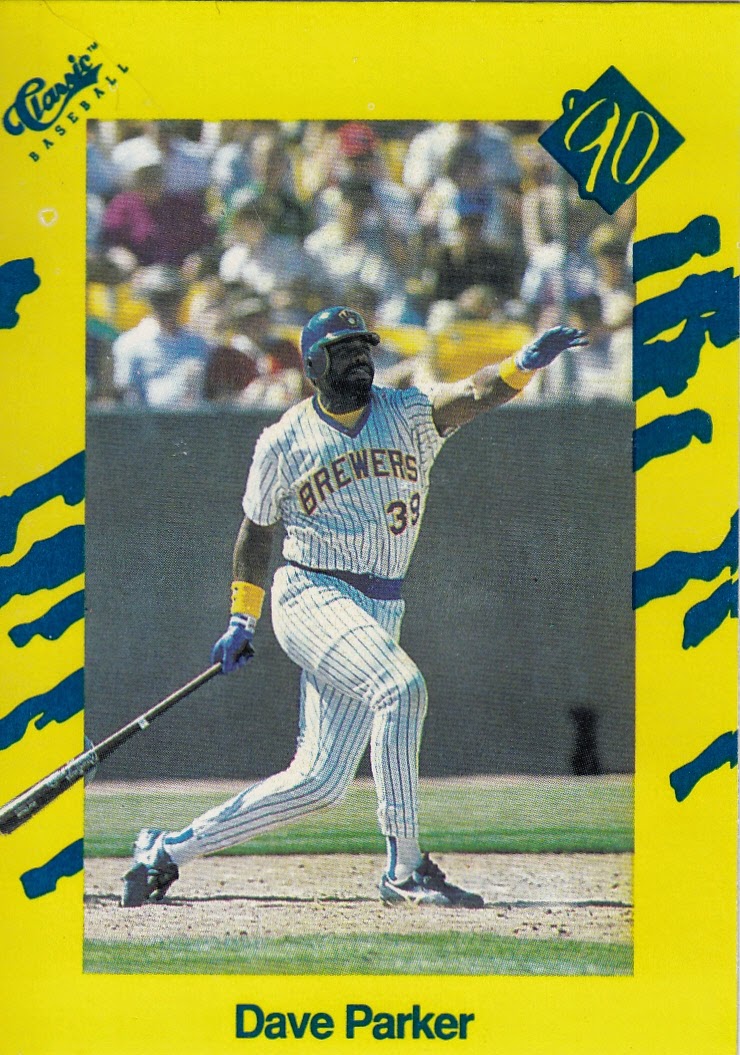 Let's start with something that may be retro but isn't vintage.  That hurts my eyes, honestly, but the Ted Higuera goes straight into my player collection for him and the other two cards jump into my Brewers oddballs.

Seriously, though, what was the fascination with bright yellow cards in the early 1990s?  I remember the horrible idea style-wise in the late 1980s was wearing really bright fluorescent clothes -- an idea, by the way, that I ignored except, perhaps, for wearing those cheap rubber gas-station sunglasses in a fluorescent color. But applying that theory to baseball cards is one of those times when I want to quote a 25-year-old Saturday Night Live skit and ask, "Who are the ad wizards who came up with THIS one?"

The next card seemed a little out of character for Mark, but since I needed it, I asked no questions: 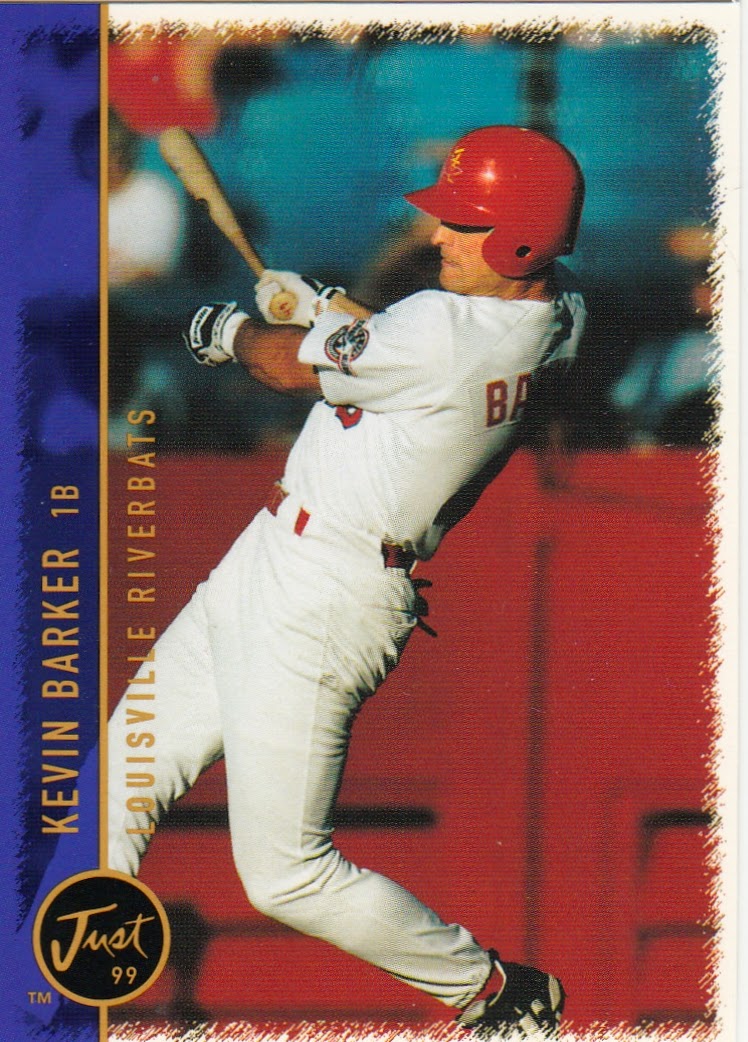 Let me put it this way: I hope Mark was the one who sent me this card, because otherwise I have no clue who sent me a 1999 Just Minors Kevin Barker card repping the Louisville Riverbats -- which were, for a short time, the Brewers Triple-A team.

After all that 1990s angst and bright colors, I was glad to see this last card come out of that PWE.  It restored my faith in vintage and is a great addition to my hopefully burgeoning Milwaukee Braves base set binder: 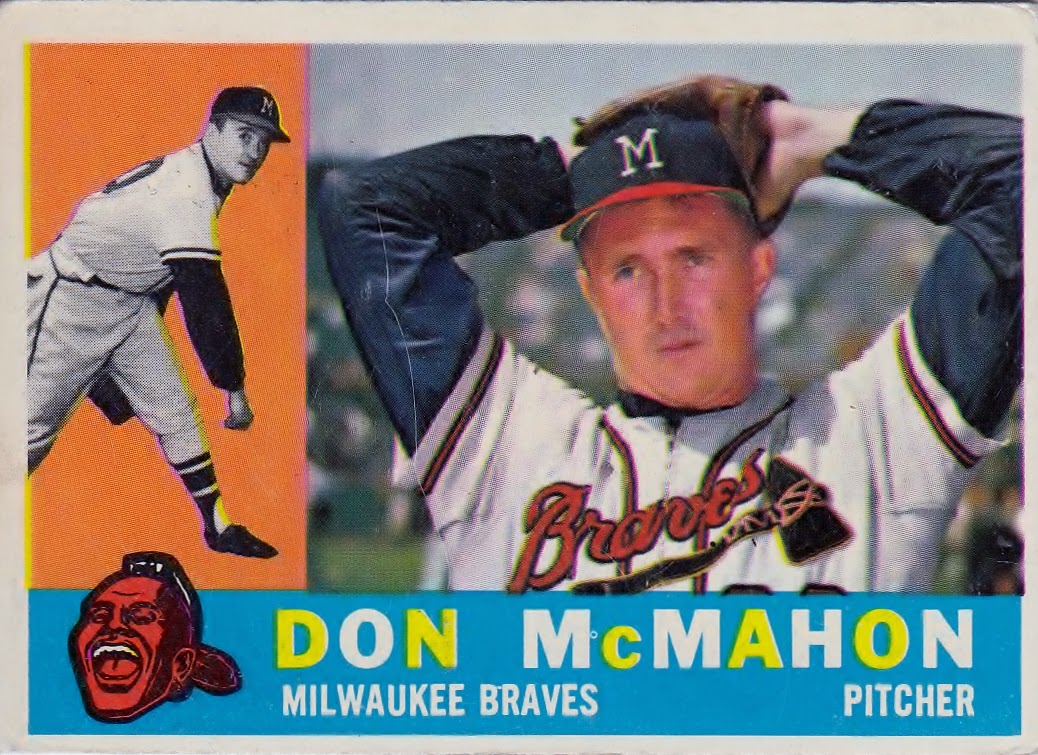 I know a lot of people are ambivalent toward the all-horizontal 1960 Topps set, but count me among those who actually likes it.  It's sort of a cross between the mid-1950s style of having an "action" photo with a posed photo, and I rather like it and want it used in Archives for more than relic cards.

Mark, thanks again for a great PWE, and I hope we exchange more envelopes along the way.
Posted by Tony L. at 7:00 PM