Back to the Archives

Here I sit, minutes after watching the U.S. have every opportunity to beat Belgium in the World Cup -- only to squander nearly every opportunity and, in the process, wasting the best game I have ever seen a goalkeeper have in Tim Howard's sixteen save performance.  For some reason, it seems just right to mention that I gave in to the siren's song that is Topps Archives.

After wasting so much bandwidth, brain power, and energy complaining about the dadgum set, I ended up buying a hobby box anyway.

So, appropriate to my depression both at the soccer game -- which, to be fair, I really didn't think we would do as well as we did -- and at buying Archives, here's a slow depressing song called "Slate" from about 23 years ago by seminal alt-country band Uncle Tupelo (out of which the bands Son Volt and Wilco emerged):

That version is Jay Farrar -- who broke away from Jeff Tweedy to form Son Volt -- in 2008.  It's a dodgy live version filmed in a bar, but isn't that the best way to see a show?  I think it is.

Archives.  Yup, I went there.

I'll spare you a pack-by-pack breakdown of the box, mainly because I've already sorted them out and couldn't reconstruct that information with the help of the casts of all the CSI shows on CBS at this point.  So, instead, let me show you my inserts and high numbers.

First, the high numbers.  When I posted my whiny diatribe a few weeks ago, one of the high numbered short prints I got in that pack was Manny Ramirez.  In my bad attitude toward the set, I decided to send that off to Mark Hoyle for his Red Sox collection.  When I decided to buy a box of the Archives, a thought went through my head that I should have waited until my disappointment subsided before sending cards away.

I shouldn't have worried.  I recall this well -- in literally the first pack I opened was a Cubs Triple-A outfielder: 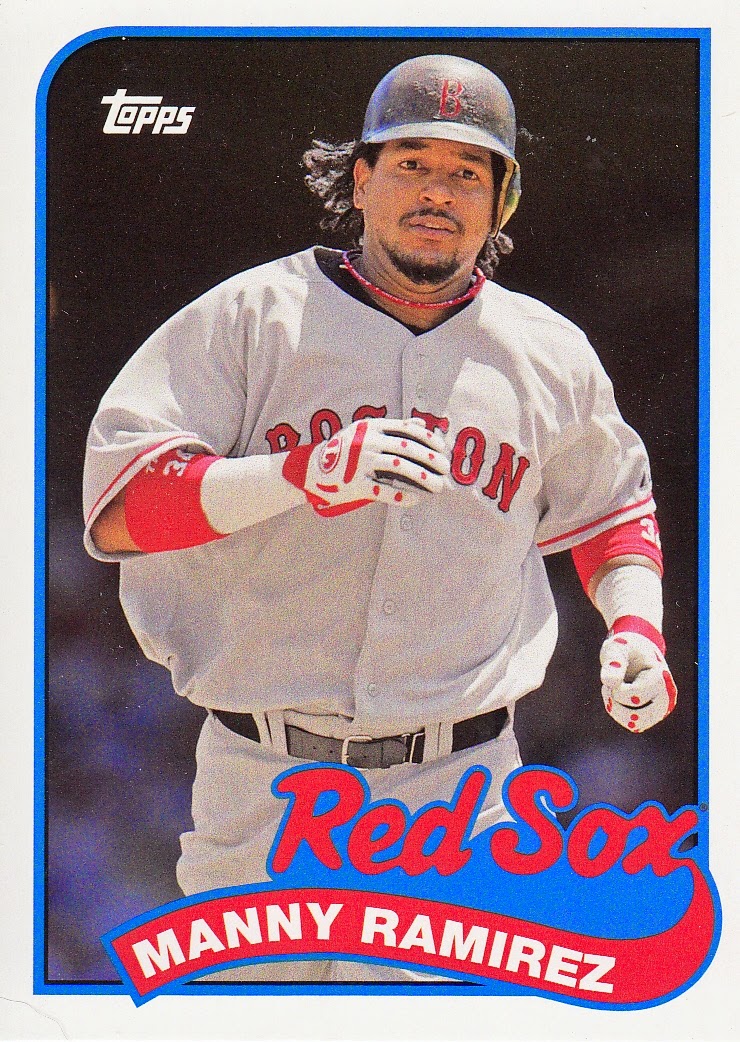 And, if you can see it on the bottom left corner, please forgive one of my cats (a boy named Molly...) for shedding on it.

Without as much build up, then, here are the other five short prints I got. 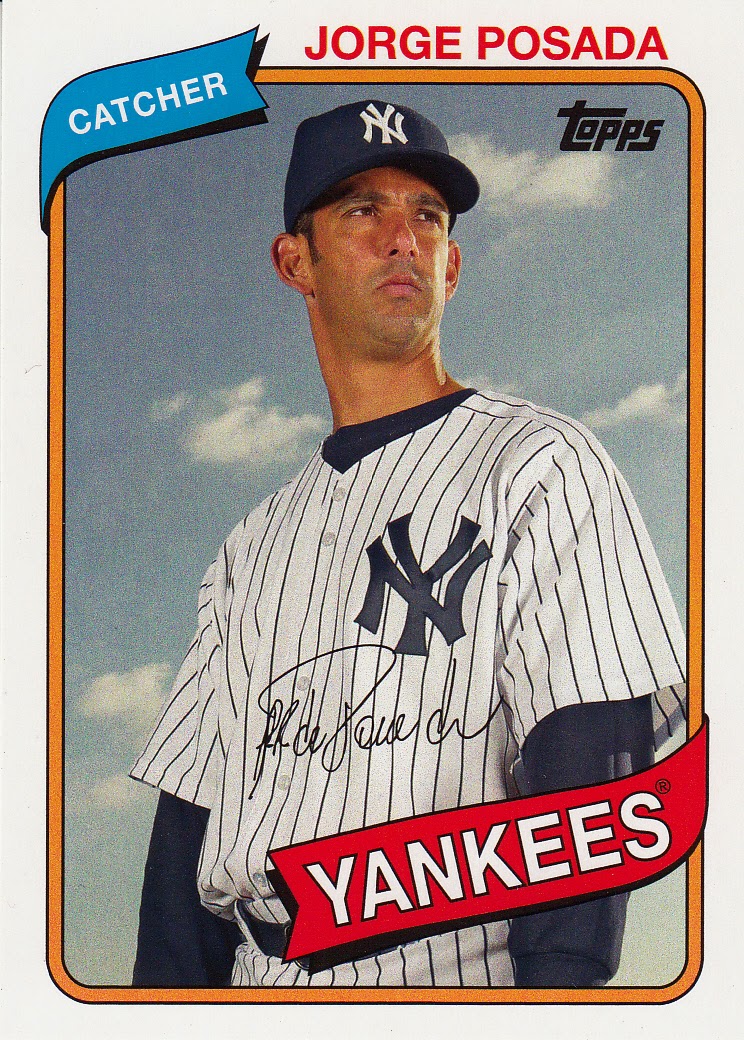 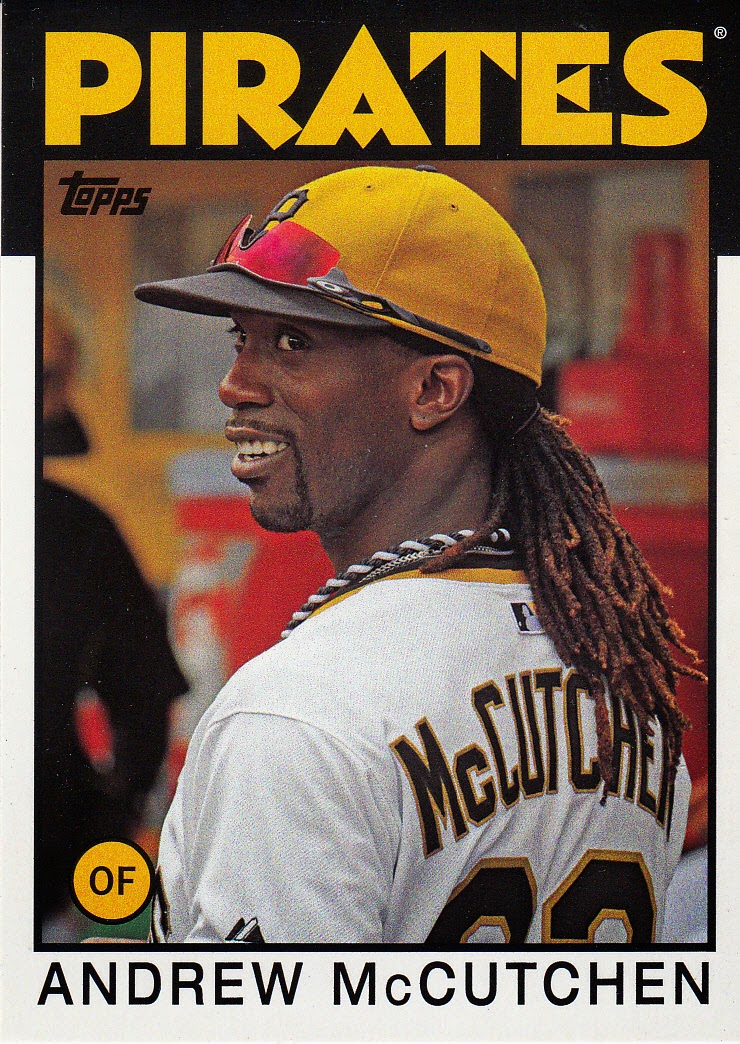 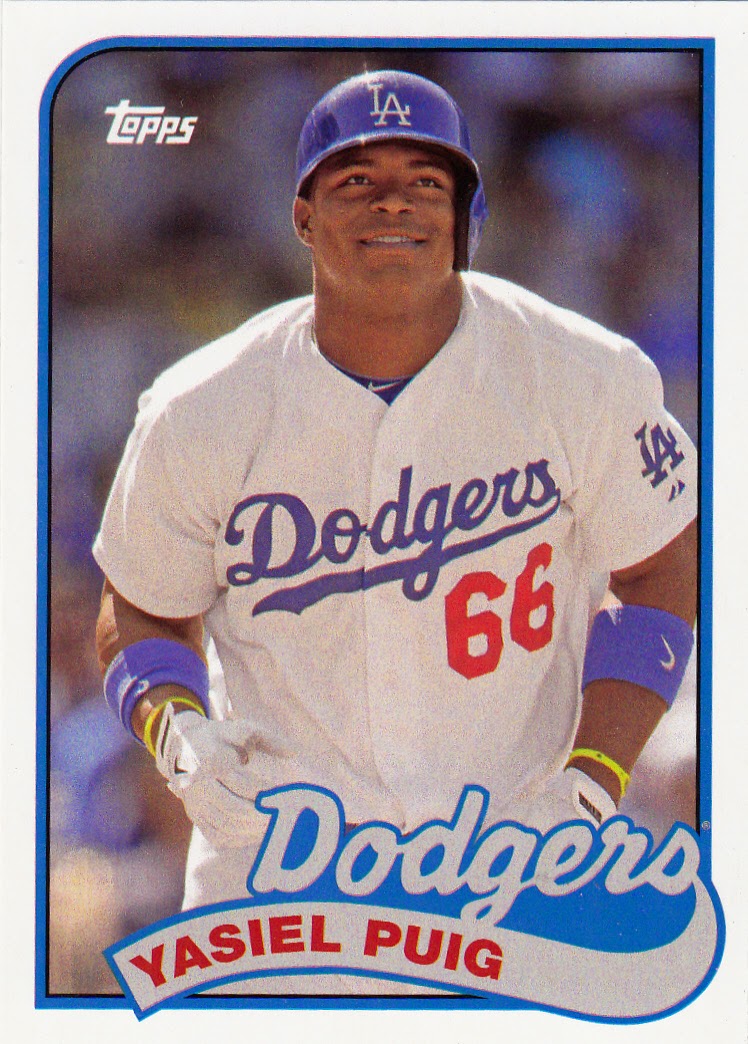 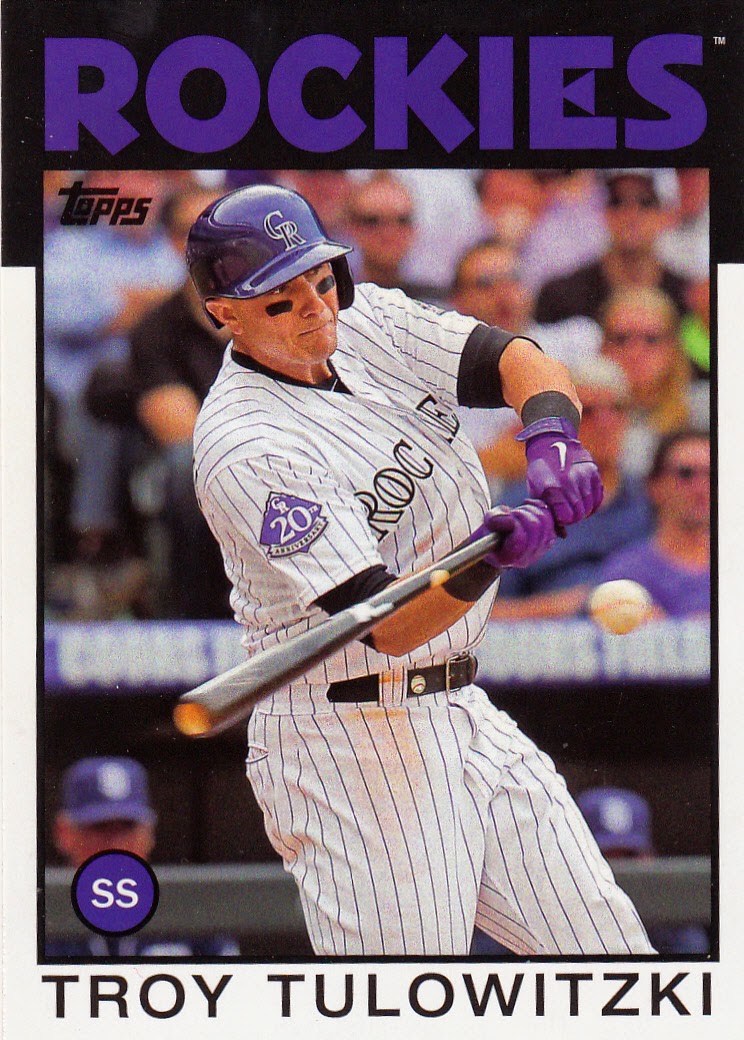 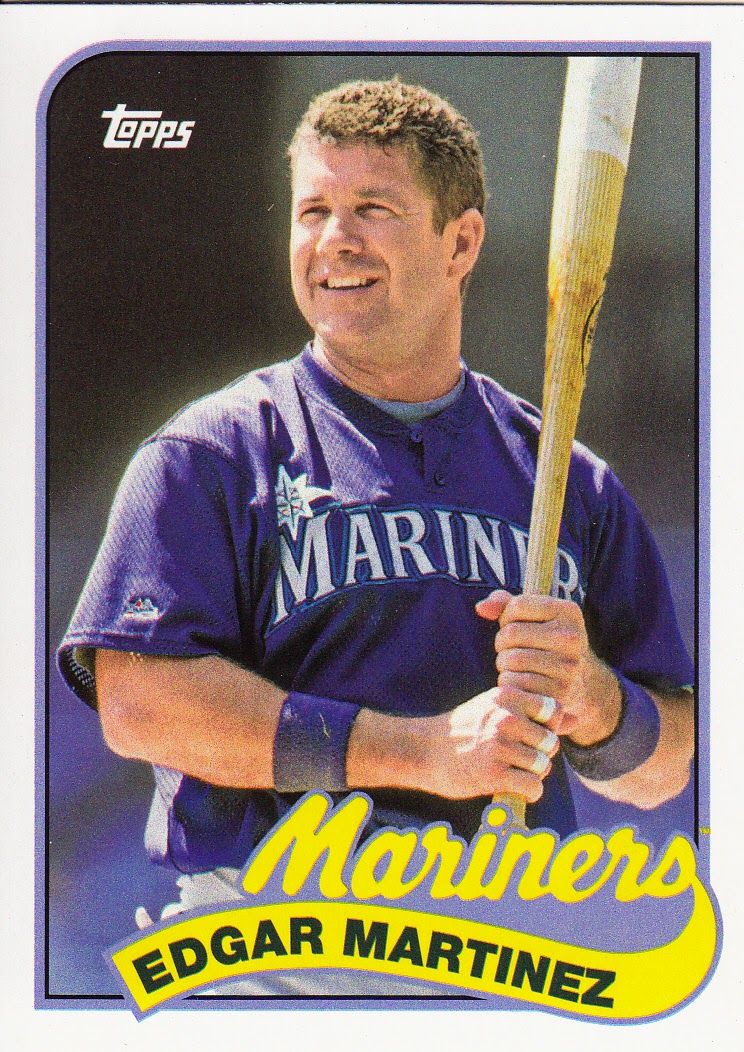 I haven't sorted all of the cards out completely and carefully, so it's possible that one or two got by me, but that's what I got for the high numbers.  Not bad, certainly.

Then, there were the gold and silver parallels that were inserted into the packs.  I got four gold (which are numbered to 199) and 2 silver (numbered to 99).  Here are the Gold:


Now, for the Silver ones:

Since these are parallels and are not Brewers, I sure would love to get Brewers parallels back in return for them.  Anyone help me there?  All you Yankee, Red Sox, Pirates (okay, Matt), Mariners (?), Giants, and Dodgers fans must have some Brewers parallels from this product, right???

I did like that Topps used the glossy All-Star insert design from the 1980s as an insert card this time around, though it would have been nice if these were glossy too.  But, I suppose they wanted to avoid confusion between the originals and these.  I received 6 of these All-Star inserts: 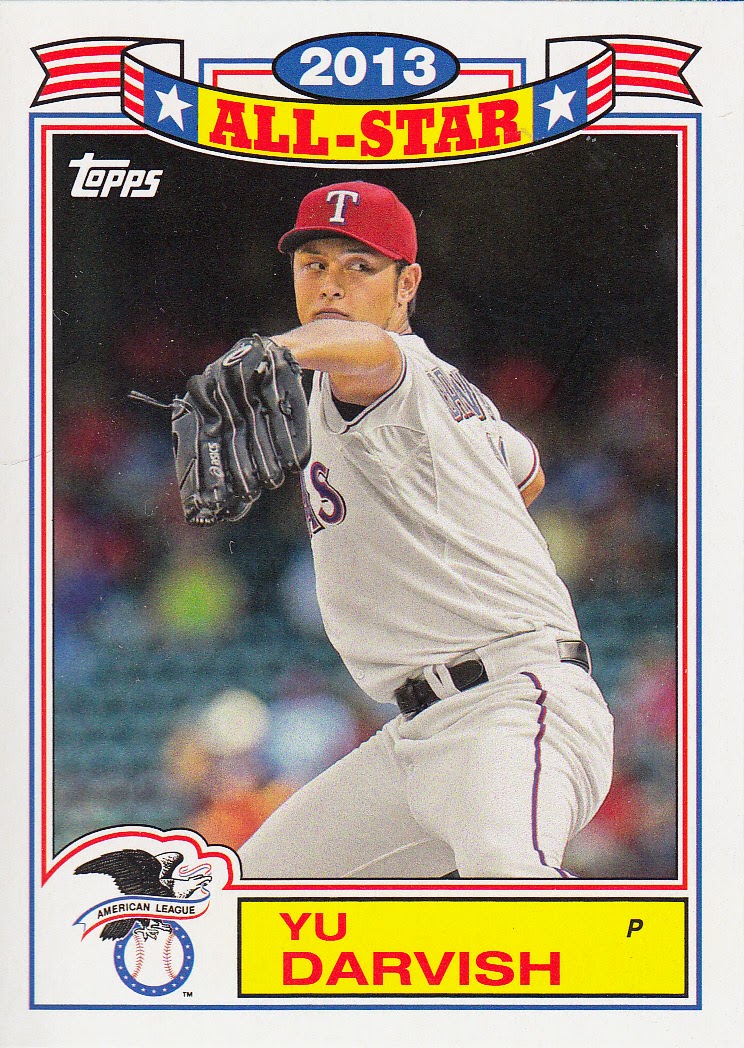 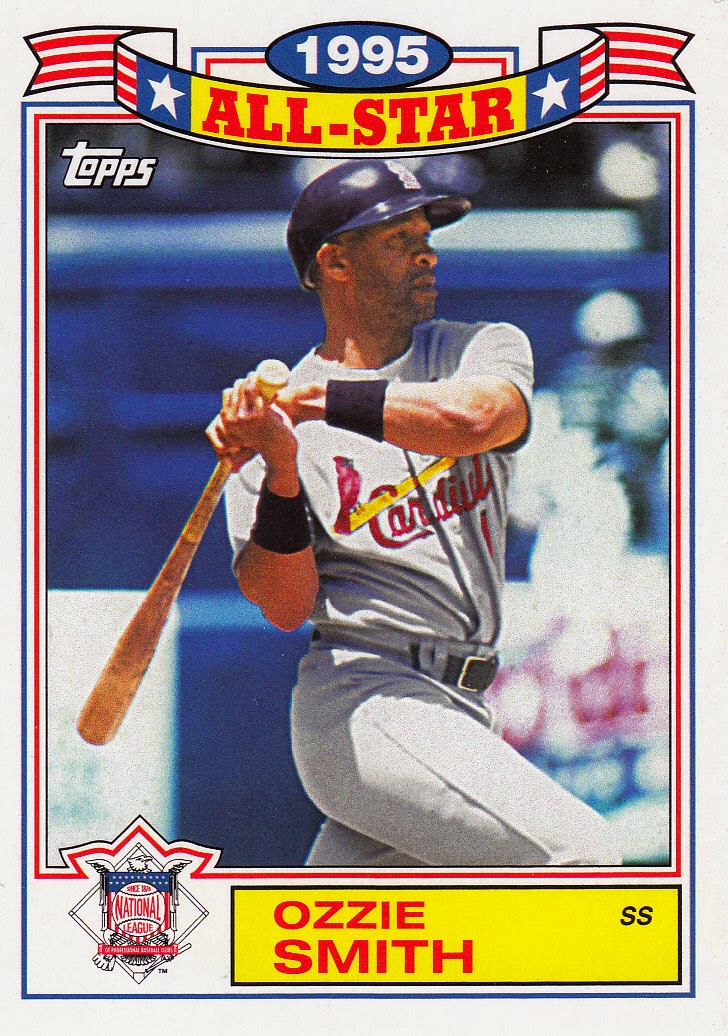 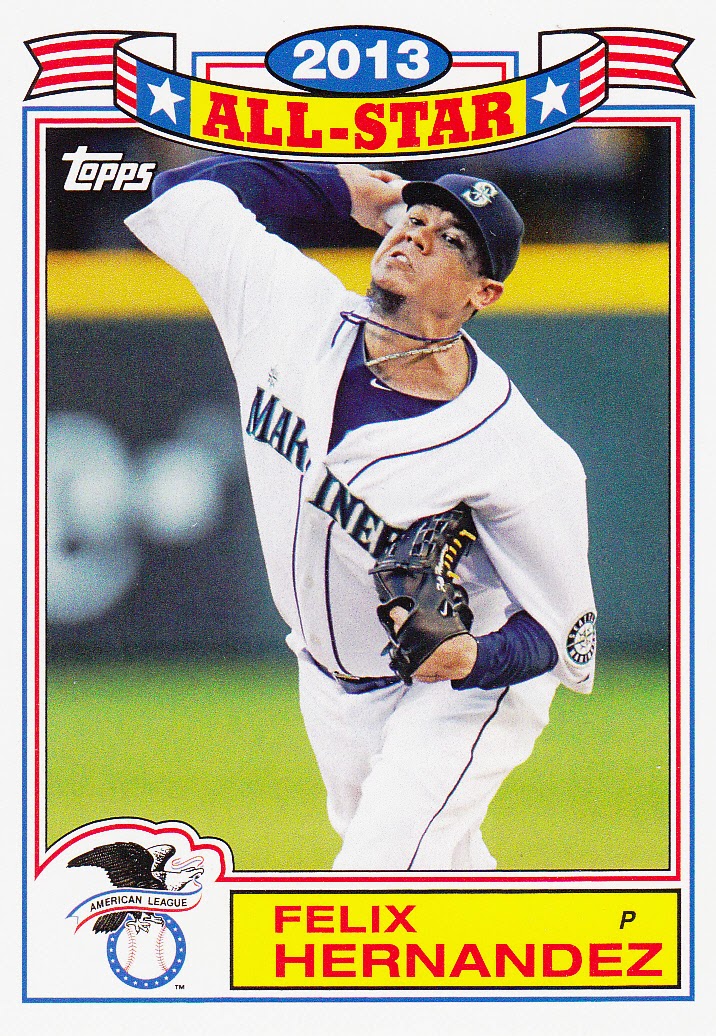 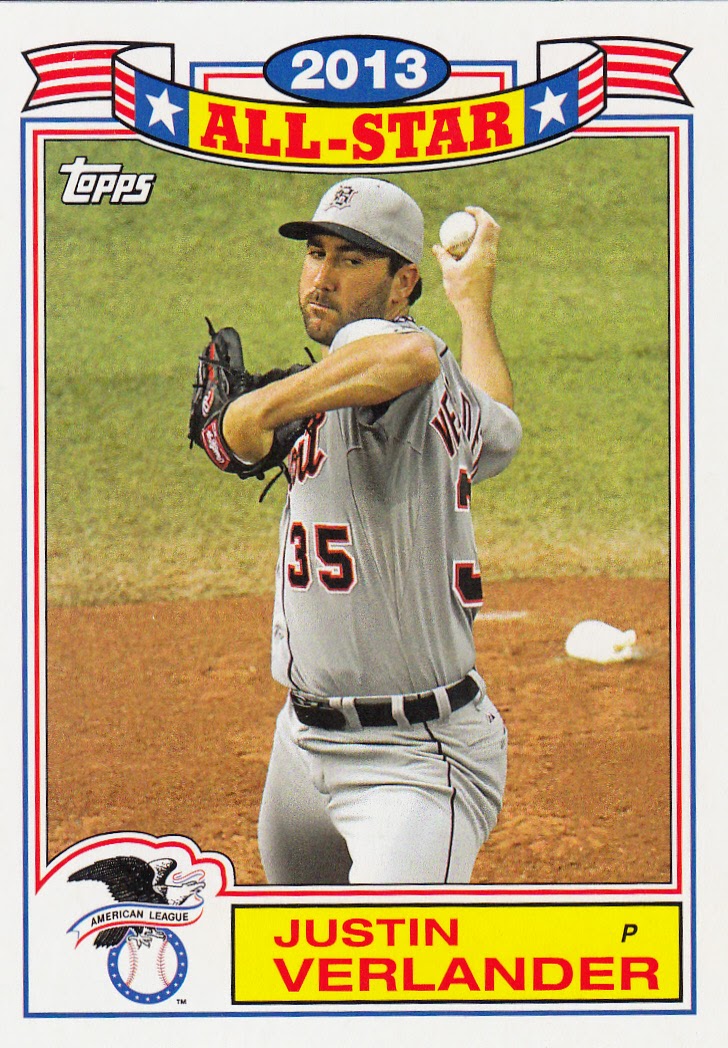 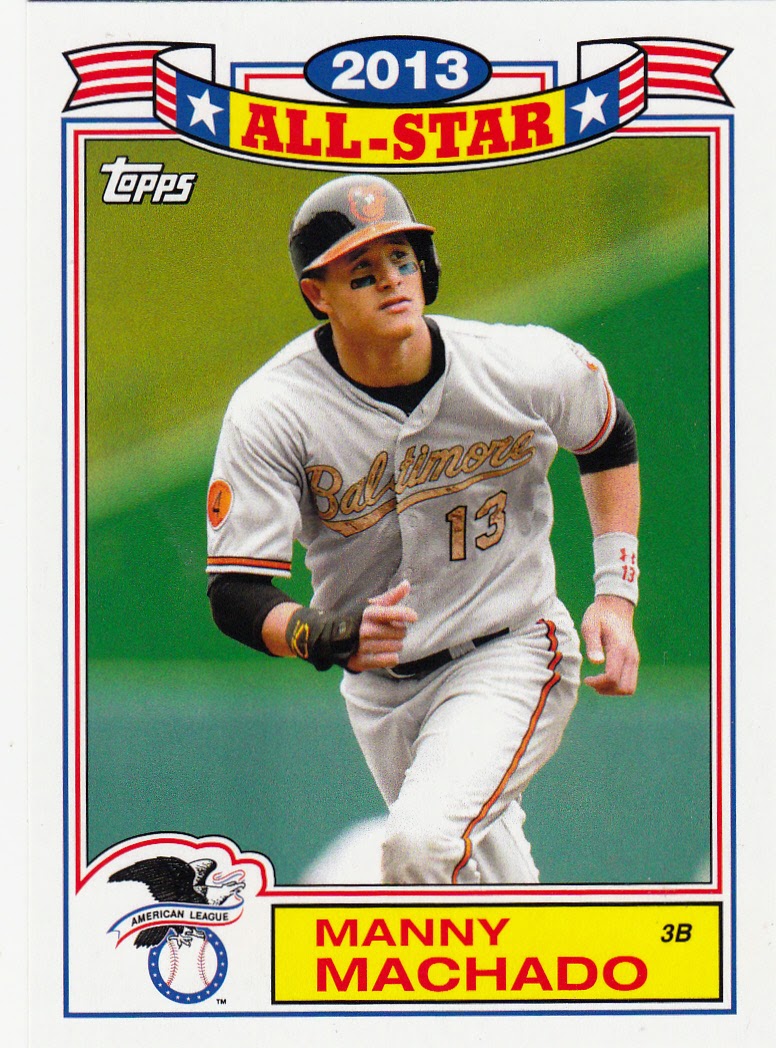 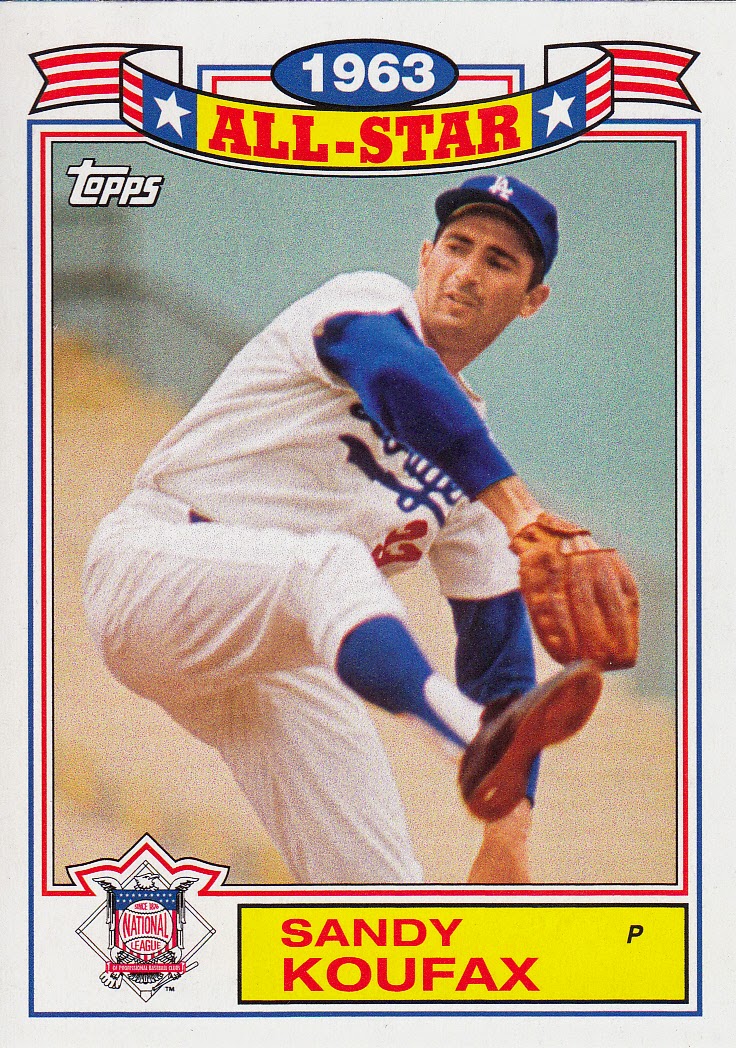 These are all available as trade bait as well, since I don't collect any of these guys. 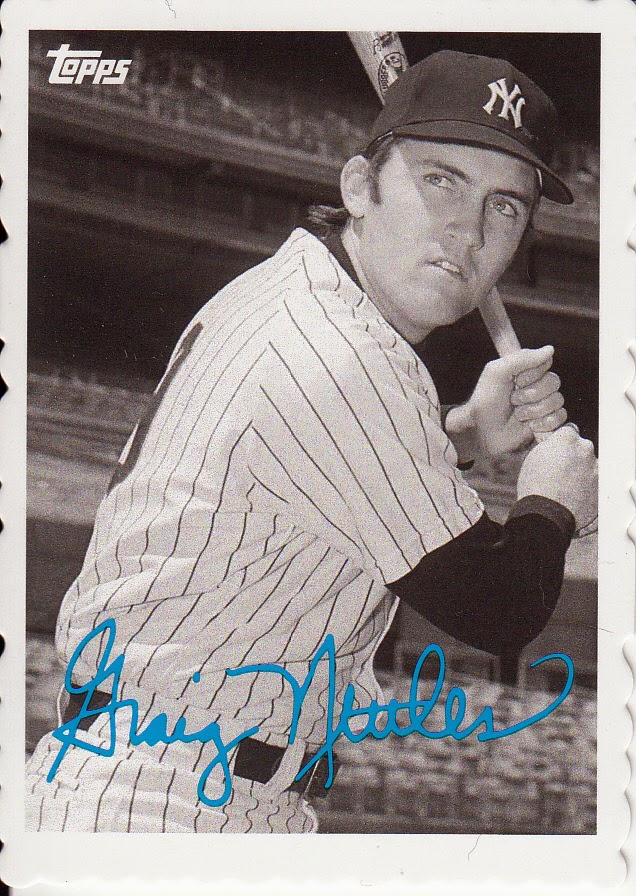 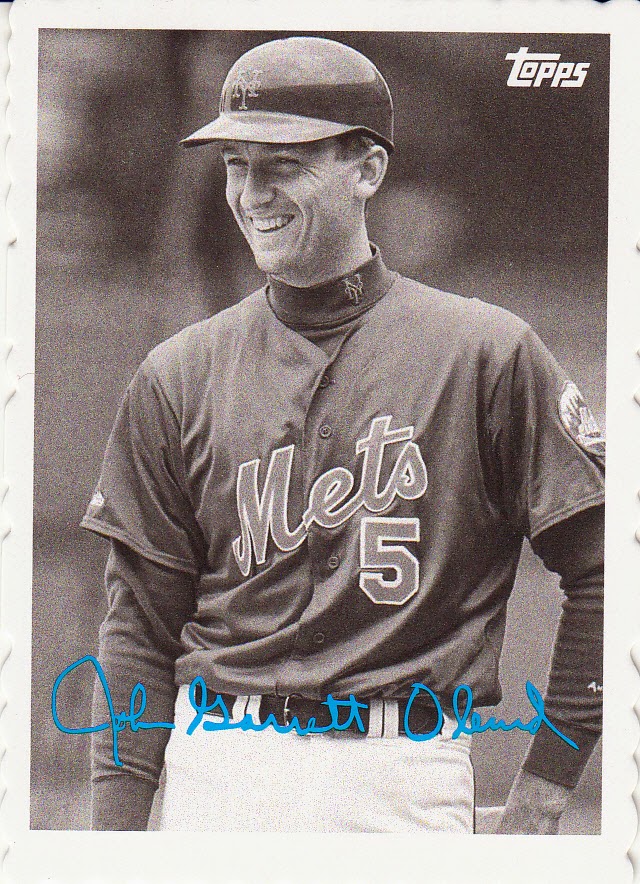 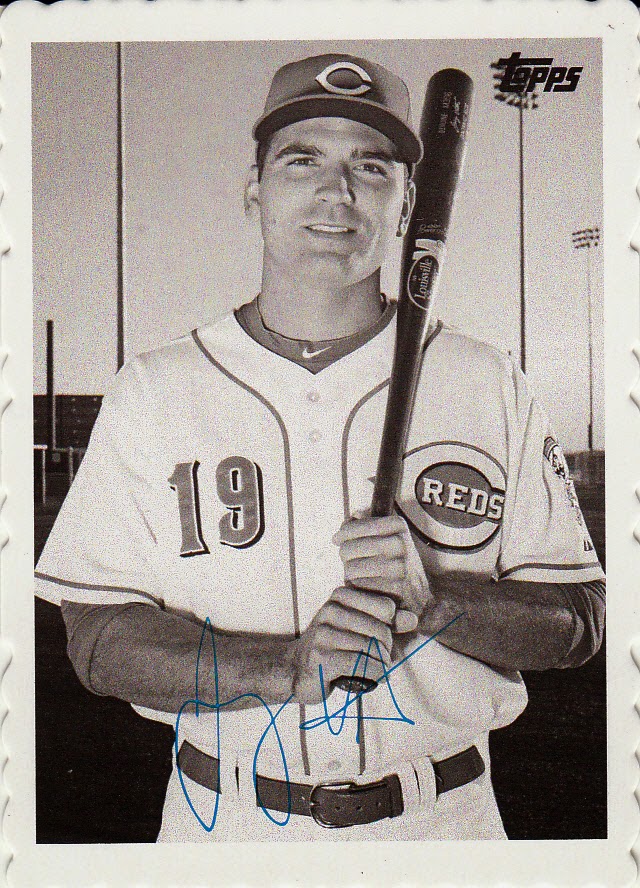 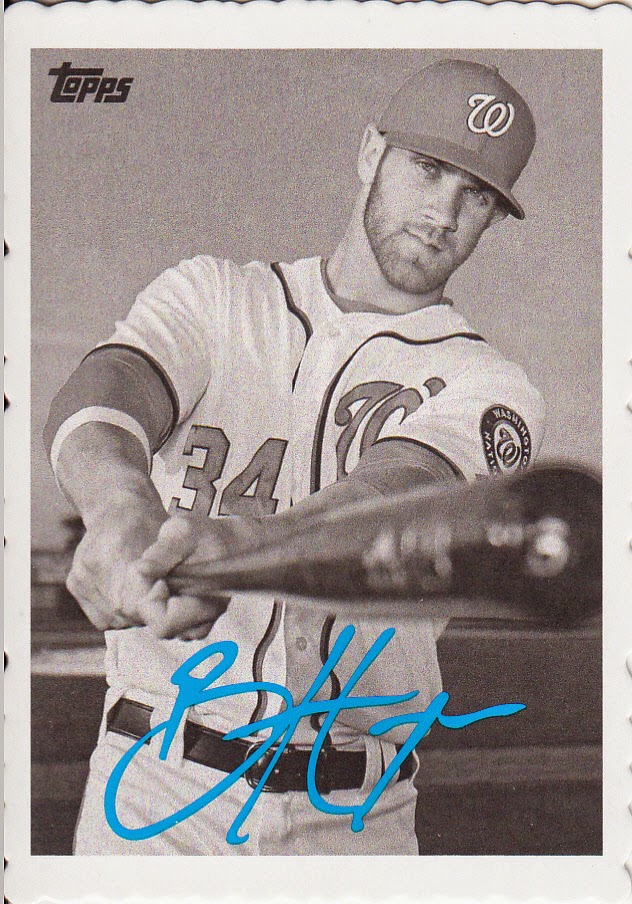 I also pulled one of those "Firebrand" wood cards.  Is there a Jose Canseco collector who would like this one? 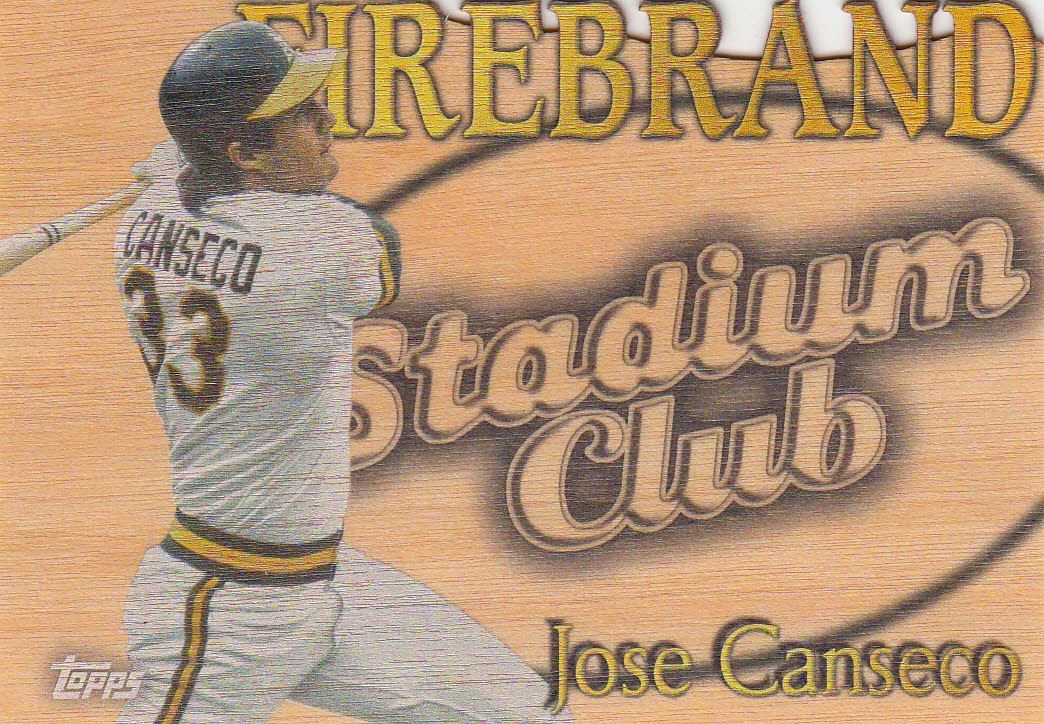 Only three more inserts to go.  The first are the "Major League" inserts.  Now, I liked the movie back in 1989.  I really did.  In fact, I see people I knew from high school in the movie because all the baseball scenes were filmed in Milwaukee County Stadium in the summer before.  Yes, Cleveland was so bad in the 1980s that Milwaukee had to stand in for it.

Let that sink in a bit.

Here's Roger Dorn and Rickie Vaughn to make you feel better about it: 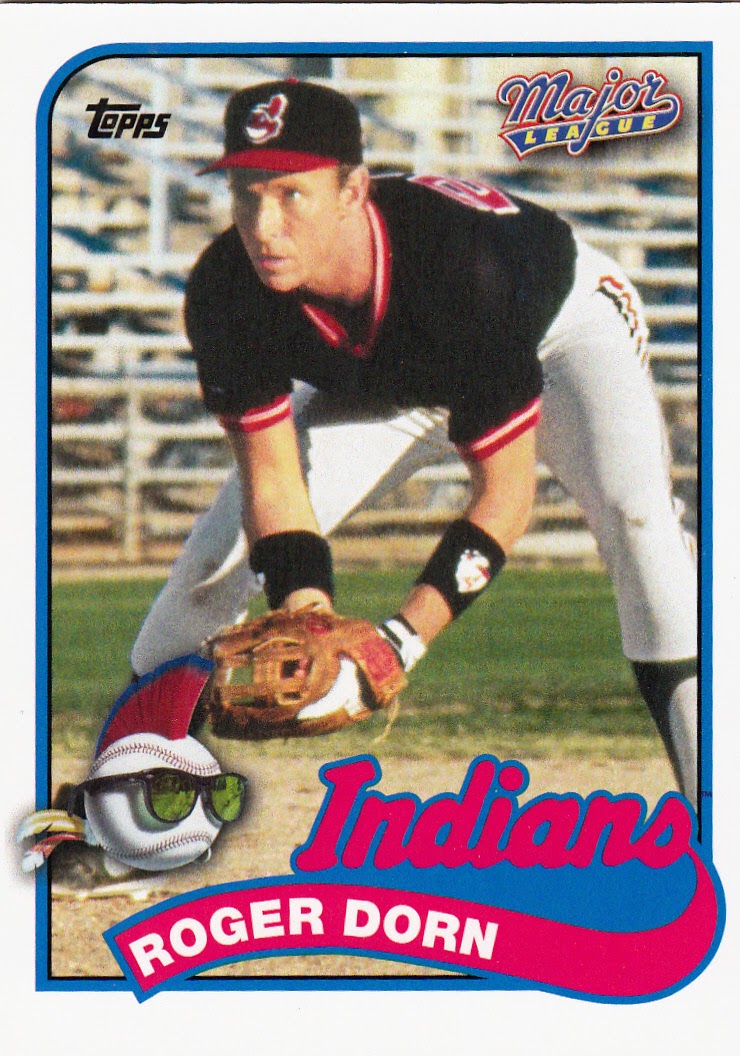 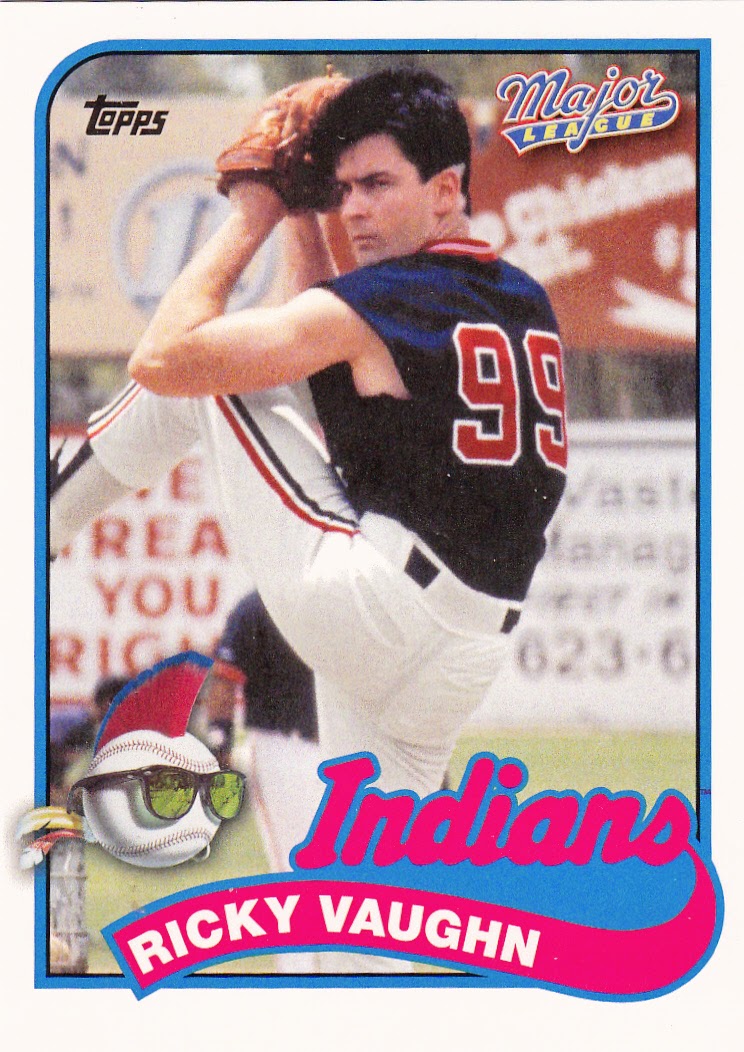 I have much less bile and antipathy toward these cards in recent days than when I first saw them.  I really don't care if I have them or not, and I'd prefer to trade them to someone who really wants them and likes them.  They aren't for me, and I just have to stop being so obnoxious as to think only those items that I like should make sets.

When I own a card company, then I get to make that call.  And that will happen when I win the lottery....which I don't play because I view it as a tax on people who do not understand probability.

Back to the inserts.  I have only the 1971 Hockey insert and the two autographs left.  Here's the hockey insert, numbered 71H-ED, a card number to make Viagra proud: 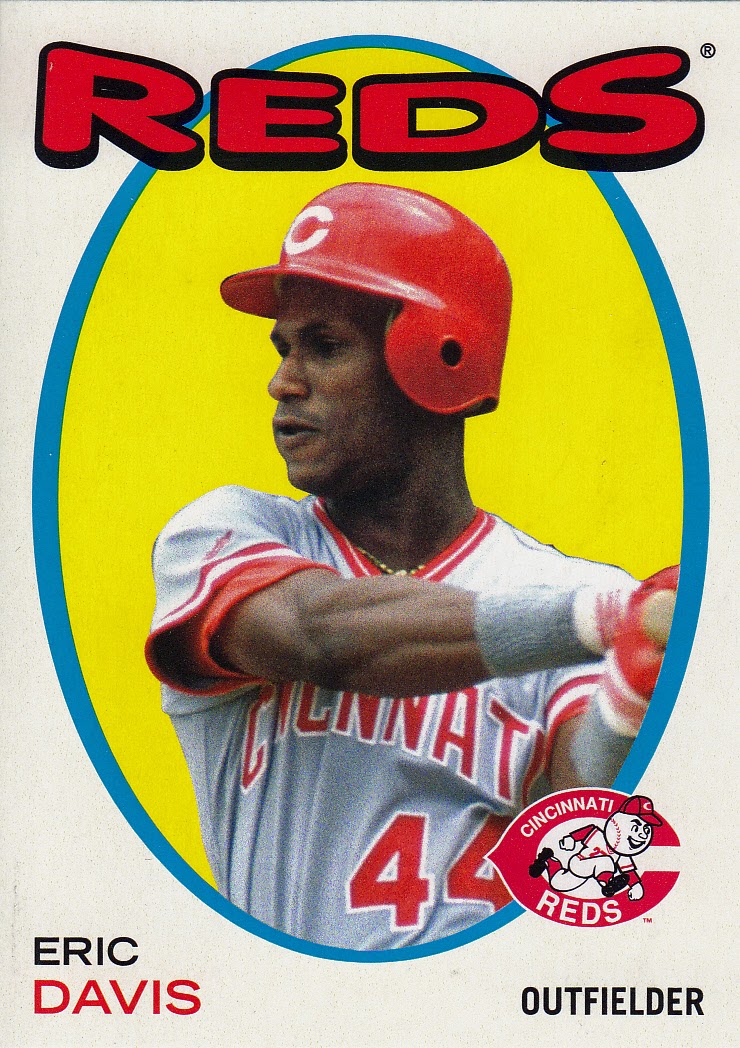 That's up for grabs too if I have anyone who reads this blog who wants to trade me something for it.

Finally, I have autographs.  First, I got one that made me realize that I don't hate all Yankees players -- just the ones that Topps and ESPN have shoved down our throats non-stop. Because I kind of like Mel Stottlemyre: 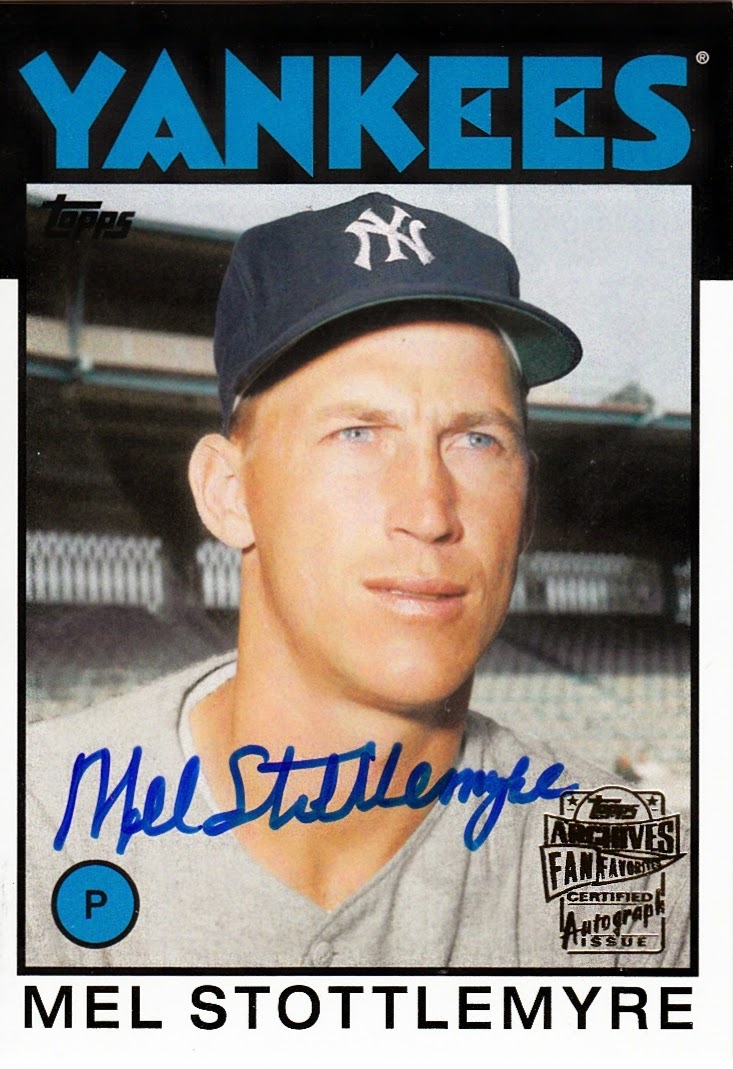 Finally, I thought I had just another run-of-the mill autograph.  When I was looking at the backs of the cards, though, I realized that this one is some sort of silver parallel.  Too bad it's just Rob Dibble, bro: 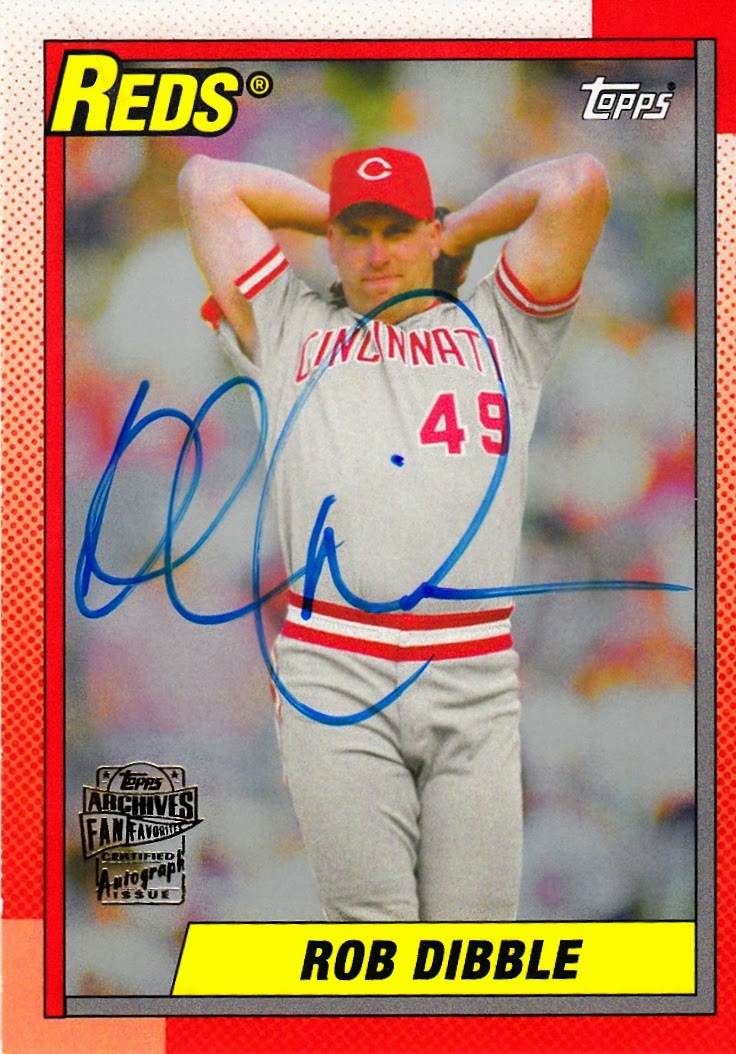 The Dibble is serial numbered 8 of 25.  Is there a bro collector in the house?

If you want good stories, though, read the 1982 Topps Blog today, where I talk about the Anastacio Somoza regime in Nicaragua in the 1970s and close by e-mailing a missionary.
Posted by Tony L. at 7:44 PM