I love the fact that eBay exists.  There are times that I wish that my local flea market or card show were more like eBay -- at least in terms of the available selection of items.  The problem is that I know it would turn out more like what Dave Chappelle envisioned the internet would be like if you could visit it.

So, let's forget I ever thought about that.

Instead, for this edition of Memorabilia Monday, I'm highlighting a cool stadium giveaway from 1990 of Milwaukee Brewers cards.  It should surprise no one that these cards were sponsored by Miller High Life.  Miller Brewing is such a part of Milwaukee life that people take it personally there.  Seriously, saying you like Budweiser in Milwaukee is similar to saying you like Pepsi in Atlanta -- people immediately view you with suspicion and disdain for making such bad decisions in life.

Now, usually, when you get cards in a giveaway at the ballpark, they come in a cellophane wrapper.  Not these.  Here's the book that they came in: 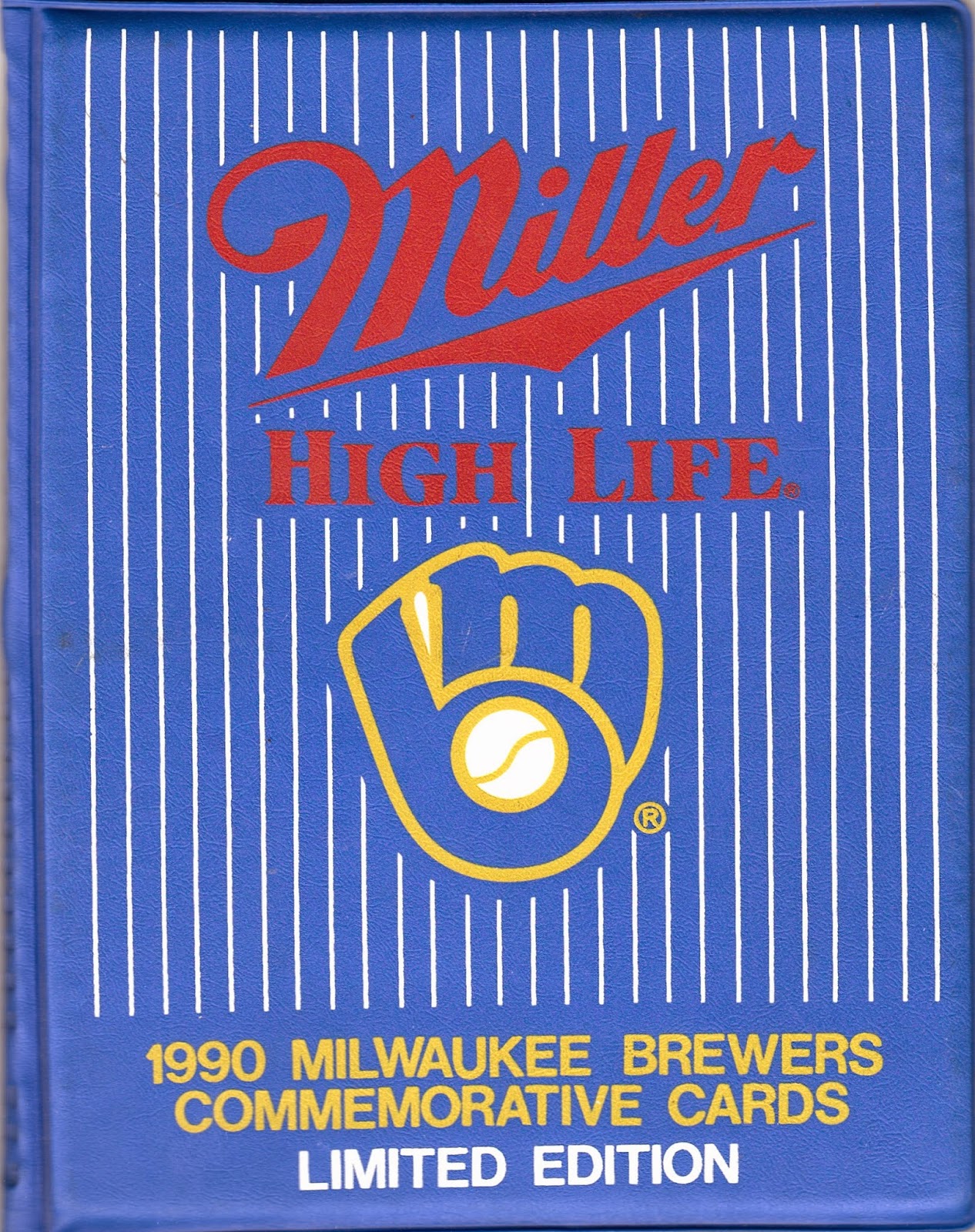 The book contains four-pocket plastic sheets that hold standard-sized cards.  It's pretty unique in that regard -- I don't know that I have seen another similar card giveaway.

The cards themselves are not bad looking cards -- kind of generic except for including beer logos on them: 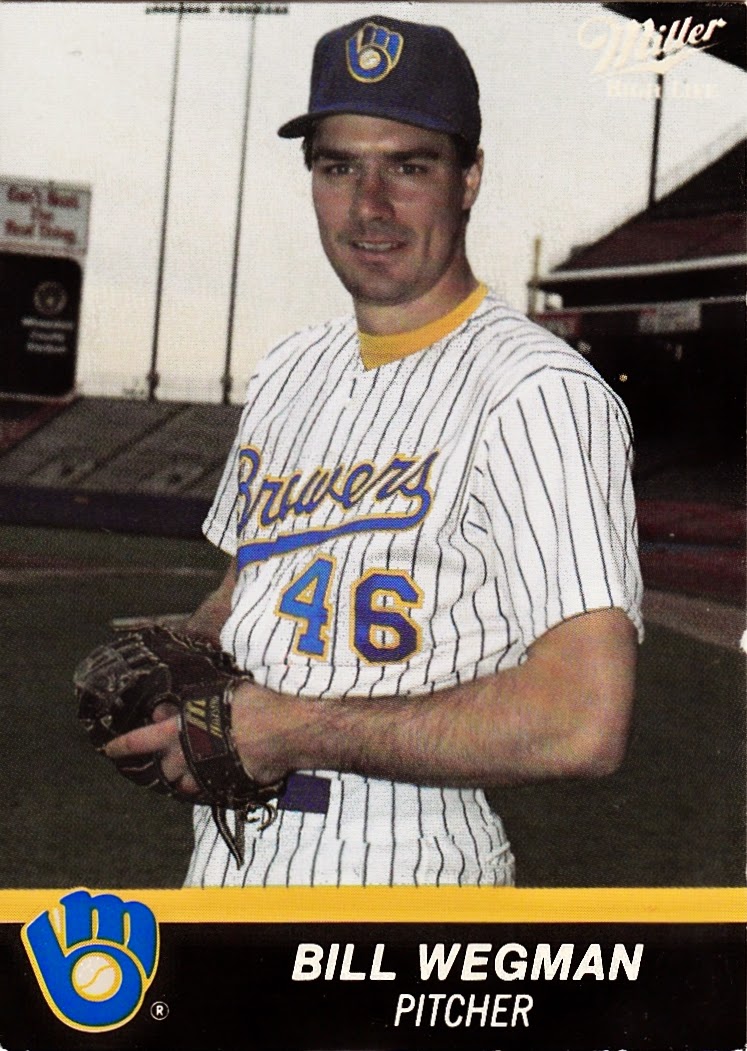 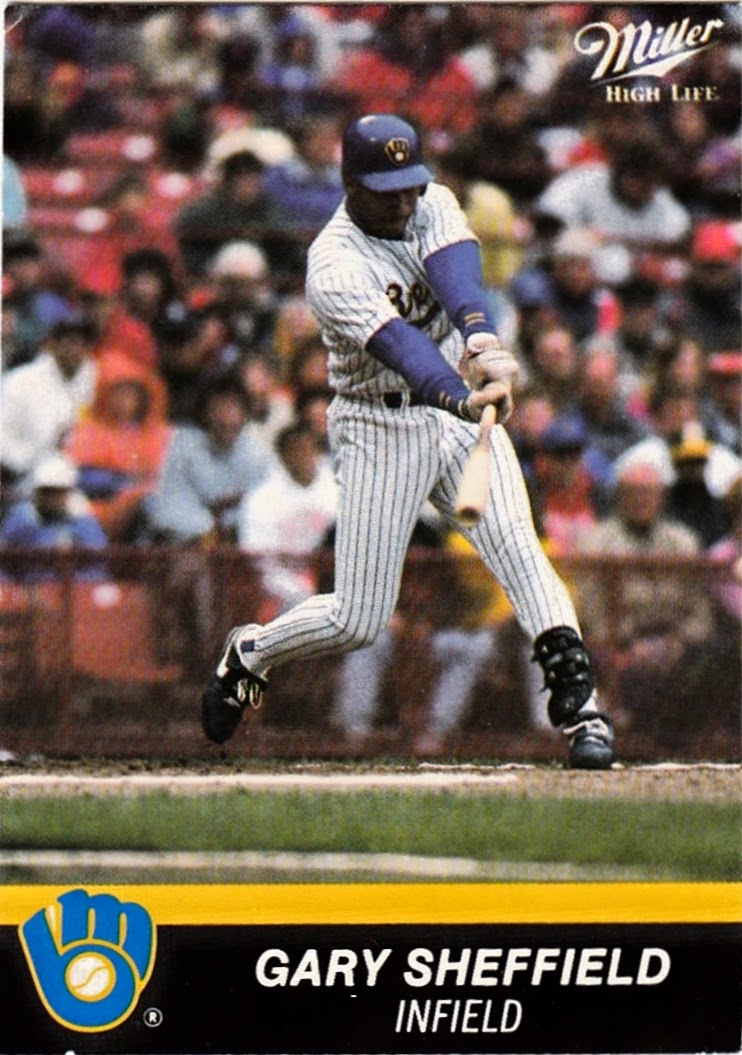 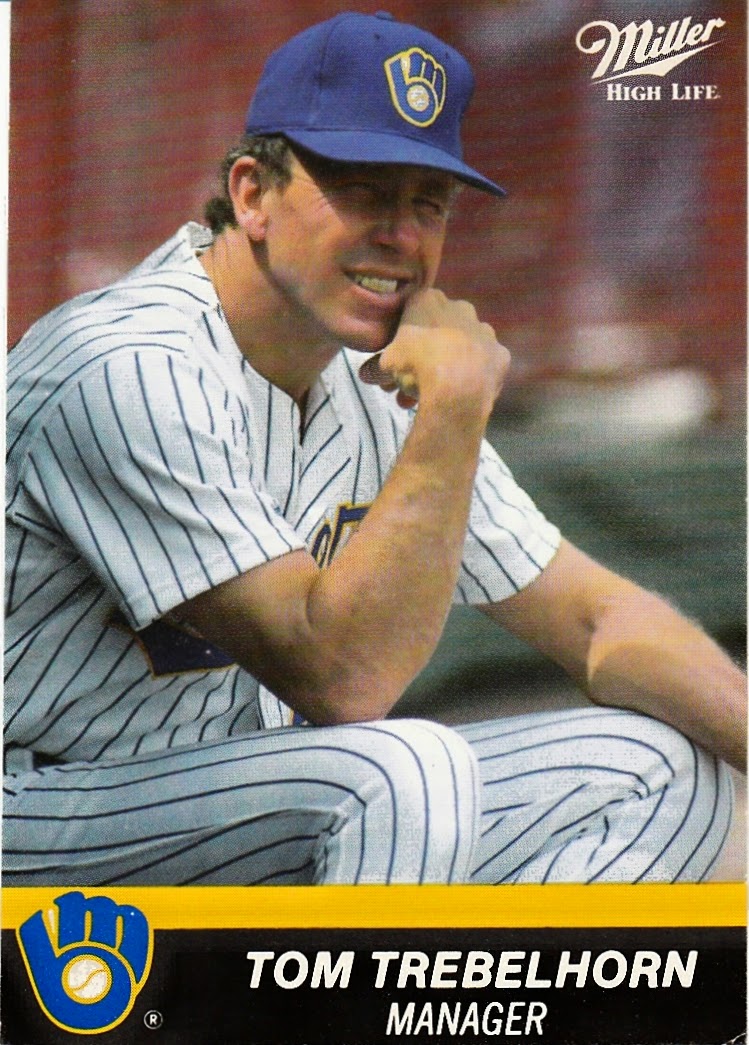 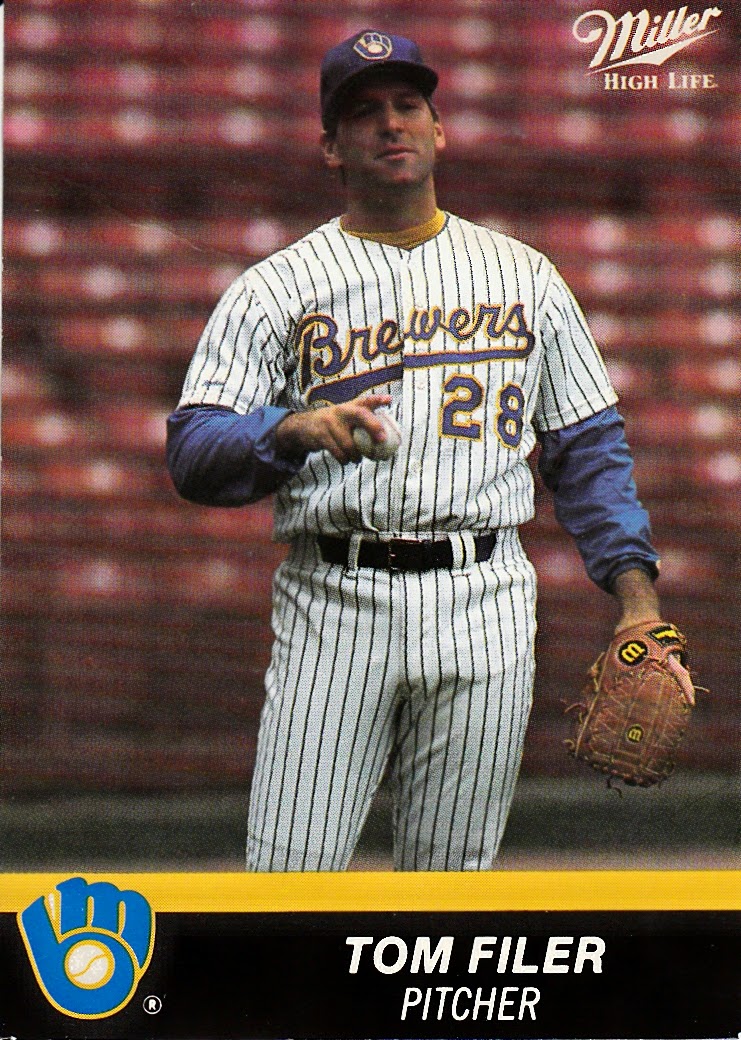 1990 was a strange year for the Brewers.  The team had been in decline from 1987 forward, and, as I have mentioned before, the Brewers had to make a splash in free agency -- signing Dave Parker -- simply to convince long-time shortstop and centerfielder Robin Yount to re-sign with the Brewers.  Despite making that signing and despite Parker having a fairly good year, the Brewers struggled and finished 74-88.

This was in no small part driven by the fact that Paul Molitor missed 59 games due to injuries -- which were a fact of life in his time in Milwaukee -- and due to the fact that Robin Yount suddenly looked very old at age 34 in hitting just .247/.337/.380 in 158 games.  Closer Dan Plesac walked too many hitters, causing him to fall into a job-sharing position with Chuck Crim.

On the positive side that year, 21-year-old Gary Sheffield looked every bit the up-and-coming superstar that people were predicting for Dwight Gooden's nephew, and Parker contributed a decent season as well.  Ted Higuera chipped in with his last reasonably full season as a starting pitcher at the age of 32.

Still, this Memorabilia Monday was a throwback for me to my last summer as a full-time Wisconsin resident.  That August, I moved to Nashville, Tennessee, and came to the realization that I liked living in the South better than I did living in the cold of the Midwest.  So, despite the fact that the baseball season was not a great one, it still was a special one to me as I look back twenty-four years thanks to this great purchase off eBay.
Posted by Tony L. at 7:00 PM