It seems everyone has weighed in on 2015 Topps already.  People love this set, and for all the right reasons.  It's not for "SICK HITZZZZZZZZZZ", even if there are a number of very desirable and collectible autograph inserts in the set.

It's not for Topps recycling some old set's design for a mini insert set, either. Thankfully, after minis from 1987, 1972, and 1989, this set is free of such shenanigans so far. That's not to say that this set doesn't have about 15 too many insert sets, mind you, but it is to say that, at least in Series 1, Topps did not turn to the past to try to sell this year's cards.

No, the 2015 Topps set is being praised for being a break from the boring white bordered cards that have stained our collective hands since around 2009 or so. Now, not everyone likes the set, to be fair, but generally most people seem to be revelling in the fact that the set has color everywhere.

About a week ago, I got the results of joining the jumbo pack hobby case break that Chris over at Nachos Grande ran over the first couple of weeks of February. I definitely appreciate the Brewers base cards in the new flagship -- they are good looking cards: 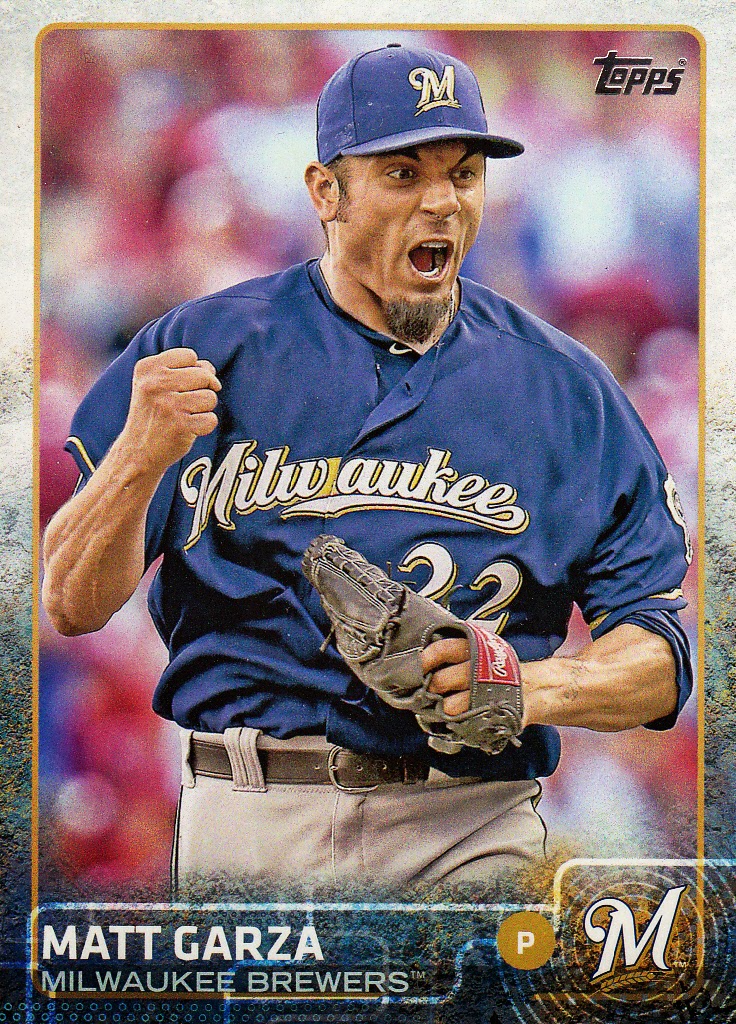 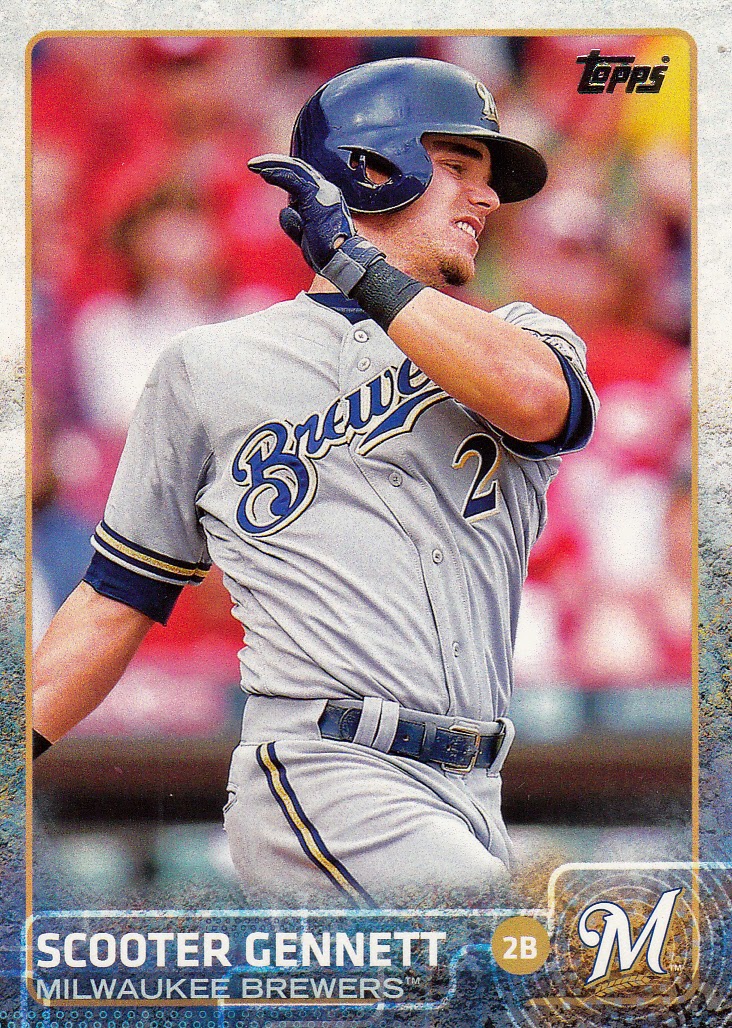 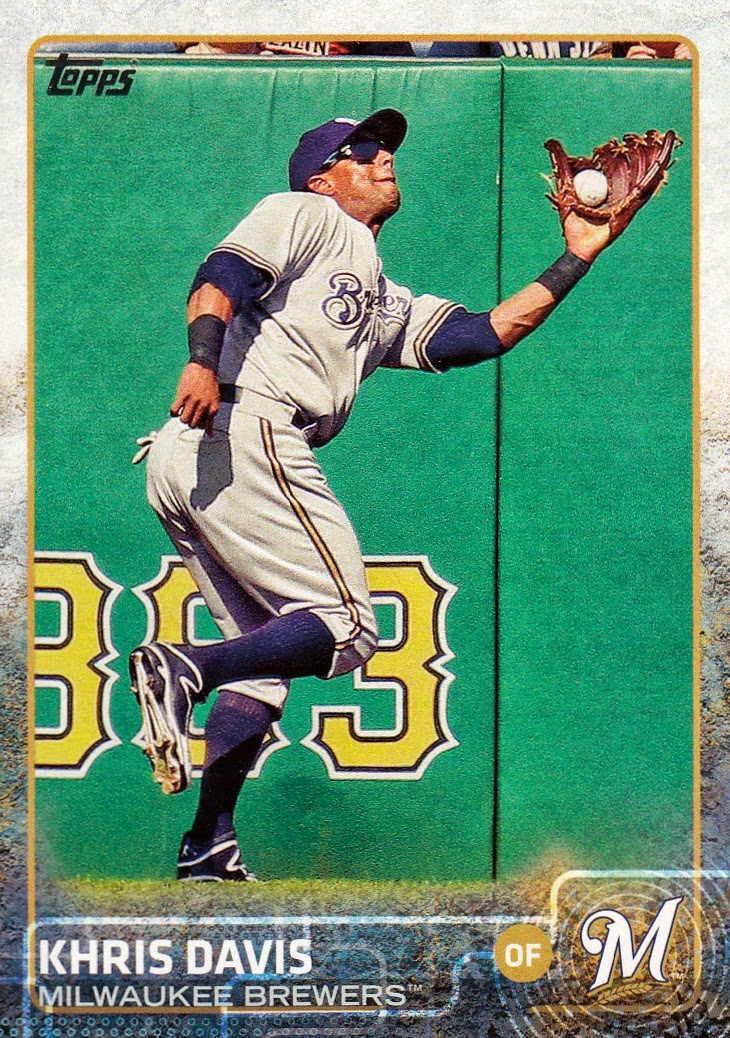 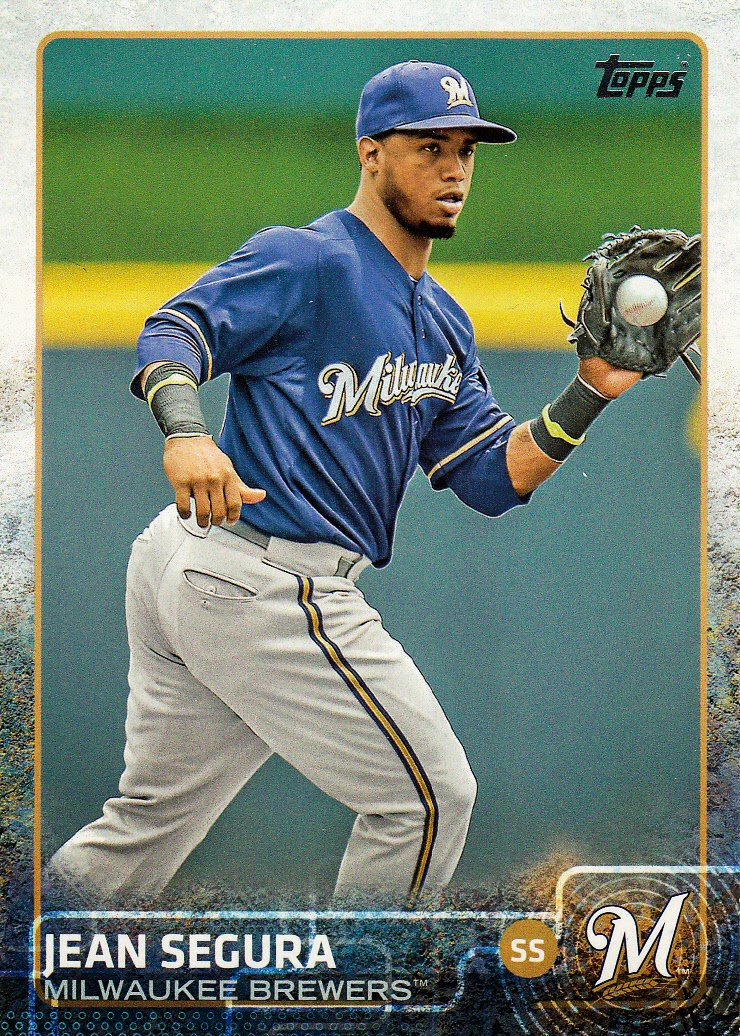 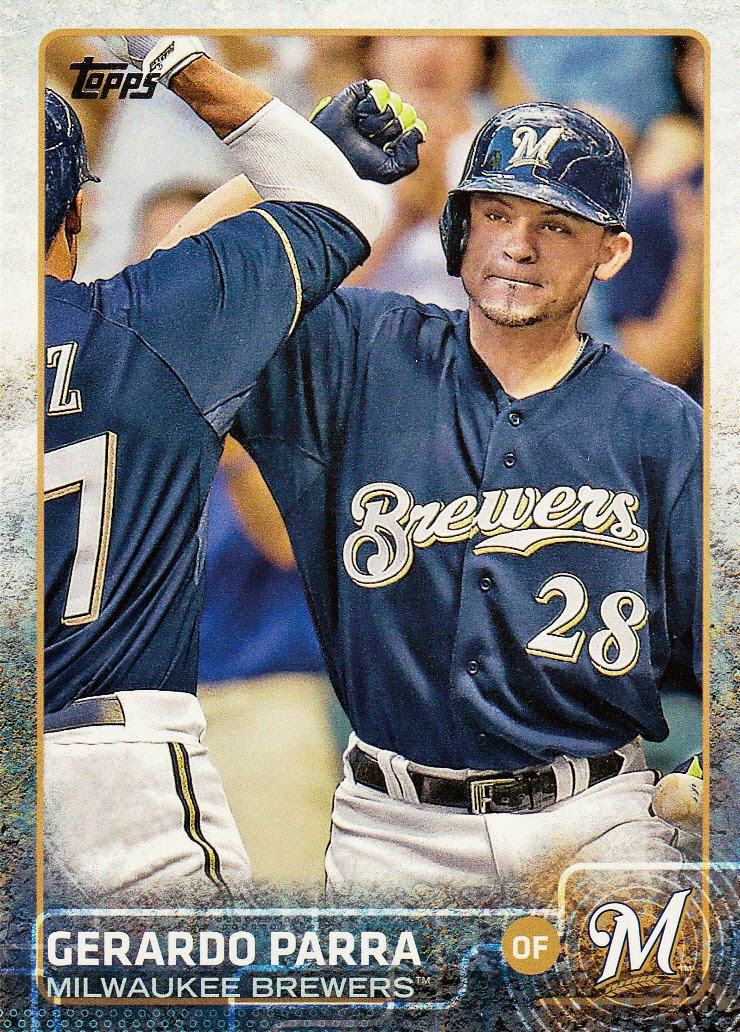 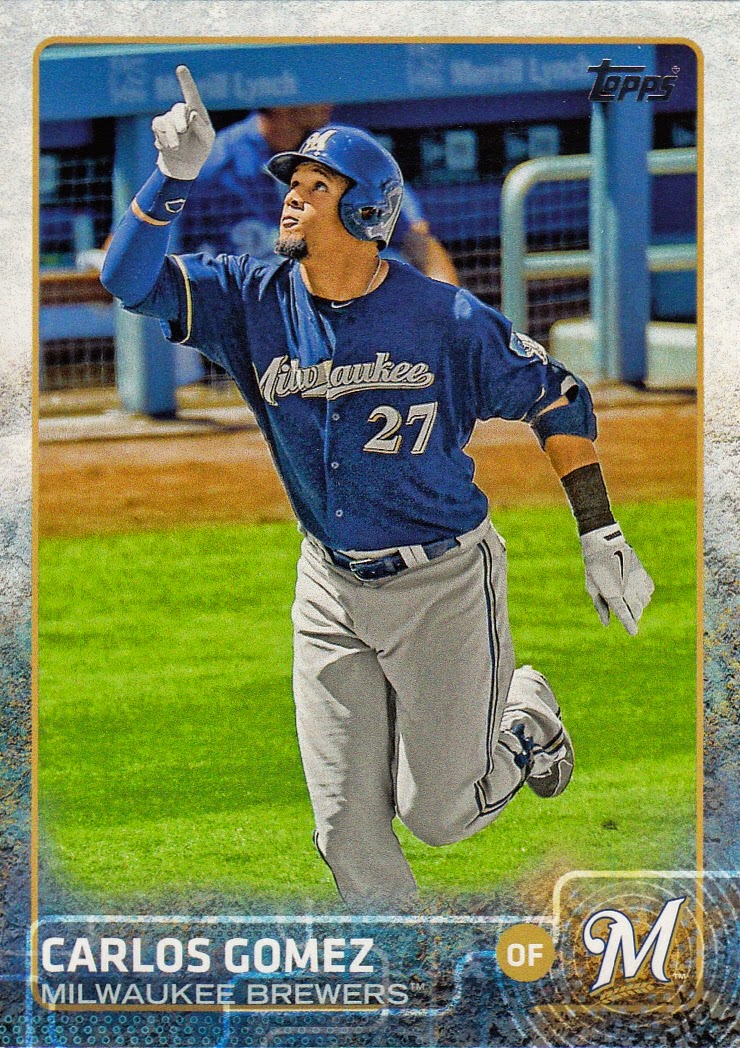 These are reasonably attractive cards, for the most part. The use of proper team colors -- or close to team colors -- is a nice touch.  There are still too many of those "way too close" shots of guys hitting (at least on the Brewers) for my taste, but these are a definite upgrade from past years' cards.

Now, I will say, I should have known better than to invest in a case break involving the Brewers and Topps, but this case break was a particularly bad one for me. In all, outside of base cards, I received a grand total of three parallels and one buyback -- and that is it. 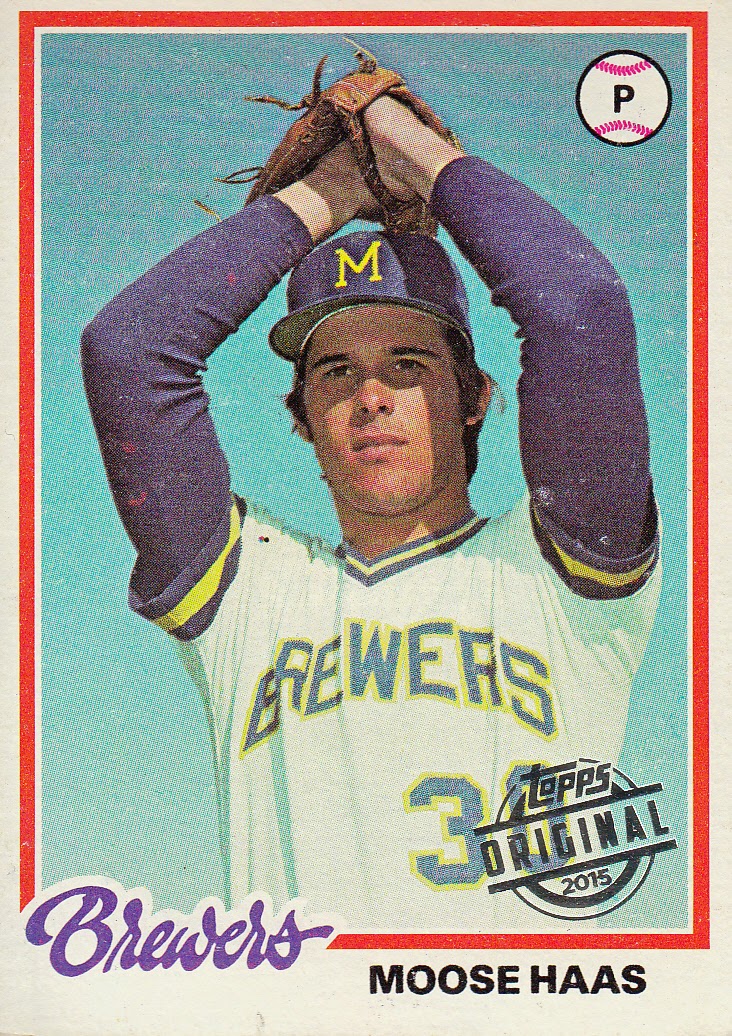 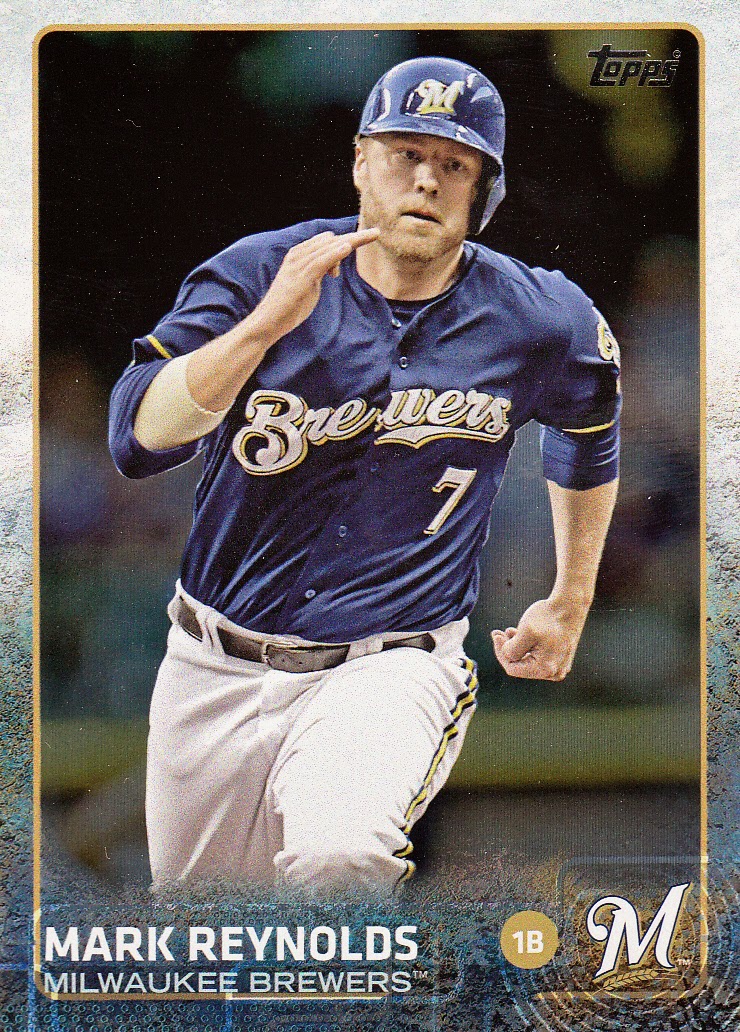 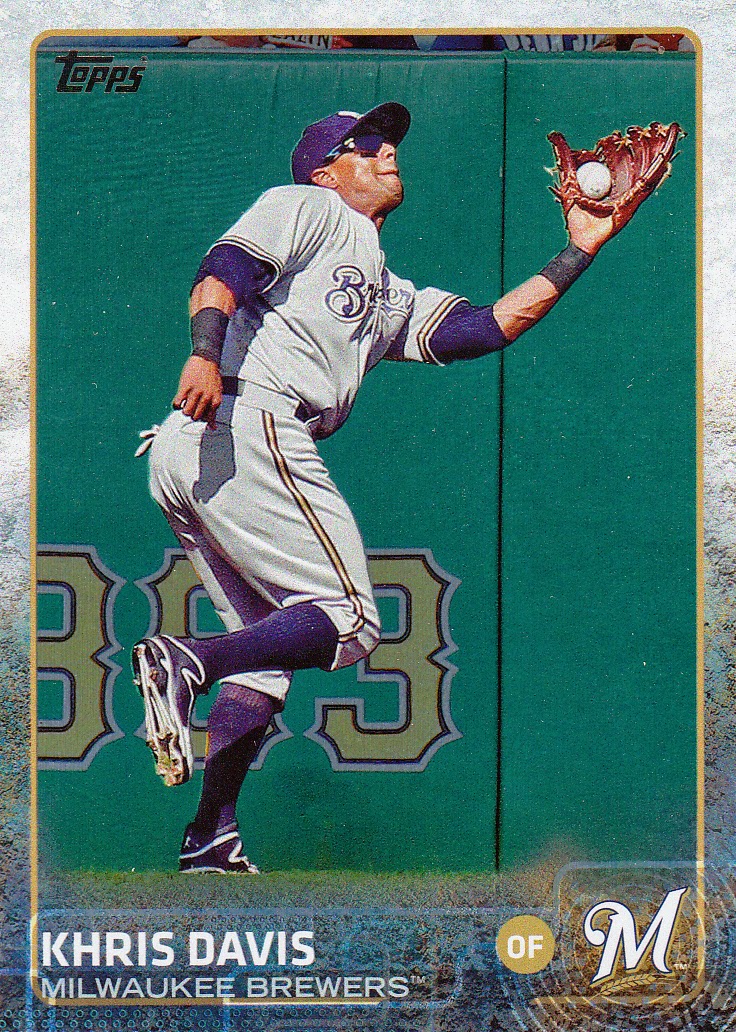 I wasn't expecting much, but I was hoping for, maybe, one or two gold parallels. Nope.  The saving grace here was the 1978 Topps buyback of Moose Haas, who at least is a PC for me (none of the 2015 Topps parallel guys are).

I guess I should have known better than to sign up for this. Here's a quick study by the numbers as to why: if you go to Cardboard Connection's 2015 Topps Series 1 page and search on the page for "Milwaukee", you get 33 total hits on that word.

10 are the Series 1 base cards.
2 are the "Career High Relics Set" cards for Carlos Gomez and Ryan Braun.
4 are for the "In the Name Relics" set for Aramis Ramirez, Carlos Gomez, Francisco Rodriguez, and Jonathan Lucroy.
1 is for the Carlos Gomez card in the "Robbed" insert set -- a retail exclusive insert.
1 is the Ryan Braun Strata Signature Relics card for Ryan Braun.
15 are for Milwaukee Braves cards in various insert sets.

So, in the inserts, we're looking at 8 different Brewers cards (7 of which might have been in this break) versus 15 cards for a team that ceased to exist 50 years ago.

In other words, I should have known better.

But, that is not a commentary on Chris's break at all. Chris did a great job with the break, churning through the case quickly and getting the cards out to everyone extremely fast.  I highly recommend to anyone considering entering a case break to join in Chris's Group Break for the 2015 TOPPS HERITAGE combined with 2004 Topps Clubhouse Collection.  Slots for the break are $50 a piece and include shipping costs already.

Chris combined the Brewers slot with the Diamondbacks -- so, are there any Arizona Diamondbacks fans in the blogosphere who want to split that spot with me?