Nothing Can Replace #SuperTrader Brad's Blog

Have you ever watched TV ads and tried to determine what the demographic the advertising company is attempting to reach? Or, more to the point, have you ever watched an ad and wondered who actually gave the green light to the particular advertisement?

Car insurance ads, in particular, seem to want to be cutesy so as to make people like the pitchman in hopes that that people remember and like the company.

Liberty Mutual has an ad that appears to be an attempt to appeal to millennials, perhaps, and probably millennial women. It's about an Asian-American woman who names her car "Brad." You have probably seen this ad -- the woman stands with the Statue of Liberty ostensibly behind her talking about how she went through everything with "Brad" before she totaled her car and then breaks into her happy dance in the end.

It all seems rather trite if someone is going to break into a happy dance after destroying their car that they named.

It probably goes without saying, but I have never understood the whole giving names to a car thing. Anthropomorphizing a car just makes no sense. Then again, this ad is even more disturbing if you treat Brad as a person...

"Nothing can replace Brad!"

I agree -- here in the Blog World, nothing can replace Brad's Blog. After all, he's the Phillies representative in the SuperTraders group. Brad sent me some great cards in a recent mailing, so let's take a look at some of them. 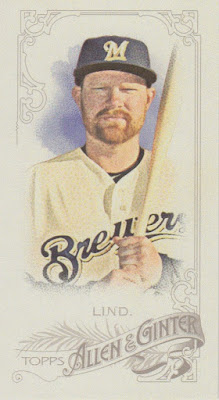 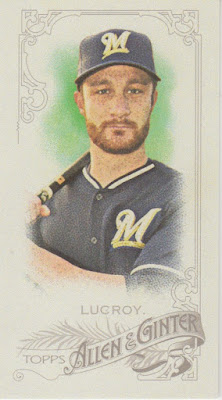 Let's start with some little Allen & Ginter from last year. Both of these cards have the A&G backs on them, so they are parallels of the parallel.

I really did not like the look of the cards last year. I've taken to calling it the Measles set. I showed the cards to my wife and asked her what she thought. Her first response was, "Do those guys have measles?" 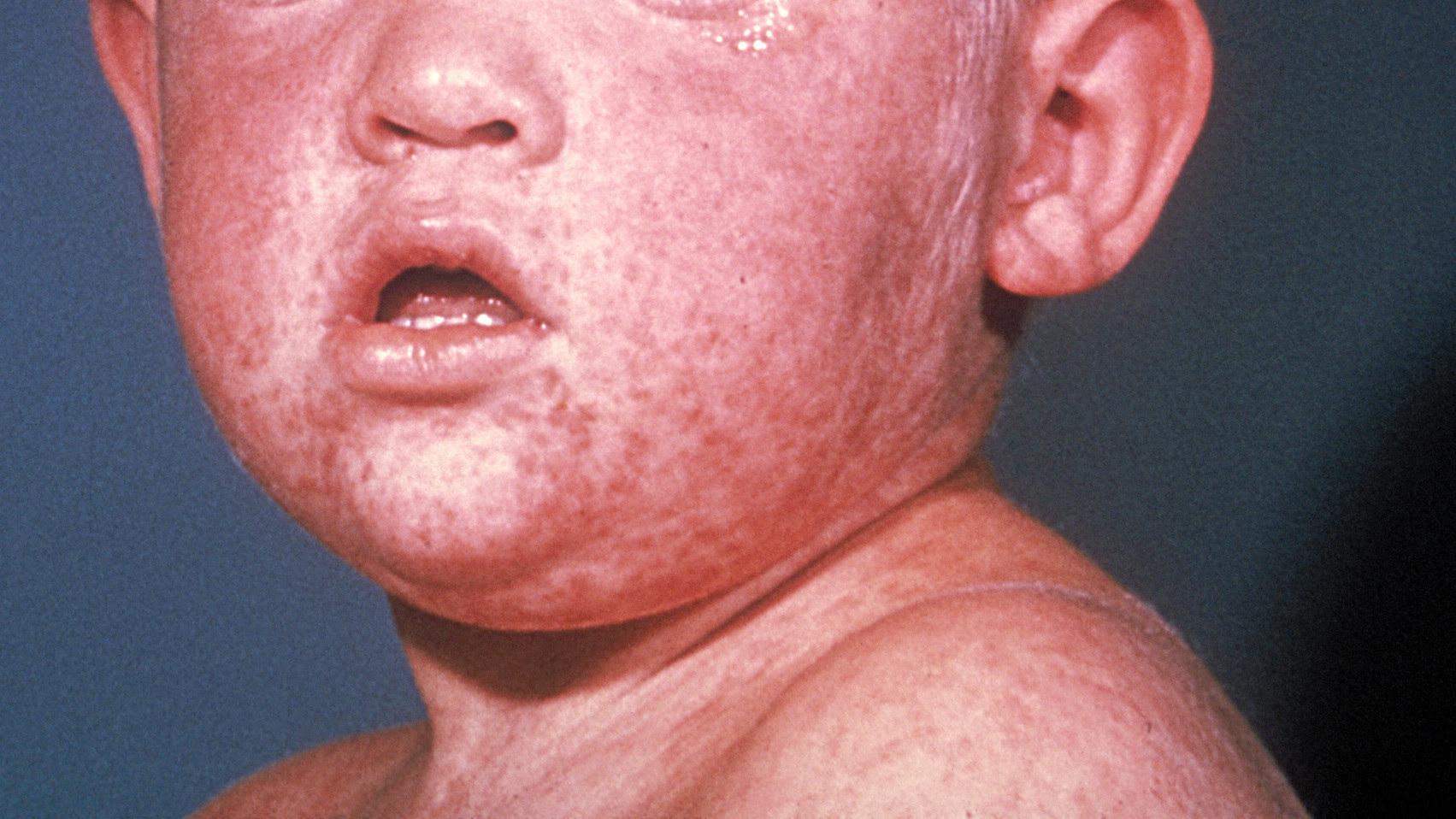 Sure looks like it to me. I'm not the only one to say this either.

A few other cards that Brad sent appear to be less contagious. 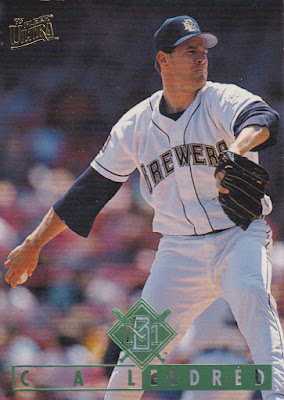 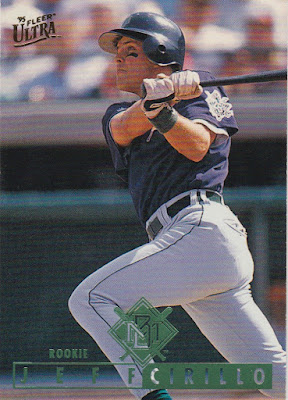 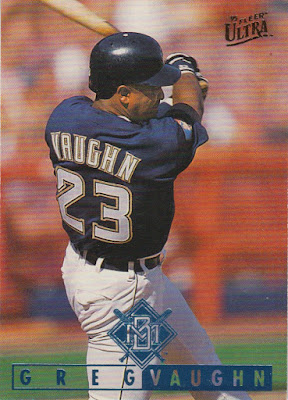 Then again, these are from the 1990s. There may be parallels proliferating in a warehouse somewhere in Philadelphia, or England, or somewhere...wherever Gavin Rossdale is these days as his ex-wife dates a country singer.


Speaking of the 1990s, here are a few more additions to the Greg Vaughn collection. 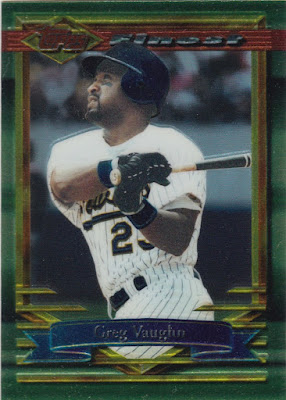 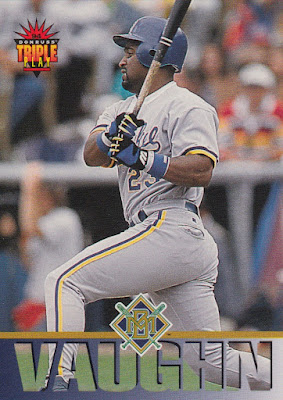 It's funny how some of my player collections have grown while others have been more stagnant than a swamp. I mean, I haven't added a new card or item to the Jerry Augustine collection since December 17, 2014. Then again, that's largely a function of how few Jerry Augustine cards there really are. I think the only one of his cards that I am missing is the 1981 Fleer error version of his card that actually shows Bill Travers on it.

That's largely a function of the fact that Augustine simply wasn't a very good player, I suppose.

Brad sent me a couple of true highlight cards -- one a relic and one autograph. Let's see the relic first: 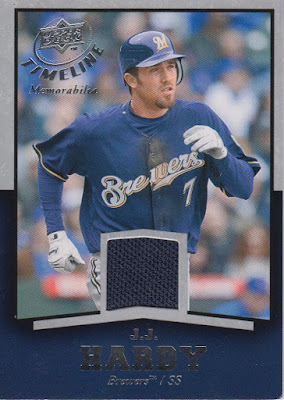 J.J. Hardy is still a very good player for Baltimore, and this nice blue swatch is a cool addition to my collection that I needed. Well, pretty much every relic or autograph is "needed" in some way, I suppose. 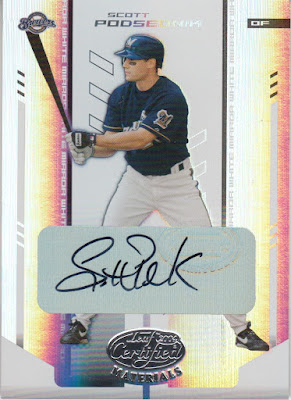 A Leaf Certified Materials of Scott Podsednik! Very cool. Podsednik parlayed his baseball stardom into marrying a Playboy Playmate named Lisa Dergan. Seems like a good excuse to me to post a photo of her.

That will do nicely.

Many thanks to Brad for the great cards and the great excuse!
Posted by Tony L. at 2:39 PM