I'm positive that Bo, the man behind "Baseball Cards Come to Life" -- which is an excellent read to find out where some of your favorite players from baseball history are now -- has probably had the "Bo Knows" line used on multiple occasions for him in his life.  I mean, for any kid who was alive and can remember 1989 and 1990, the coolest athlete on the planet not named Michael Jordan -- and perhaps even including Jordan -- was Bo Jackson.

As far as I know, Baseball Card Bo is no Bo Jackson.  This Bo knows his baseball cards -- and he knows how to help knock a bunch of needs off want lists for someone like me, who didn't collect in the 1990s.

So what cards does Bo know? 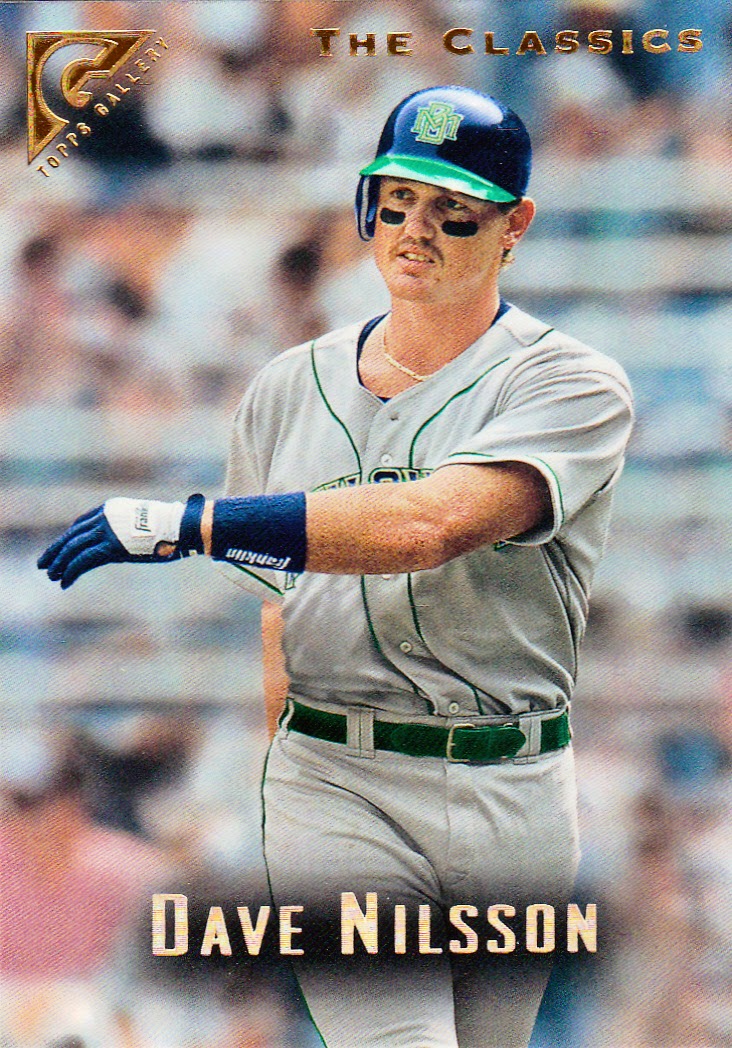 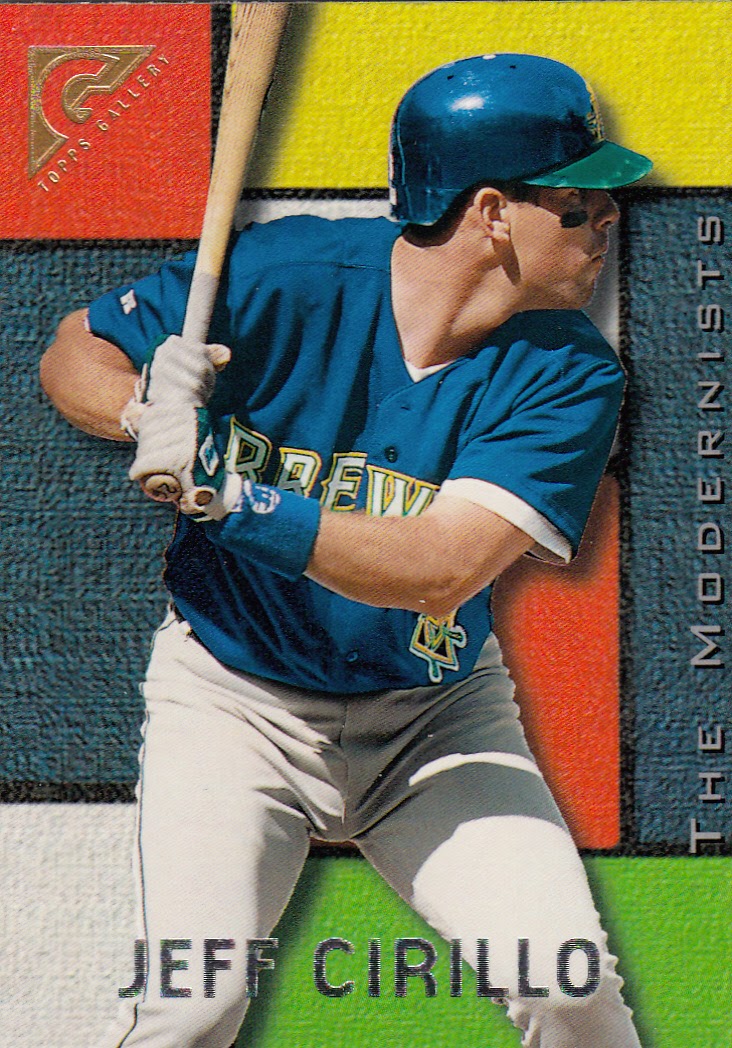 Bo didn't send me Piet Mondrian though.  I'm also unsure of what artistic movement Dave Nilsson is supposed to represent, though.  I guess the Classics is just supposed to mean, "classic baseball cards" or "classic photography."

The more I think about it, the more I like the Jeff Cirillo card. 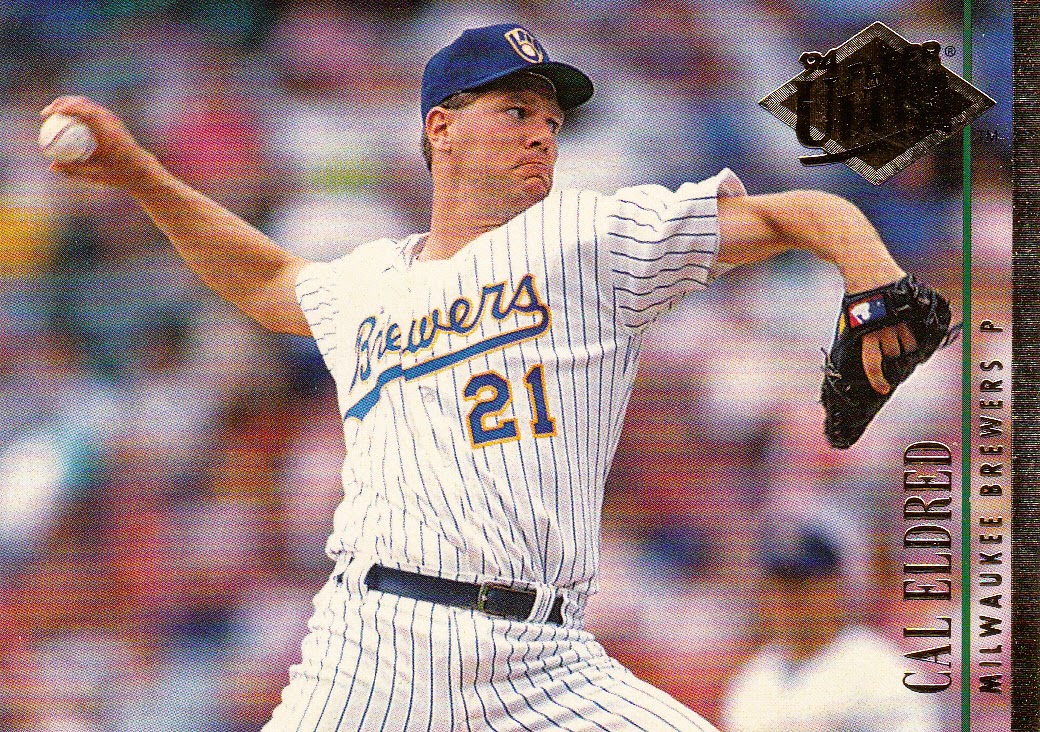 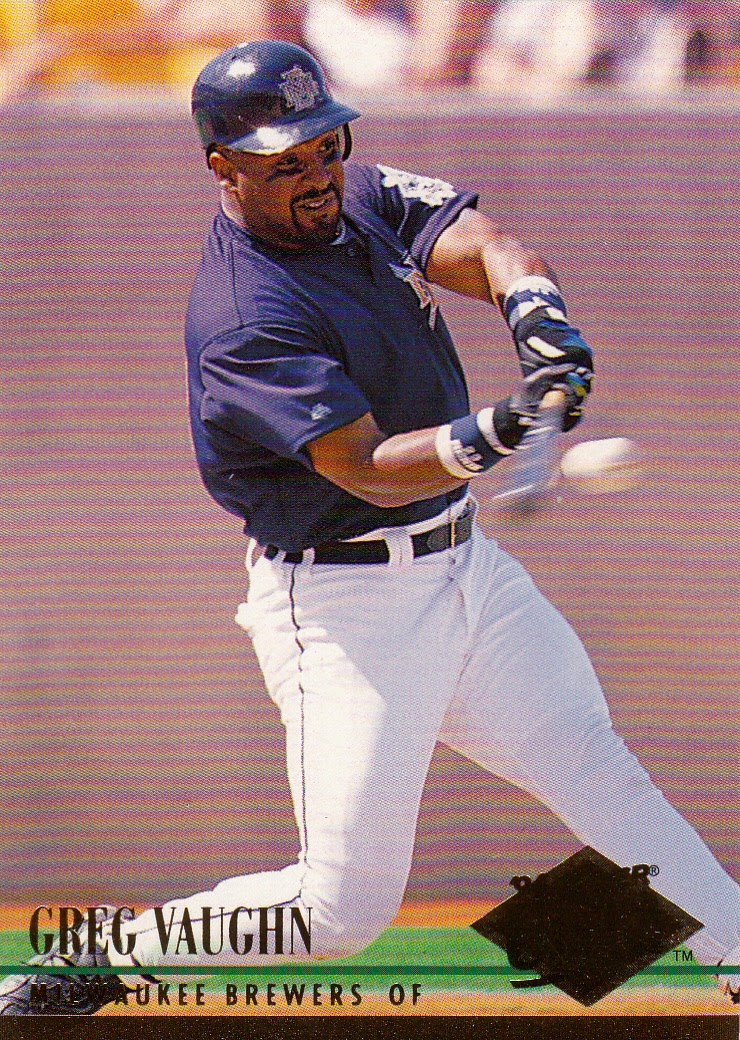 Vaughn is right on that pitch.  The Eldred, though -- nice photo, but very confusing.  Is it a horizontal card, due to the logo location? Or is it a vertical card based on the name location?

While these two cards come from different sets, they must be put together: 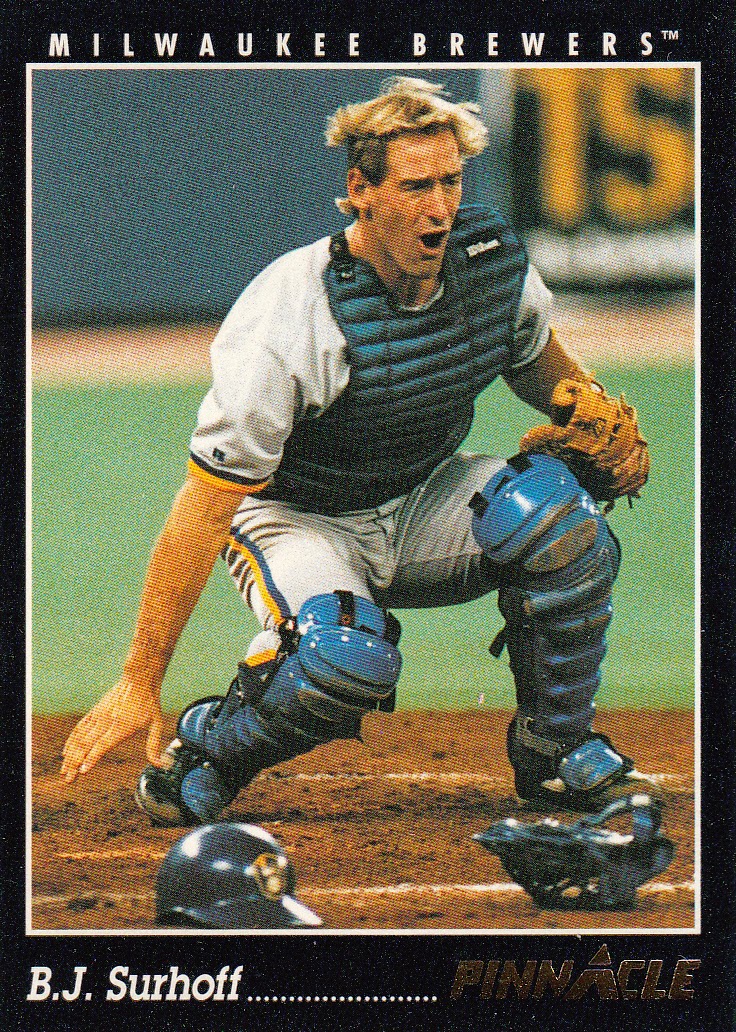 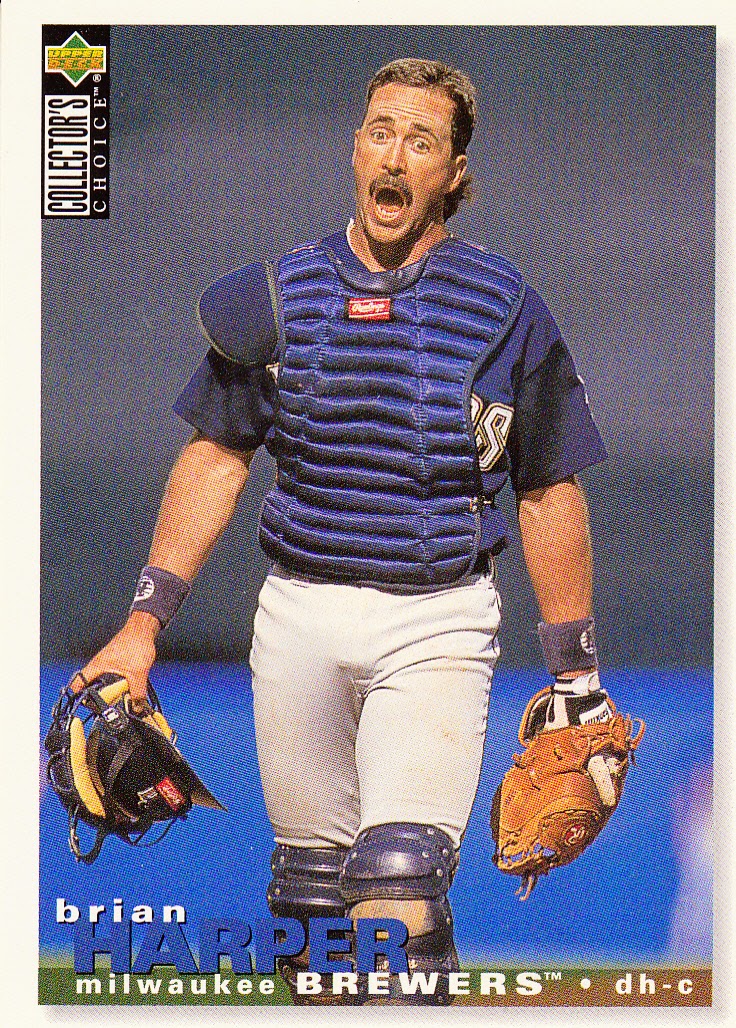 It seems something was attached to the Brewers shinguards they gave their catchers caused tremendous pain to shoot suddenly through their bodies.  This must have been somehow controlled by the photographer, who could control when the pain would shoot through Surhoff and Harper so that the photographer could catch the exact look on their respective faces when the pain came. 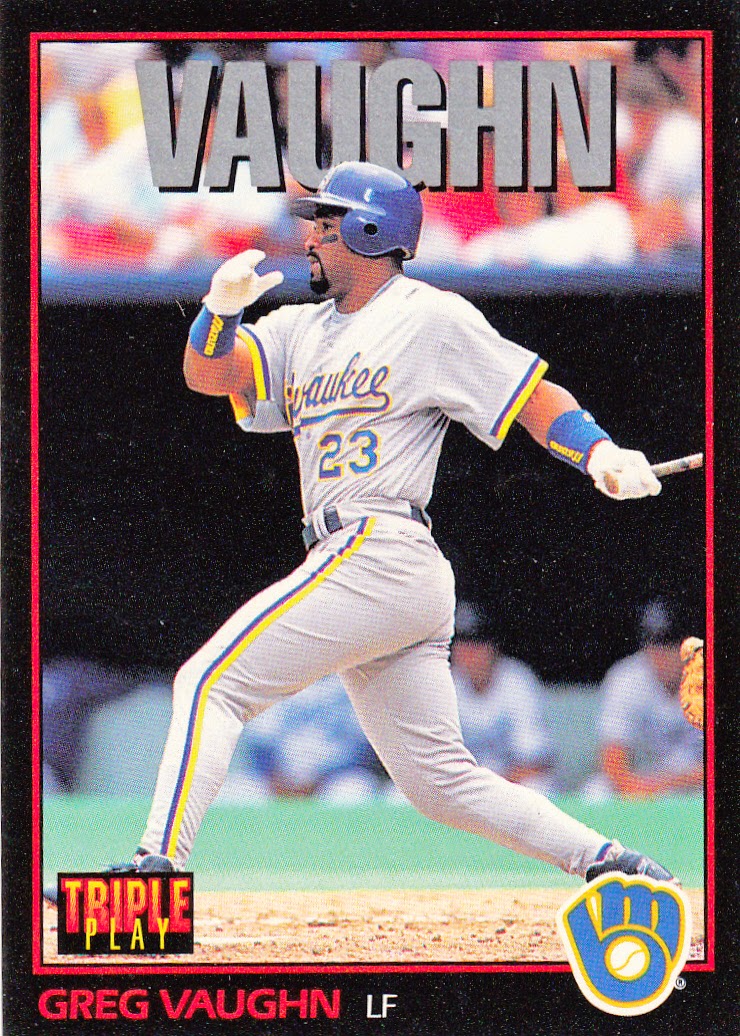 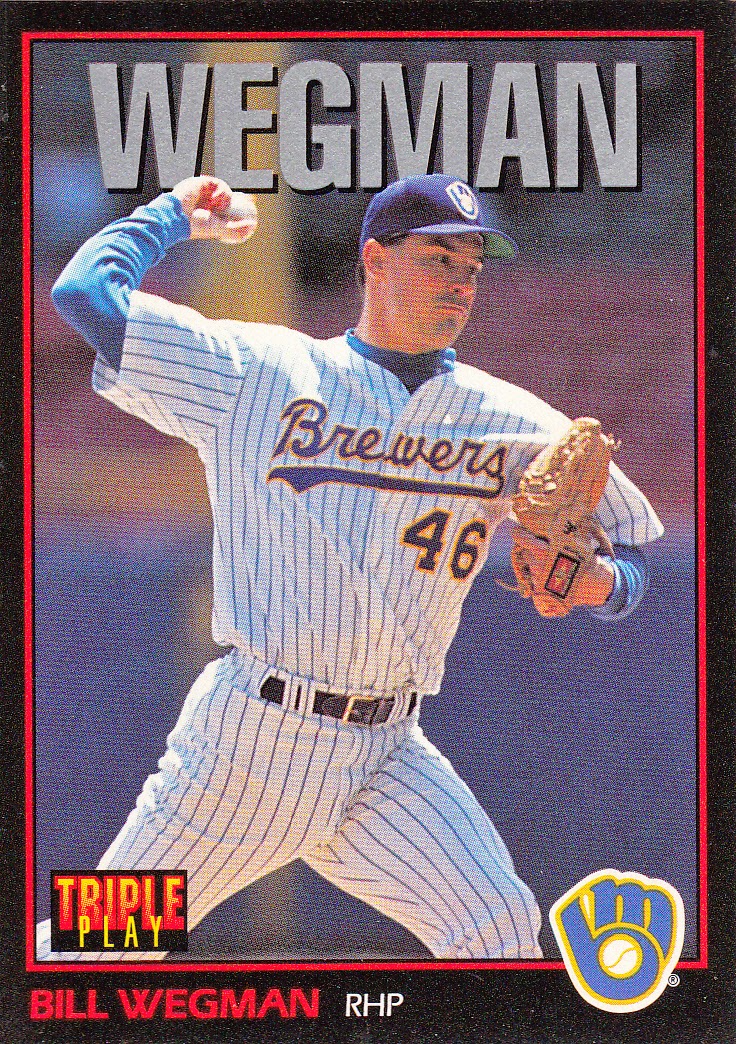 This is not one of my favorite Triple Play designs, but it is decent looking.  It's tough to screw up black borders.  But, to be fair, the huge silver/gray name at the top comes damn close to screwing up this design for me.  It's just unnecessary -- I see the players name at the bottom already, so why do I need the large version at the top?  Who needs that, anyway? 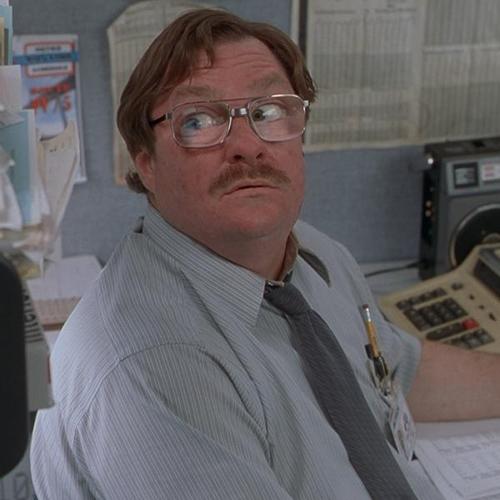 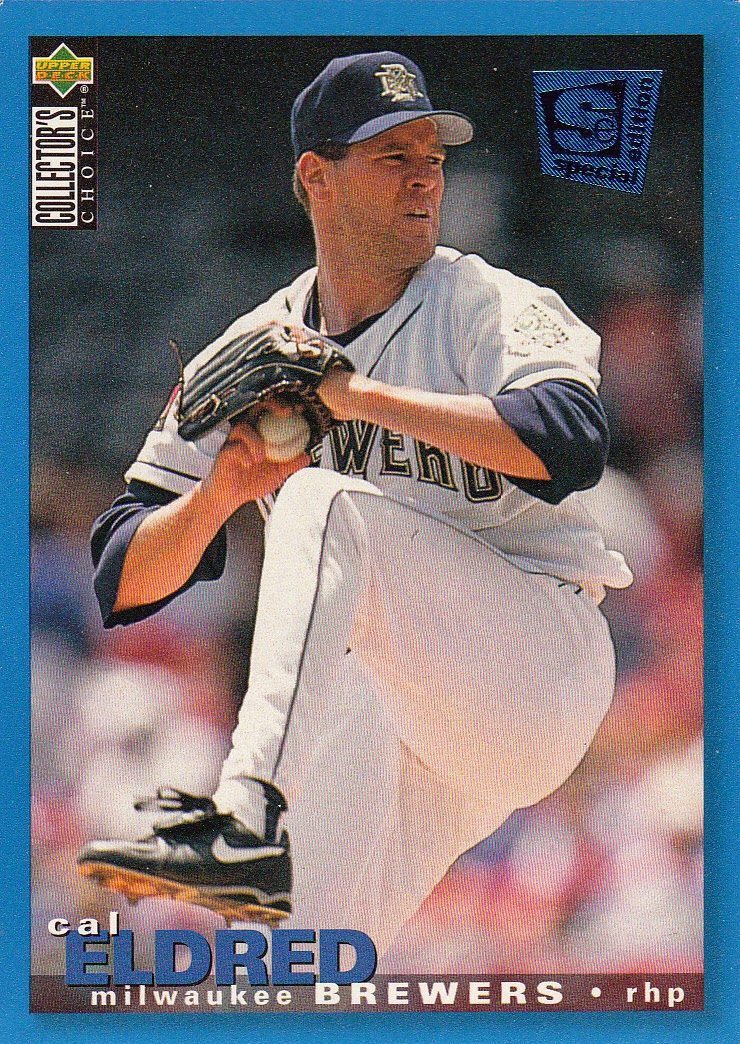 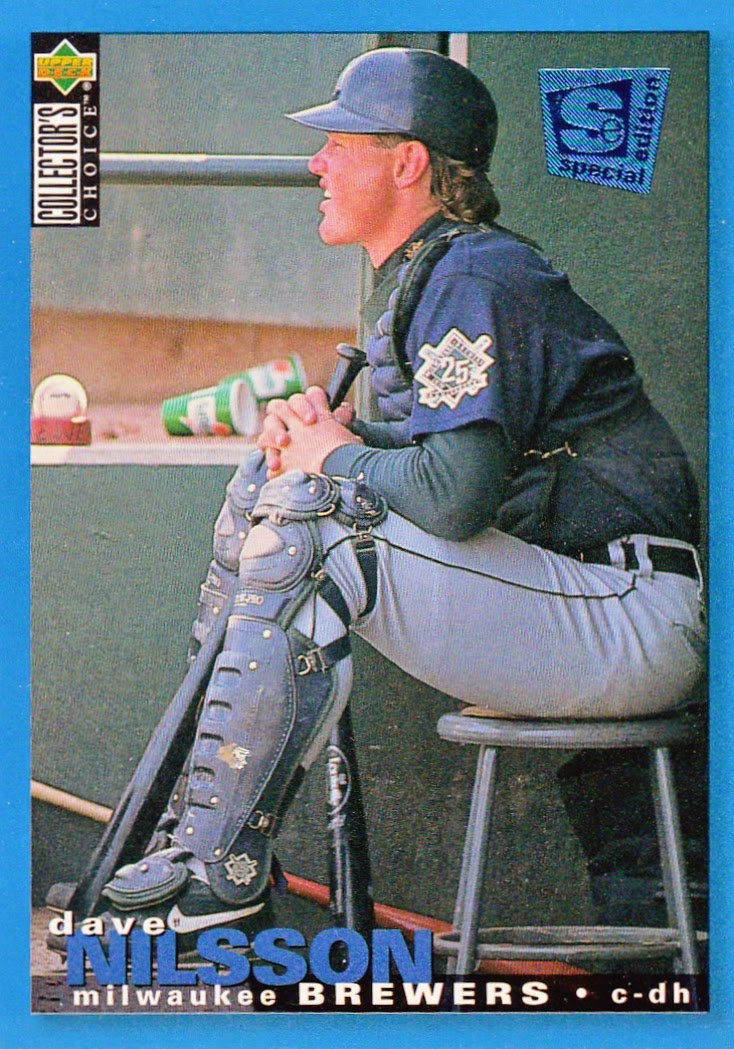 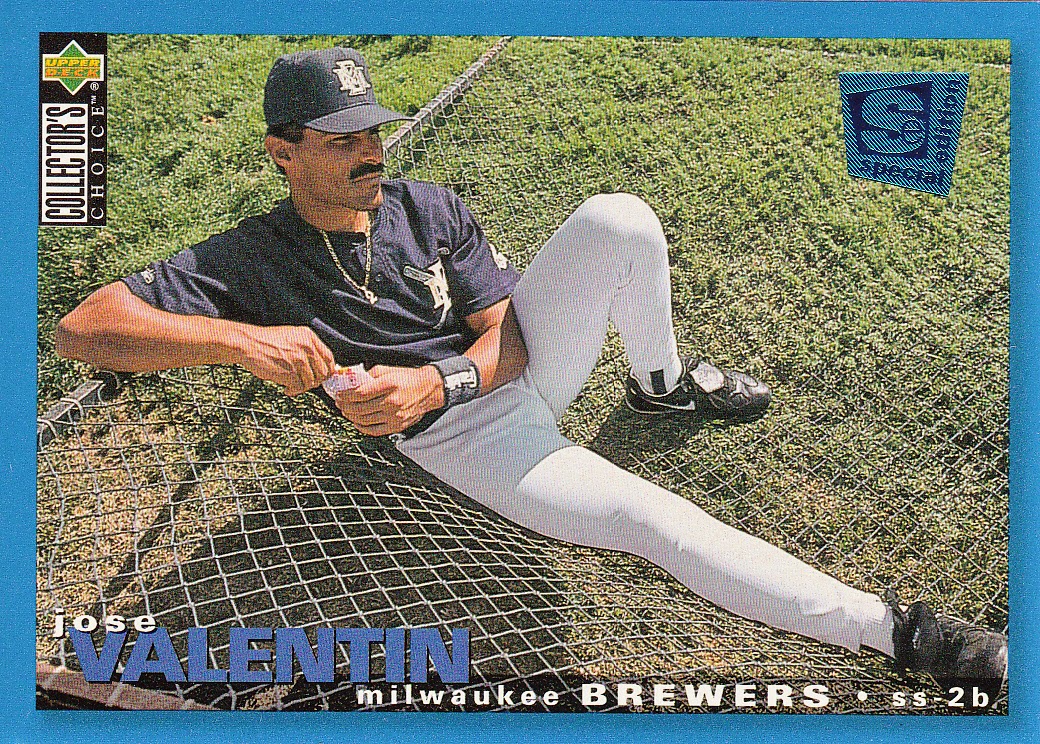 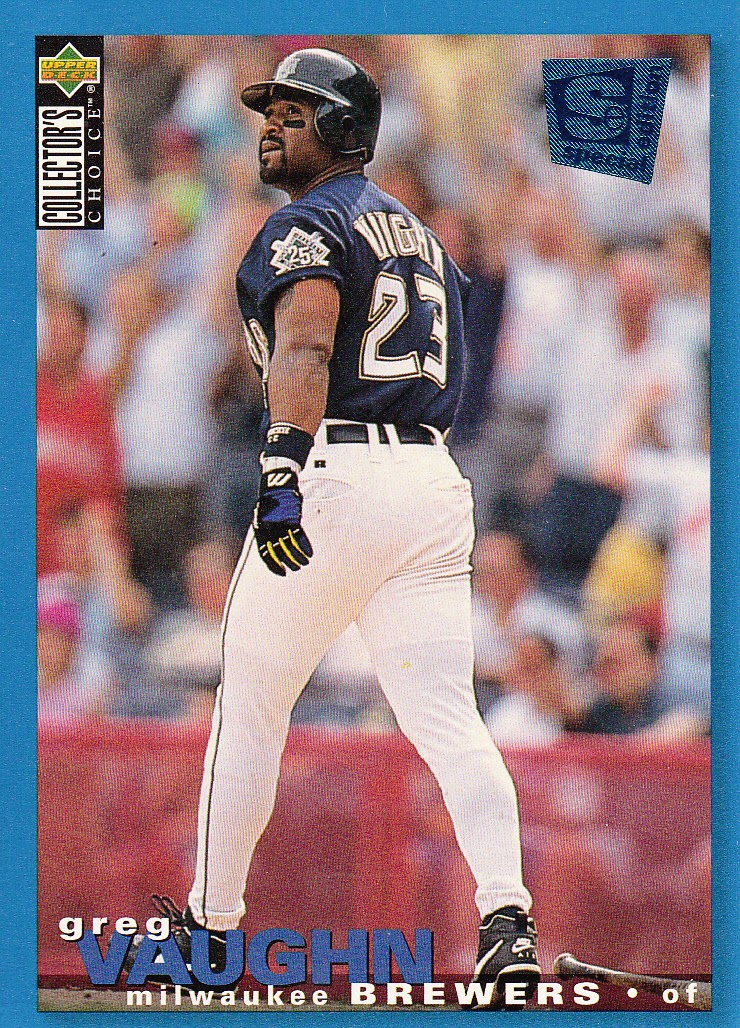 The first time I saw one of these Special Edition cards, I thought, "wow, Wal-Mart had its own parallels in 1995"?

Jose Valentin's card, though, gives me another idea for a food issue -- get the David Sunflower Seeds promotional folks fired up! 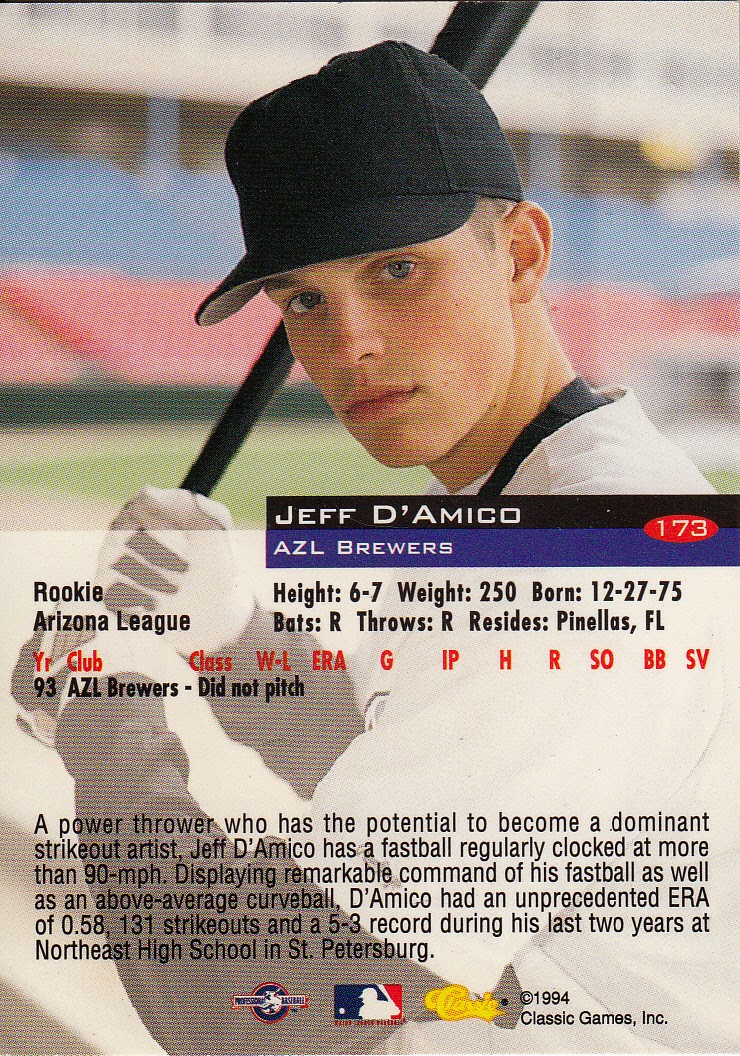 One of the highlights of the bottom Bo Jackson commercial above is when Wayne Gretzky appears on the screen and just says, "No."

This one goes to the original card issued by anyone for pitcher Jeff D'Amico, who was born exactly four years later than me.  The card looks tailor-made for a Panini card these days and features a high-school version of D'Amico at the bat on the back of the Classic Games card. 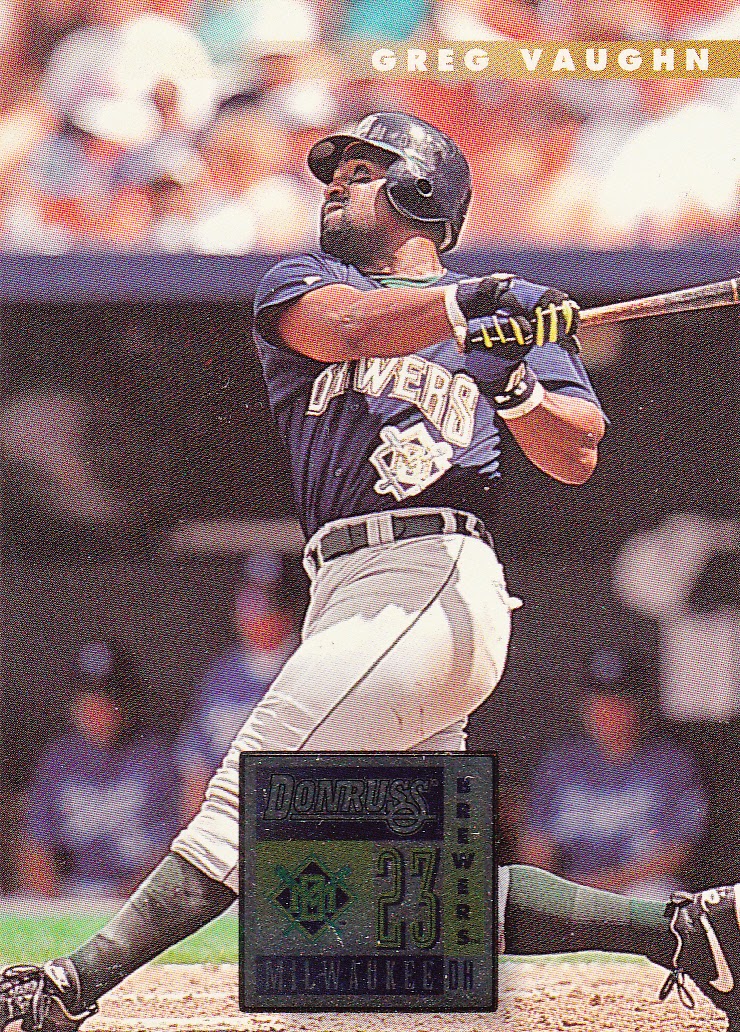 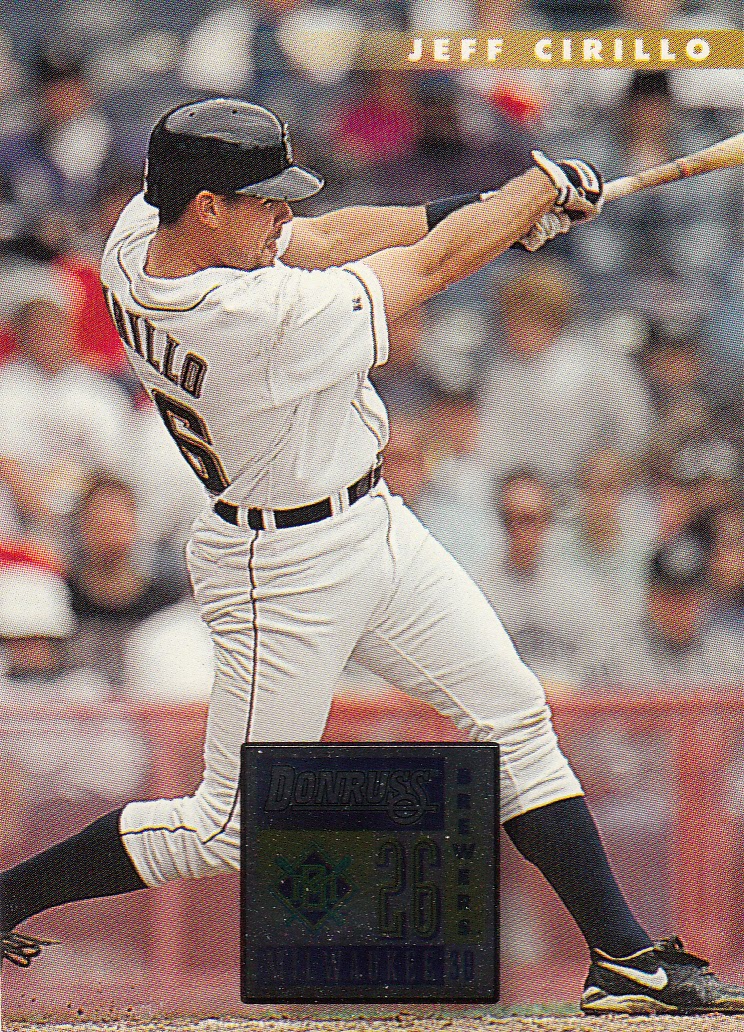 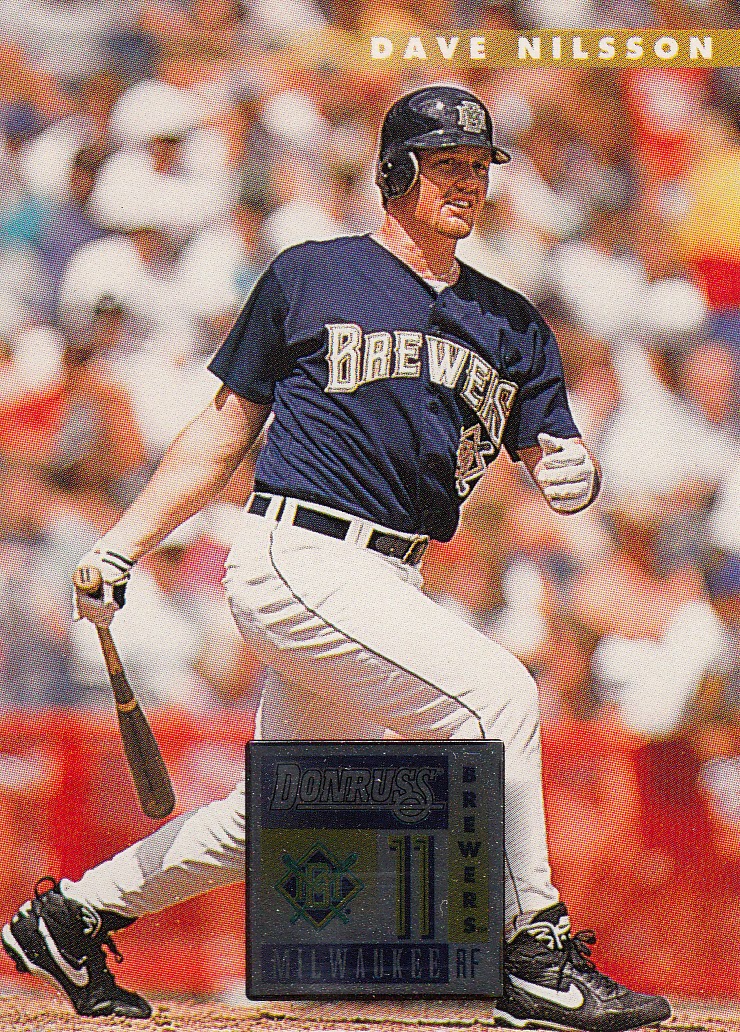 The Donruss logo with the team name, logo, player number, and position may be one of the
most difficult to read portions of any card I've run across.  I know there are worse, but this is just tough to look at. 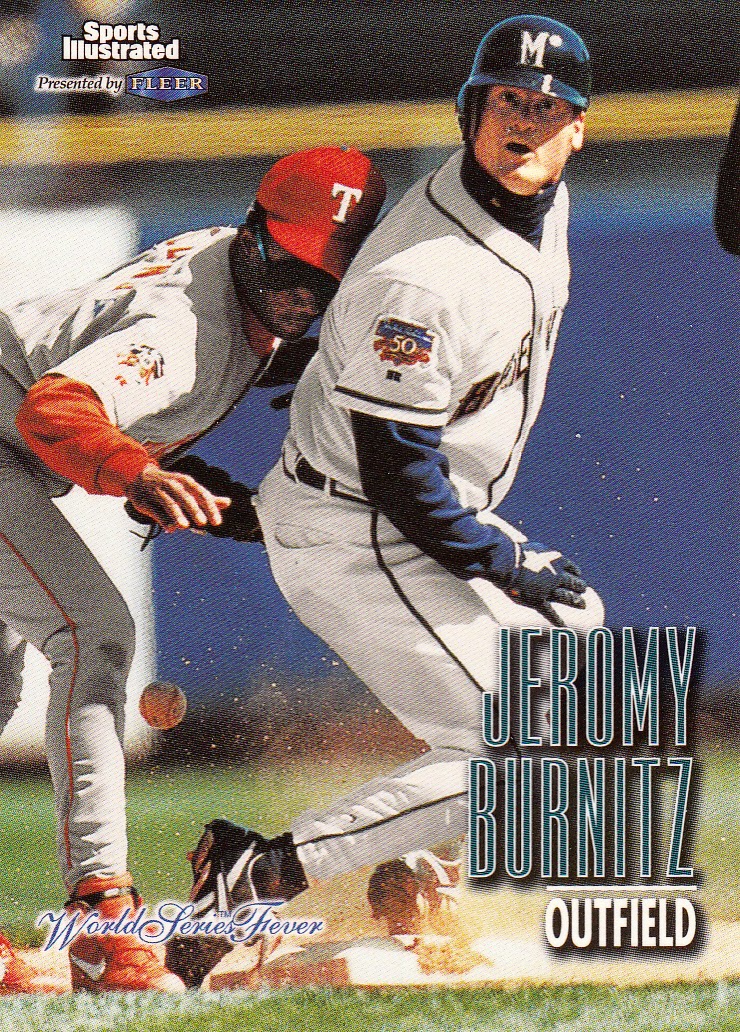 I did not have any of these Fleer Sports Illustrated cards from 1998 before I received this package from Bo. Back when Sports Illustrated still had staff photographers -- you know, before January of 2015 -- they had some of the best photography in sports.  Their spin doctors at that time claimed that the magazine's "commitment to photography is as strong as ever" as the magazine decided to go entirely with freelancers and use the same photos Topps uses -- Getty Images, mainly.

But those photos in 1998 were great. Perhaps SI will think about monetizing their photo inventory in the future by having card sets created for all the sports -- and perhaps swimsuits too -- that have appeared in those pages.  That would be a set many of us would buy.