I had a feeling something was wrong with my friend Ray Peters all week last week. When I made my first post back blogging about Pete Koegel on May 4, the first thing I did after finishing it was send a link to it to Ray by email. I kept checking my email all week expecting to see a response from him. It wasn't like Ray to let an email go unanswered for that long -- he should have responded by Wednesday or Thursday at the latest in my mind.  I hoped that he was alright.


Unfortunately, things were not all right. When the email came in yesterday from his account as sent by his wife, it surprised me how much loss I felt in many respects. I had never met Ray in person, but he had quickly become a friend to me through his many emails and through the multiple calls that we had.

As you can see above, we bonded over our love of history. Ray received a degree in Spanish and Latin American studies from Harvard, and I have a degree from Vanderbilt in political science but focused on Latin American politics and history, so we had that in common along with our love for baseball. 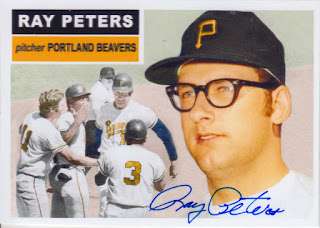 The thing that defined Ray to me was how much he wanted to make sure that his teammates were never forgotten -- especially their contributions to his success. For example, the card above was a photo of Ray having hit a grand slam homerun for the Portland Beavers after being sent down to the minors in 1970. He was quick to point out to me that he used Floyd Wicker's bat to hit the home run and gave Floyd credit for that. 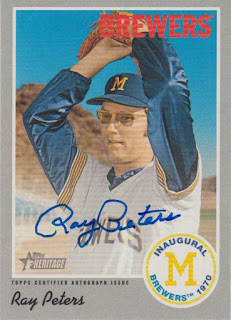 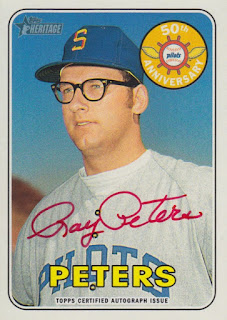 Ray helped spearhead the Topps Heritage subsets of the Pilots in 2018. He told me a lot of things about how that whole process worked that he asked me not to share, and I will respect that.

I will say this, however: he loved his card in the subset for the 2019 Heritage set. As he said to me in an email in February, "I am ecstatic to say the least. Truly after 50 years I finally have a Topps baseball card from the team I played with in The Show! How fortunate am I ???!!!"

Funny thing was that the Brew Crew Autographs subset in 2019 Heritage was identified as being on the checklist long before Ray was asked to be a part of it. When he did find out, as you can see, it made him incredibly happy.

Ray was kind enough to send me both of the Heritage autographs that he signed. And whisper it, but I think I have a 1/1 from the 2018 Heritage: I believe I have the only one that Ray signed with a red sharpie instead of a blue one. 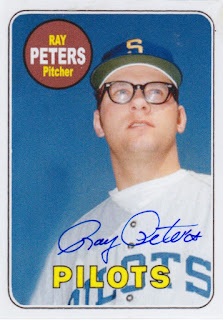 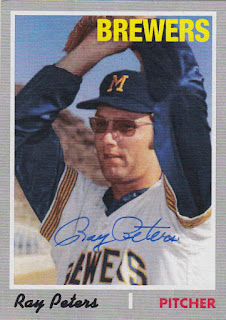 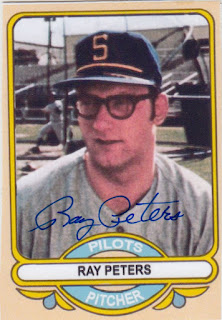 Ray was always generous with his time for me as well. Even when he should have been impatient with me, or when I went days or even weeks without corresponding, he never said a cross word to me. Not even when I delayed and delayed on writing the "Meet The Brewers" for guys that were his friends. Not even once. 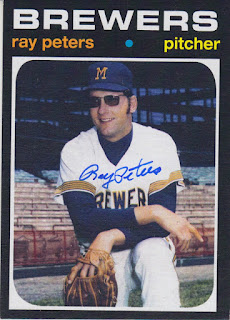 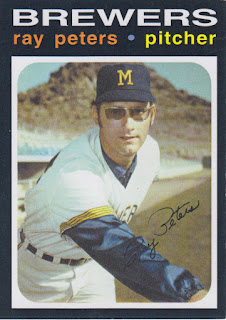 I knew he was having some health issues. He mentioned them in passing in his emails and minimized their severity. But, you can tell just looking at his autograph on the 2019 Heritage card above -- as compared to its 2018 compatriot right next to it -- that he was starting to struggle a bit. His signature was shaky, and when I saw it, I actually started to worry about him. Even in my last email to him, I said that I hoped he was well and that I would get to talk to him soon.

I wish I had had that opportunity.

Ray was much too young to pass away. He was only 72 years old. I know -- that sounds like a long life, but it's not. Not these days.

Yet, I know I'm lucky. Thanks to Ray, I spent an hour on the phone talking to one of his roommates from the minor leagues -- Jim Slaton -- just hearing about Jim's career. I hope someday to hear more. Thanks to Ray, I got to talk with Fred Stanley a bit about his career and to buy this incredible print: 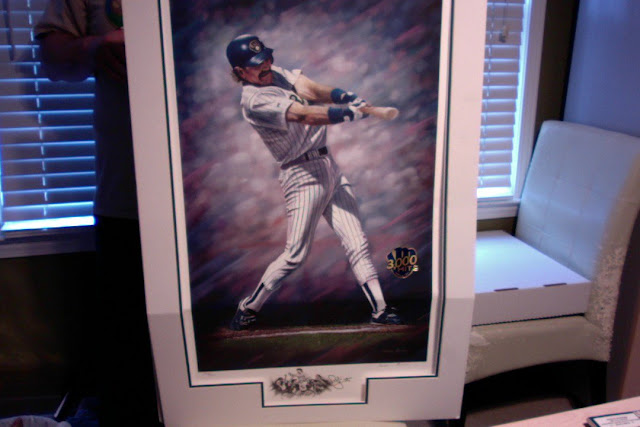 Thanks to Ray, the 1970 Milwaukee Brewers went from being names on a piece of paper or on the internet to being wonderful, humorous, and even sometimes flawed human beings.

According to the email that I (and others) received from his wife Janis, Ray died on May 4, 2019. His younger son set up a website called Big Train Ray (https://bigtrainray.com/) to honor his dad. It's a great website, and it has numerous links to stories about Ray's career and life.