Ginter Bits and More from Bubba

I really shouldn't post about more cards from Matt of Bubba's Bangin' Batch of Baseball Bits on a night featuring yet another World Series game -- especially Game 7 -- but I have the time to post tonight.  Poor Matt -- my posts about the cards he's sent me are always getting overlooked. Still, at least this time it is baseball cards and not soccer card. I'm sure that will make people happier.

If you've read Matt's blog, you know that he happened upon an eBay listing of a case of Allen & Ginter Black from which the autographs had pretty much been removed (other than a great surprise -- you should read it!). Thankfully, he was nice enough to share some of his largesse with me, along with some other great cards.

Let's ring those cards in with a nominally appropriate song:

It's a nominally appropriate song only, because it truly is a sad song. There are a few songs in my life that I immediately associate with a particular person or time, and this is one of them. In 2002, I had been dating a woman for about a year and things just fell apart between us. She pretty much moved on without telling me -- nice of her to do that, no? -- I had a weekend where I pretty much just stayed in and felt sorry for myself. I listened to this song repeatedly. It was pathetic yet cathartic.

Baseball cards have much more of a cathartic, nostalgic feel to me. Yeah, I get upset about stuff that Topps does, mainly because we are so reliant on Topps, but in the end I really enjoy collecting. It's brought me back to being a better fan of baseball, too -- I know much more now about the American League than I did before because all I cared about was NL-only fantasy baseball.

So, speaking of nostalgic and nominal appropriateness, here are the four A&G Black cards Bubba sent my way: 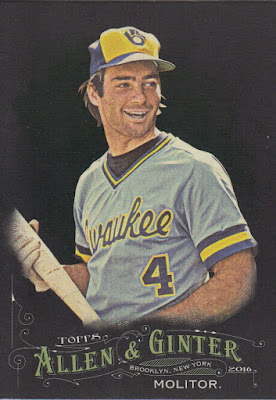 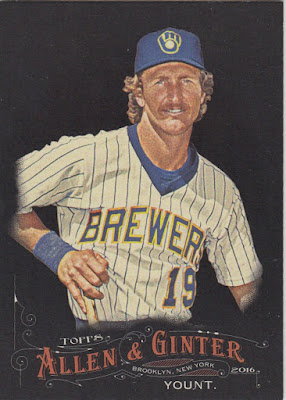 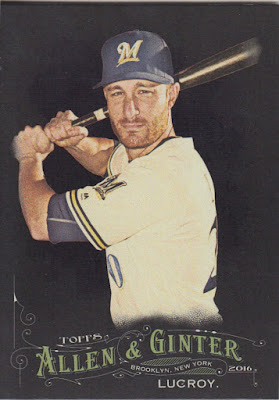 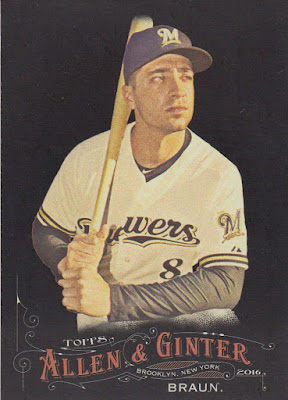 I'd appreciate the Molitor more if it weren't the same damn photo we have been seeing over and over again in Archives and any number of other products for the past 5 years. Sucks that Topps relies so heavily on Getty -- and then so heavily on the photos they have already purchased, in order to save money. Otherwise, though, I like A&G black -- it's a good-looking card.

Bubba did not stop with the Black, though, so let's see what else we've got. With music? Yes, of course. You do know whose blog you're reading, right?


Sorry Cleveland fans -- I really do hope the Cubs win tonight. I've probably jinxed them by saying that -- hell, a stiff breeze seemingly can jinx the Cubs, after all -- so it's all Pearl Jam today, featuring Cubs fan Eddie Vedder. 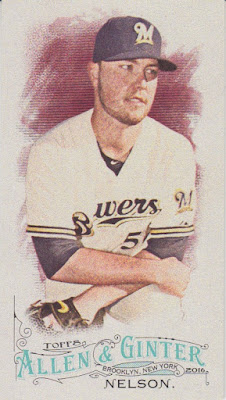 Yellow Ledbetter is a song that Vedder often just makes up as he goes. There are no set lyrics to it. Sometimes, Topps has that same feel -- especially when it comes to inserts and parallels. This is an Allen & Ginter back mini parallel of Jimmy Nelson from this years set. It's nice and all, but the parallels featuring different backs are pretty damn pointless. Who displays a card with its back showing just to show off the variation? No one I know.

This song was written by Vedder when he was a teenager. He wrote it about his own mother's plight with his stepfather, Peter Mueller. As his Wikipedia page points out correctly (and as you can hear for yourself on this Youtube upload of the 1994 Pearl Jam show from the Fox Theater in Atlanta, which was recorded for posterity), Vedder says that the song is "dedicated to the bastard that married my Momma." The song takes on a bizarre, surreal feel when Sugarland sings it, though. 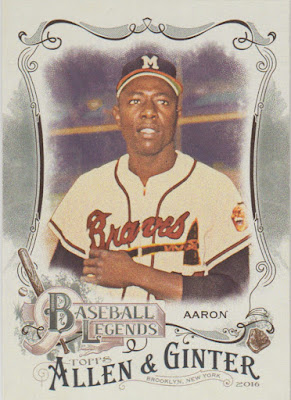 While I wouldn't say that Hank Aaron deserves that introduction, he definitely deserves the chorus -- you really can't find a better man in many respects. Aaron backs up his big name by doing a lot of charitable work and caring greatly for those less fortunate.


"Given to Fly" is one of those songs that you hear and you feel better. In talking about the song, Vedder said that his conception for the song was it feeling like a cardboard children's book -- "it's a fable, that's all." The song revolves around a riff that Mike McCready said he came up with while being stuck in his condo on a snowy day in Seattle.

The great thing: Vedder dedicated the song at Wrigley in August to Joe Maddon. 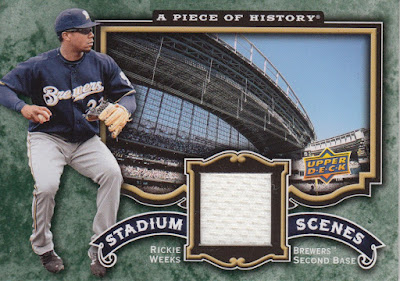 It's hard to believe that this song was released 14 years ago now. Man, time sometimes feels like it goes by quickly. This song musically feels like an Irish drinking song to me -- like you should be swaying back and forth with a Guinness in your hand. Lyrically, it's much more existential and focuses on internal security.

It should come as no surprise that this song was written by Vedder just before the first show that Pearl Jam did after the Roskilde tragedy in 2000. If you're not familiar, Pearl Jam was at the Roskilde Festival in Denmark. People fell down on one spot as the crowd rushed to the stage. They couldn't get up, and then crowd surfers ended up falling on top of them. This caused nine people to be crushed to death. In fact, Pearl Jam wrote a song on their "Riot Act" album called "Love Boat Captain" in which the lyrics reference "nine friends we'll never know."

Pearl Jam refused for many years after to do any festivals, and now only does a few.

But, "I Am Mine" is about being secure, being able to reassure yourself that things will be okay -- that you can get past the obstacles in life. 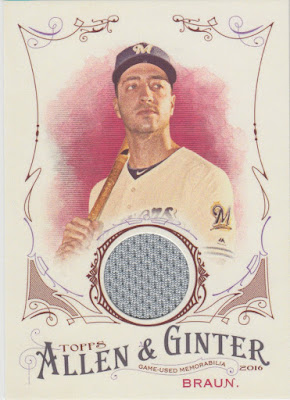 Matt, thanks again for the great cards, and enjoy the last game of the 2016 baseball season tonight.
Posted by Tony L. at 8:33 PM