Some surprises are bad -- you know, like the surprise that the person you thought you were dating just got engaged to someone else (not that that has happened to me, mind you). Others are good -- like finding a $20 bill in the pocket of a pair of pants you haven't worn in a while.

Others, though, are so good that the only thing you can say about them is "WOW."

I had a WOW moment today. It might make you say the same.

My wife had made the decision a couple of weeks ago to get a present for me. Today, she decided that I had been working so hard that I needed the pick-me-up of the present that she got for me. 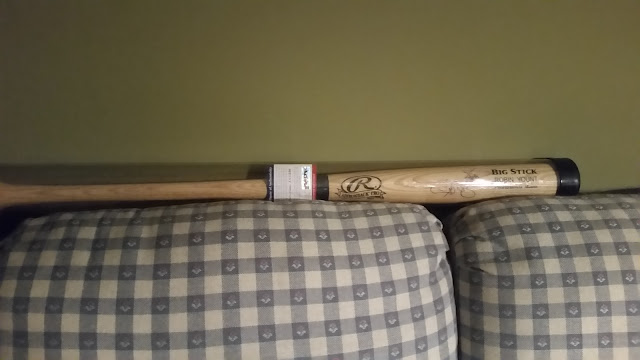 Yes, it's a bat. A Rawlings Adirondack Pro bat -- never used, I'm quite sure. Can you read the name on it? 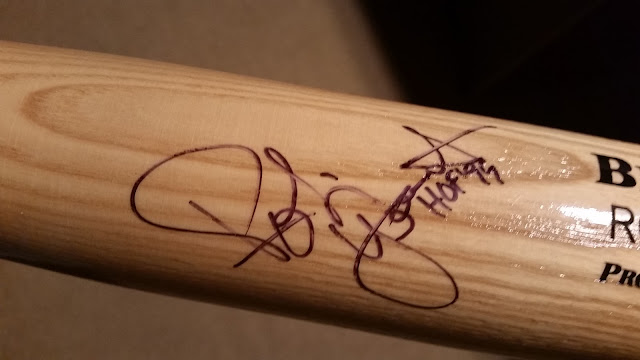 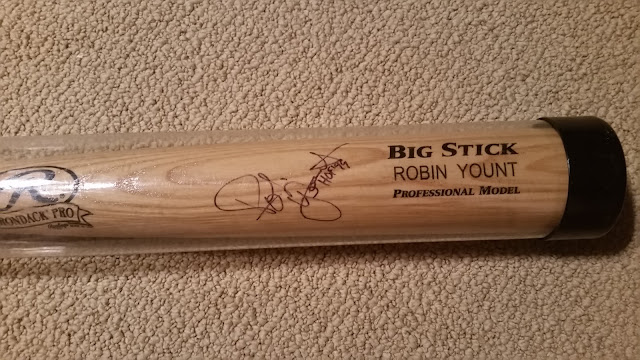 It's a PSA/DNA certified autographed bat from Robin Yount.

My wife does a lot of volunteer work for a couple of local charities, including the local art center called the Spruill Art Center. Spruill is a nonprofit center which helps provide art classes to thousands of students in the northern Atlanta area each year. Spruill enjoys the benefits of its association with the women who are members of the Spruill Guild.

Each year, the Guild has a big fundraiser bash called Artistic Affair. It's a "black-tie" (these days, it's "wear a suit") event that features a live auction and a silent auction. Every year, the Guild works to get local businesses and people to donate items of value to be auctioned off in those two auctions to raise money for the Art Center. One issue they have had in the past is that most of the items for auction while have a lean toward a particular gender lean toward feminine items -- women's jewelry, for example.

In trying to find more "masculine" items for men to bid on, this year the Guild was put into contact with a company that focuses on supplying signed sports items for consignment for charity auctions. The company is guaranteed a far lower amount of money on the sale than it might otherwise get, and the Guild will keep the rest. Some of the items up for auction this year will include a Peyton Manning-signed helmet, a Herschel Walker-signed helmet, Chipper Jones and Bobby Cox autographed baseballs, and Master's Tournament flags signed by Arnold Palmer and Jack Nicklaus.

The women with the Guild, for the most part, do not have sports fanatics for husbands. Except my wife, of course. The ladies involved know I am a baseball card collector, so my wife was nominated to work with the guy on identifying the items to put up for sale. In those discussions, the guy brought up this bat.

Like I said during Card Chat when I mentioned that my wife often encourages me to spend more money on cards, I'm a very lucky man. 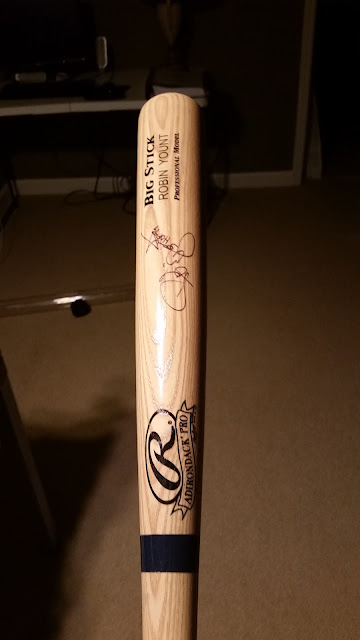 And I now carry a Big Stick.