Trolling from the Dock on eBay

As I was thinking about this post and how to talk about some recent eBay purchases, I started with the title of this post. If you say it with the proper elocution and rhythm, this title literally could be sung to the tune of "Sitting on the Dock of the Bay" by Otis Redding.

K-Tel was (and still is, I suppose) the original "As Seen on TV" company. Through much of the 1970s and 1980s -- you know, back when we had to watch commercials, couldn't pause live TV, had to have videotapes to record a show, and couldn't watch and record different shows at the same time -- those K-Tel ads were ever-present on my late afternoon syndicated shows I watched of Gilligan's Island, Batman (the original, with Adam West), and The Brady Bunch.

I know, I know -- start with a real downer of a song. Karen Carpenter's story is so tragic, what with her eating disorder causing her death at the far-too-young age of 32 in 1983 due to heart disease caused in large part by her anorexia. This song then took on a whole different meaning than when it first was released.

That said, I remember hearing this on practically every ad for any "easy listening" type album.

To go with easy listening and "only just begun," I'm going with a whole slew of cards: 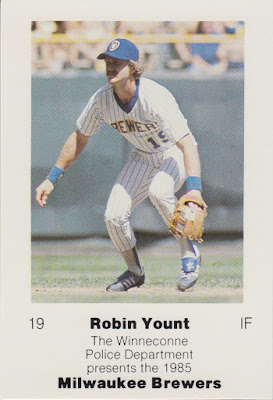 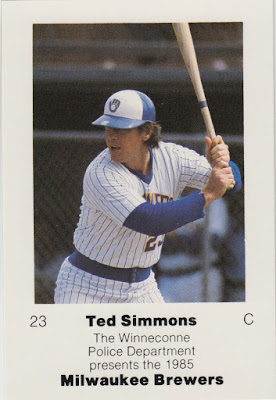 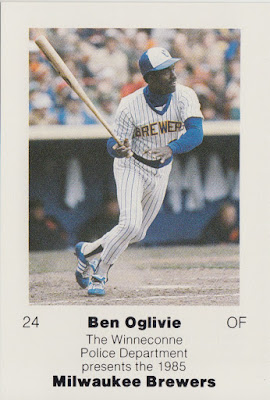 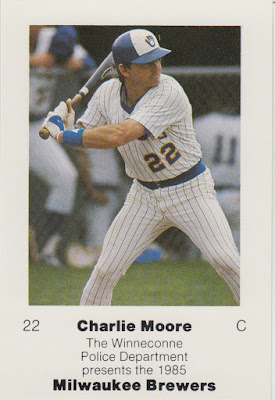 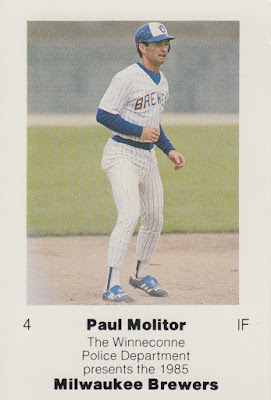 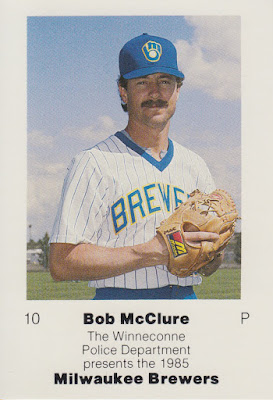 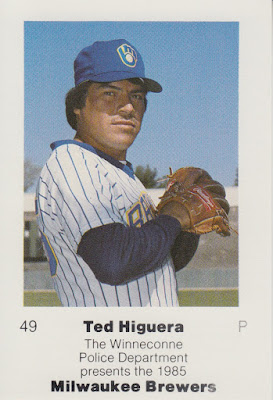 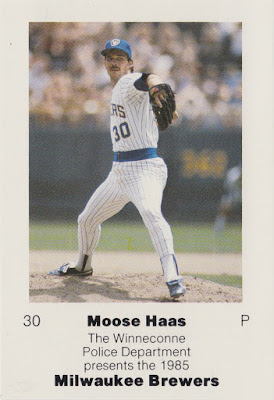 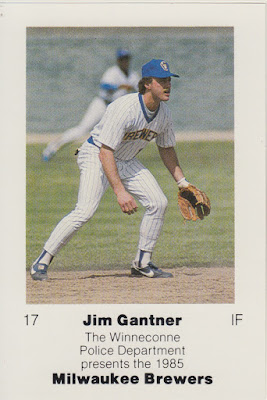 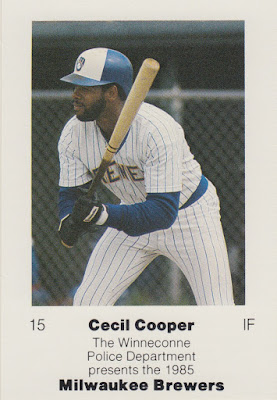 For the low price of $6 shipped, I purchased a set of 1985 Milwaukee Brewers Police Cards from the Winneconne Police Department. For the uninitiated, Winneconne is a village of just 2,383 people as of 2010 located on both sides of the Wolf River between Lake Butte des Morts and Lake Winneconne (which flows directly into Lake Poygan) in Winnebago County, Wisconsin. It's about 15 minutes or so away from Oshkosh, Wisconsin.

By the way, I purchased this set of cards from a seller based in Washington. Go figure.

BTO -- Bachman Turner Overdrive -- was a staple on these compilation albums too. As I listen to this song, it seems that it fits into a sort of rock subgenre that could be exploited in some weird way: songs that feature stuttering. There's this one, George Thorogood's "Bad to the Bone", The Who's "My Generation," The Knack's "My Sharona" -- even Elton John's "Benny & The Jets" could fall into this category.

Appropriate for this song, however, are two cards I bought as a package for $13 shipped together. 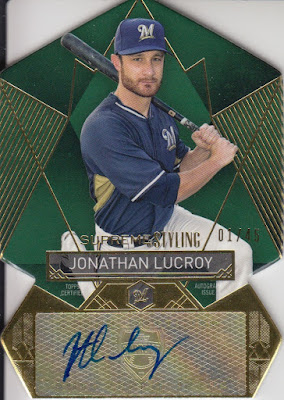 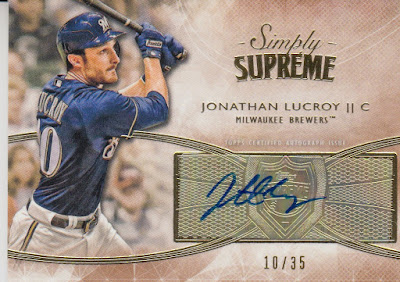 They are awesome cards -- two Jonathan Lucroy cards from the 2015 Topps Supreme product. That's the kind of product that I tend to avoid for a number of reasons -- usually not many Brewers on the checklist, the cost is ridiculous for what you often get, and it always feels like a gigantic mistake to have bought the packs after they are opened. I mean, it's not as bad as Topps Dynasty's 1 card for $400, but I'm not a fan of getting two cards for $60.

It's funny to say, but I honestly had no idea that this song was originally written and recorded by Bruce Springsteen.

Compare them for yourself. It's just a very different song. Manfred Mann's version is very stylized, whereas Springsteen's is just raw -- like Bruce himself in his early days.

Neither should be confused with the song by The Streets called "Blinded by the Lights" -- which is actually a song I've probably listened to more than either of the previous songs...

None of these songs have all that much to do with my last two purchases on eBay, to be fair.

These two items appeared one after the other. 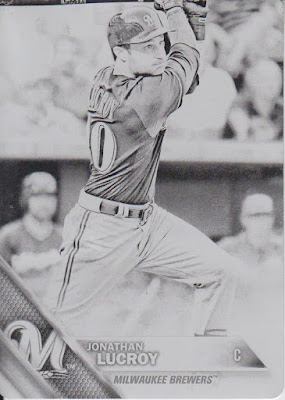 I bought this black printing plate of Jonathan Lucroy's 2016 Topps card for about $14 shipped about two weeks after the 2016 set was released. I was just about to write a post for it, but then.... 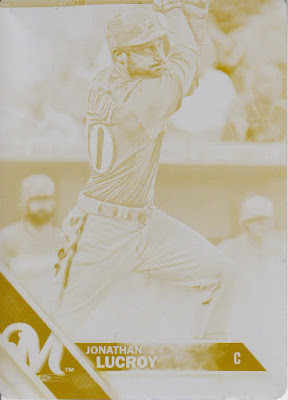 This one literally appeared on eBay the day that the black one arrived. I spent nearly twice as much on it as I did on the first one, but I figured that, well, Lucroy probably won't be a Brewer for all that much longer so I'd load up while I still could.

So, if anyone has either the cyan or the magenta printing plate, I'd certainly be interested in a trade or a purchase.

Thanks for reading, and try not to get blinded by the light.
Posted by Tony L. at 8:32 PM