I have even had people reach out to me to get my address to mail me something through Twitter.  That's what happened a few days back to me when Weston from Fantastic Catch sent me a DM (that's a "Direct Message" for those of you less technically inclined...yes, that was snark/sarcasm) to get my address.

I tend not to follow too many baseball players on Twitter though. Simply put, most of them are pretty boring to follow. Still, perhaps I should look into following a few of them...maybe the guys whose cards Weston sent?

First, let me get the guys who I just can't find on Twitter out of the way. For any of these guys, if you happen to know their Twitter handle, please let me know and I'll fix this. 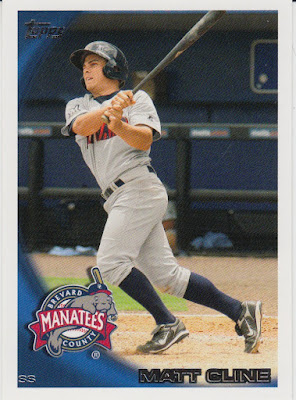 Cline was an All-Star at Brevard County in 2010, but he was 24 in High-A and coming off a lost 2009 season. He crashed and burned at Huntsville in 2012 (after a none-too-impressive 2011), and that was it for him in minor league baseball. 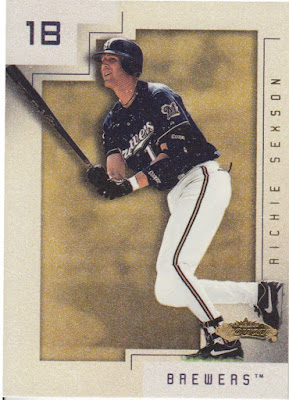 But, I hear you have to buy a lottery ticket to win the lottery. So that probably won't change anytime soon. 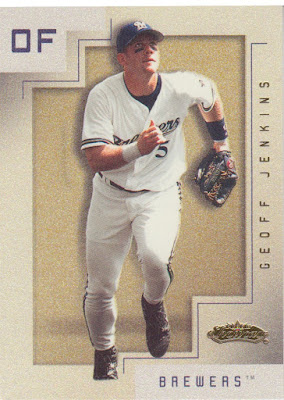 I am surprised by these guys who are, essentially, my contemporaries who apparently view Twitter or computers with such contempt or fear.  But hey, he's on LinkedIn! 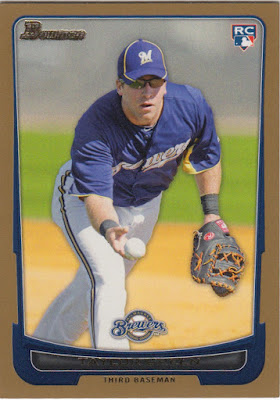 WAIT -- I really did find some guys! 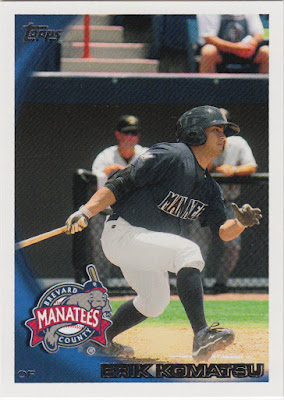 Komatsu was another High-A All-Star in 2010 at Brevard County. The Brewers traded him to the Washington Nationals in 2011 for Jerry Hairston as a trade deadline pickup. He then got selected in the Rule 5 draft by the Cardinals that Decement. The Cardinals tried to send him down, but the Twins selected him off waivers.  Between the Twins and Cardinals in 2012, he played 30 games in the Major Leagues.  He moved around a bunch last year -- released by Washington, signed and released by the Angels, and then signed and released by the Brewers.

He's playing in the independent Atlantic League this year, and he fashions himself as a Music Producer.  His latest Twitter post is a mix of stadium announcers saying "now batting" with a Beyonce song. It's actually decent. 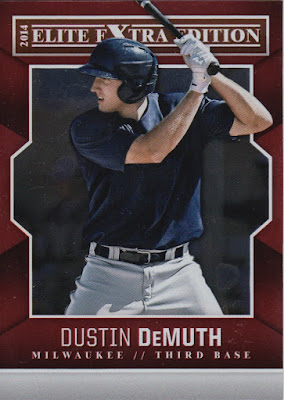 DeMuth played college baseball with Kyle Schwarber at Indiana. Schwarber is with the Cubs; DeMuth is in the Midwest League with the Wisconsin Timber Rattlers. He's hitting pretty well there. But, that's the difference between a first round pick and a fifth round pick, I suppose. 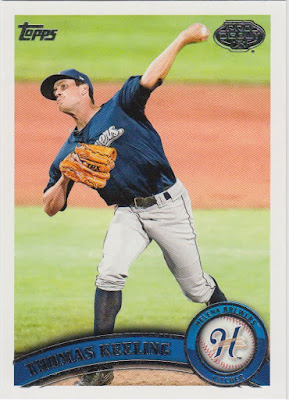 Keeling is a 27-year-old pitcher who ended up in the Braves system in 2013, washed out, played in independent league ball in 2014, and does not appear to be playing this year. Perhaps it was telling that he repeated at Helena in Rookie League ball in 2010 and 2011. His last tweet was complaining to Southwest Airlines about something.

Haven't we all been there before... 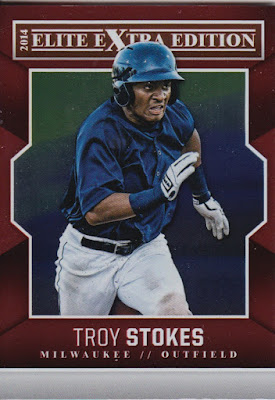 Stokes is a very active tweeter. Over his three years on Twitter, he's Tweeted in excess of 14,000 times. I hope he's working on his education, though -- he's not highly thought of in prospect circles and did not make MLB's top 30 prospects in the Brewers system as of midseason. 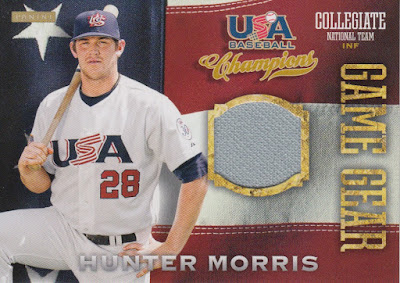 A little bit of Hunter Morris jersey there for you. He's now in the Pittsburgh organization, and his Twitter home page has just two words that only my wife could love: War Eagle. 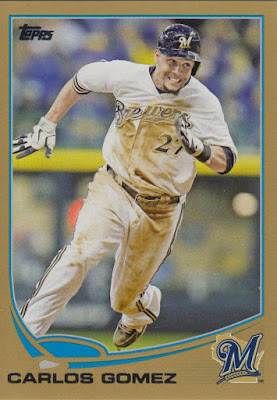 When you have over 72,500 followers, I think you qualify for the little blue "verified" check mark. Granted, Topps may think you're Khris Davis, but that's a little thing.  Gomez tweets pretty regularly in what can only be called Spanglish.

I hope he stays with the team at least through the offseason. The Brewers should trade him, but I tend to think that the return will be more if the team waits. 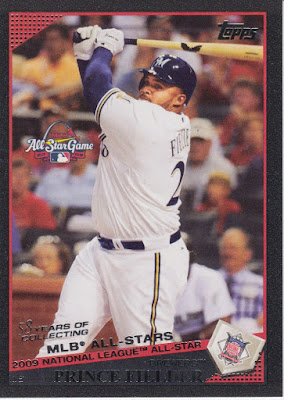 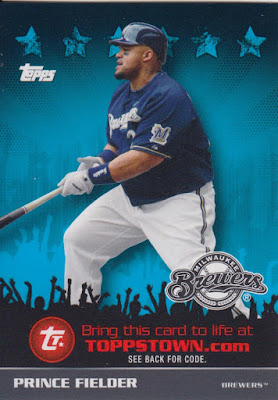 The best card in the envelope -- the black 2009 Topps Update serial numbered to just 58 -- came from the least interesting Twitter follow of the group. Prince has nearly 150,000 followers. He's shared a grand total of 74 Tweets...and of those, I think about 1/3 to 1/2 include corporate sponsor-type stuff like shout-outs to T-Mobile and Sponge Bob.

Weston, thank you very much for the great cards and the excuse to troll through Twitter for a few minutes!
Posted by Tony L. at 9:01 PM