It's been almost two months since I received an excellent envelope of cards from Robby T a/k/a Boobie Maine. He used to blog -- it's been nearly a year since he did so at his blog, Detroit Tigers Cards and Stuff -- but he's fallen victim to what draws me away often as well, which is just going to Twitter and hanging out.

Around February or so, I almost went up to Nashville for the big card show up there that I attended last year. In the end, I decided not to make the drive for various reasons that I have forgotten by this point. So, Robby sent me cards in the mail. Because all good posts require music, I've mined his Twitter timeline for some help.

Let's start with the oldest cards and work our way forward. 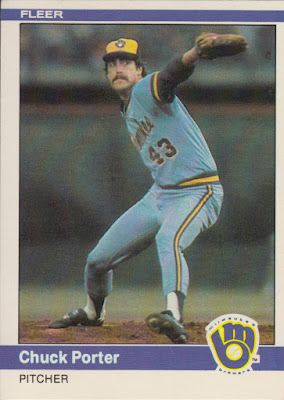 Starting with Chuck Porter from 1984 Fleer. Porter came over to the Brewers as a street minor-league free agent in 1980, after the California Angels released him. Porter was a 7th Round pick of the Angels in what was Harry Dalton's penultimate draft as the Angels GM. He pitched well enough in 1980 at Single-A Burlington and Double-A Holyoke to find himself in Triple-A in 1981. That meant that he ended up on the Milwaukee-Vancouver shuttle (which must have a connecting flight somewhere along the way...maybe it was Minneapolis?) in 1981 and 1982 and made 6 appearances for the Brewers.

In 1983, thanks to various pitching injuries (Pete Vuckovich made only 3 starts,  Moose Haas appeared in only 25 games, and Bob McClure pitched in only 24 games), Porter started 21 games and pitched pretty well. His major league career was effectively ended in 1984 when he suffered a torn medial collateral ligament (a/k/a ulnar collateral ligament) in his right elbow and went through Tommy John Surgery. He came back in 1985, but by then the Brewers had moved on to promote Ted Higuera.

All that pain probably had Chuck Porter saying that he wanted a new drug. As a kid at the age of 12 in 1984, I'm not sure what I thought this song was about -- probably just pills or something. Reading the lyrics, it's pretty much not about any of those other than references to how other drugs (like alcohol, cocaine, amphetamines, marijuana, and barbiturates) wouldn't help him talk to a woman.

For what it's worth, this song came about here because Robby retweeted Huey Lewis's tweet about how the album "Sports" was one of just 5 number one albums for the entire year of 1984. 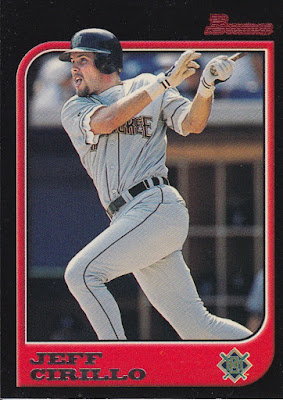 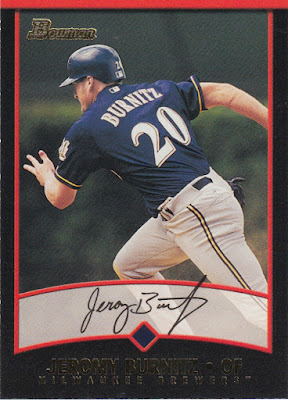 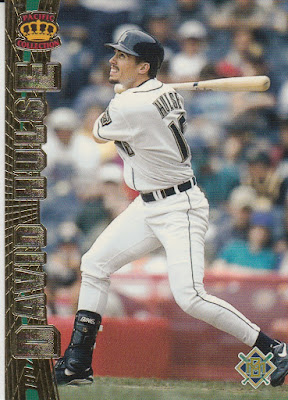 I'm grouping the next three together as "Late 90s Brewers." Obviously, Cirillo and Burnitz made an impact on the franchise enough to be player collections for me. David Hulse, though, has hardly made any impact on this blog. Hulse played 200 games for the Brewers in 1995 and 1996 since the Brewers were duty bound by league rules to play 9 fielders and a designated hitter in every game. He was awful as a Brewer (and not much better with the Rangers, from whom the Brewers got him) -- a slash line of .243/.281/.320 for an OPS+ of 53 (where the league average is 100) is terrible. Hulse did steal 19 based in 23 attempts, so I guess he had that going for him.

A few days ago, Robby retweeted the fact that in 1987, U2's Joshua Tree began its 9-week run atop the Billboard album chart. And if ever there was a song that best described the Brewers under Sal Bando's general managership, it is "Running to Stand Still." Everyone else in the league was moving ahead, promoting good young players, increasing scouting budgets, and the Brewers were running on the cheap to prove to everyone that Bud Selig was right about small-market teams not being able to compete. 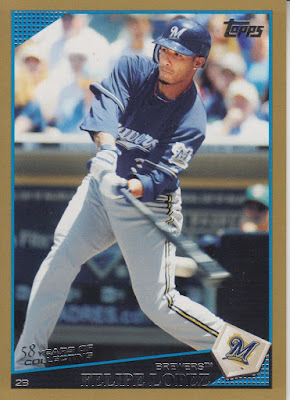 Every time I see one of these gold parallels from 2009, I wonder to myself why it was so important to highlight "58 years of collecting" on the front of the card. Yay Topps? I mean, sure, Topps correctly realized in the late 2000s (after Michael Eisner's private equity fund took Topps back private again) that its best path to profit increases was to suck as much money as possible out of older collectors coming back to baseball cards for the nostalgia. But, really -- who cares about "58 years of collecting" unless they are issuing cards for older collectors who have actually been collecting for 58 years? Shouldn't the caption be, "58 years of selling" or "58 years of collector frustration because they think they can do better"?

How appropriate is it that Robby's next tweet about music that I found is actually a cover song? I was thinking before I scrolled further into his tweets that I should try for covers to go with all the nice parallel cards he sent and, lo and behold, here's a great cover by one of my favorite female singers whose music I was introduced to in college -- Juliana Hatfield. If you don't know who Juliana Hatfield is, find the song "My Sister" from about 1992 or 1993. It's excellent and it's her signature song, I'd say. That, or "Spin the Bottle." She just released an album of all Olivia Newton-John covers, for what it's worth. 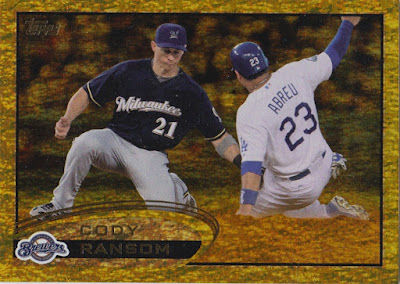 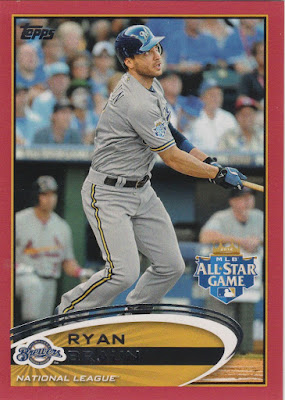 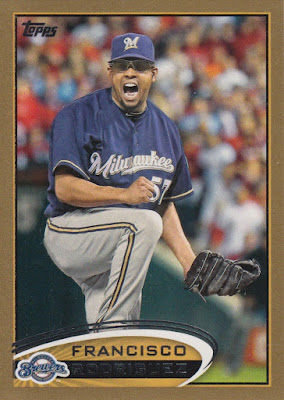 As we move into the 2012 "surfboard" parallels, I will note that Cody Ransom got a card in the Update set as a Brewer that year. Interestingly, Ransom became a Brewer on May 23, 2012 when the Brewers picked him up off waivers after the Arizona Diamondbacks cut him. Then, on August 31 and after he put up a .196/.293/.345 slash line, the Brewers placed Ransom on waivers. He was promptly picked up by...the Diamondbacks. That's some weird kind of seller's remorse going on there.

Also, I was pleased to add a red Target parallel of Ryan Braun's All-Star card from the Update set.

Since Robby tweeted he was listening to 99 Luftballons, I felt like I needed to keep it accurate to his timeline. Otherwise, it would have been a much easier transition from that Ryan Braun Target Red card to the English version of this song by Nena, "99 Red Balloons."

Alas, transitions are not always smooth in writing. 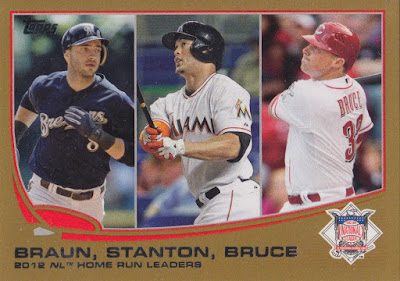 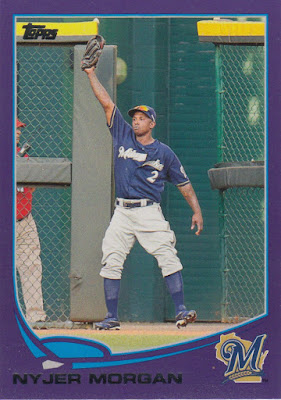 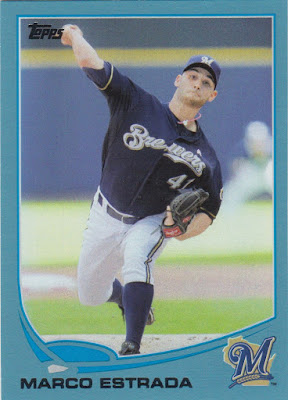 With the demise of Toys R Us, I wonder if we will start getting inundated with purple parallels in repacks? Or, were there so few Toys R Us packs such that this Nyjer Morgan is rarer than that Braun NL Home Run Leaders card that is serial numbered to 2013?

I recall going once to a Toys R Us that is sort of near where I live -- about 6 miles away (and for comparison, within 6-1/2 miles, there are four Target stores) -- and going to buy cards in 2014. They had a standalone card display positioned sort of near the toy section and sort of near the kids' sporting goods area with blister packs that included three purple parallels in them. It allowed me to "pack search" in the way we used to look for rack packs with the cards we wanted on the top. But man, to try to put together a team set that way was impossible.

The tweet that brings this ELO song on is one where Robby said that he'd been listening to the top 100 Billboard songs from 1979 and how he thought it was "interesting how many songs at the bottom should be at the top, and vice versa." Well, not sure if he meant this song, which finished at #81 on that year-end chart, but I had never put an ELO song here on the blog. So, deal with it. 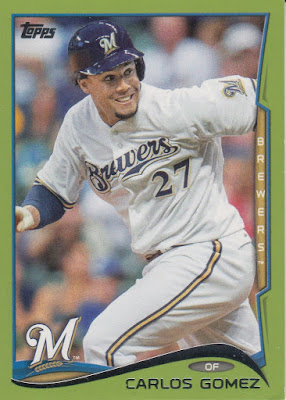 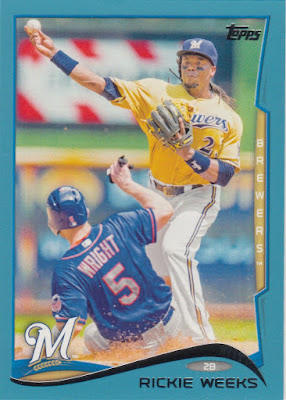 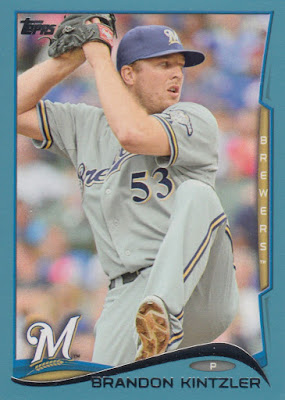 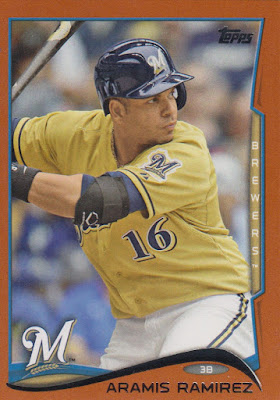 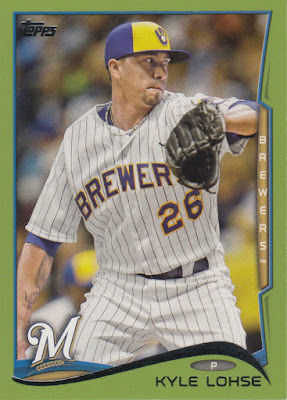 Cards from 2014 have sort of a special place in my collection because it's the year I got back into collecting. I have much warmer feelings towards the 800 parallels from that year than I do from, say, 2016. That said, Robby sent me a bunch of great 2014 parallels -- so many that I've split them into two groups.

I guess the warm feeling I have is in part due to these being the cards I came back to in the hobby. If I had come back in 2013 instead, I'd probably dislike these because of the complete lack of variety in their photographic choices -- a problem which continues to this day. Too zoomed in on action shots, too many action shots, poor cropping of photos -- it's an epidemic in 2014 cards.

Just as 2014 parallels will make up the last two groups of cards, the last two songs come from when Robby posted two "Friday Night 80s Album Reviews" at the beginning of April. The first comes from a band called Easterhouse. I'm embarrassed to say that I had not heard of this band before, because I should have heard of them.

They are a Mancunian band -- Stretford, really -- that ran in the same circles as The Smiths, but they are named for a suburb of Glasgow that was essentially a huge public housing estate -- council housing, as the Brits put it. Easterhouse the suburb became one of those mistakes that served as a warning to others -- filled with housing and lacking in shops, sports, parks, and transport links, it became a blighted area with high unemployment and a breeding ground for gangs. This ties to the band because the band wanted to promote a revolutionary Communist agenda, so naming the band after a notorious/infamous council housing estate brought that to the forefront.

Also, it's a great song. My listening history on YouTube is such that the next song it autoplayed was "I Wanna Be Adored" by The Stone Roses. Like I said, I should have heard of Easterhouse before. 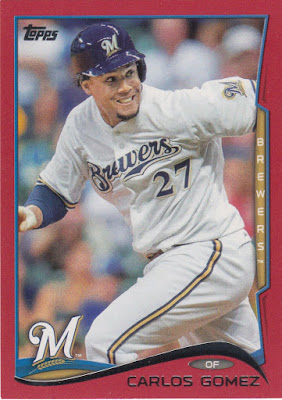 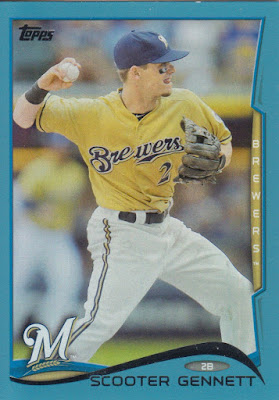 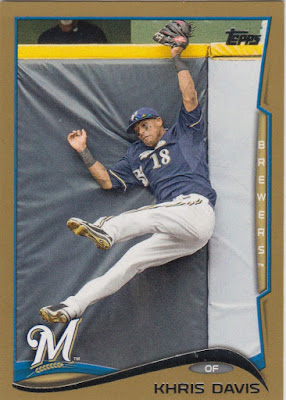 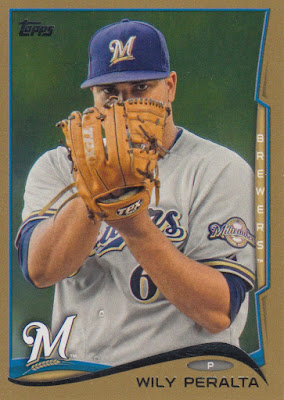 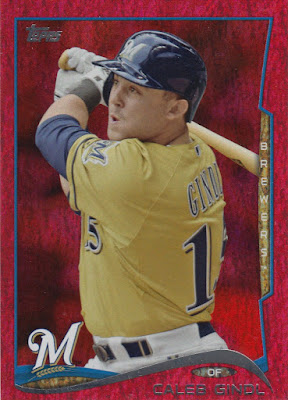 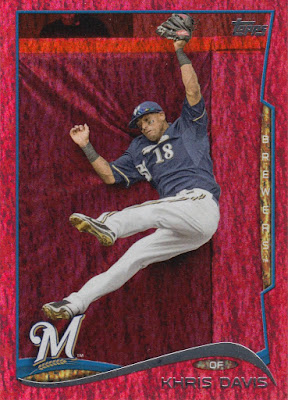 None of these guys are with the Brewers five seasons later. Of these guys, Scooter Gennett would certainly still help the team in light of the black hole that second base became immediately after Gennett's departure last year. Of the rest, Davis and Gomez would not be upgrades in the outfield, in my opinion, and the players that the Brewers got for Gomez and Mike Fiers from Houston made swapping him out a good deal.

As for Davis, yes, he's been mashing with Oakland. The guys the Brewers got for him are starting to knock on the door of the big leagues. Jacob Nottingham made his big-league debut this April while Manny Piña was disabled for 10 days, while pitcher Bubba Derby reached Triple-A last year and has been relatively successful despite pitching for Colorado Springs. He's struggling a bit with control this year in limited innings there, but it is still early. Time will tell if these two guys can match Davis's performance, but the trade is not looking all that good right now.

A final song from Robby's timeline comes from the other album he reviewed a few weeks ago. This band is Rhythm Corps and the song and album are both called "Common Ground." Rhythm Corps was from Detroit, but they sure sound like they could have fit into the Manchester scene or whatever alternative scene you might identify from the mid-to-late 1980s. As their Wikipedia page points out, they played shows with The Psychedelic Furs, The Jam, Billy Idol, and toured with The Romantics. Yeah, those fit pretty well.

My thanks go out to Robby for the great cards, the patience in waiting for me to write this up, and the excellent musical offerings on his timeline!
Posted by Tony L. at 10:43 AM