Men of philosophy often contemplate important questions of life: What is the optimum governmental system for humans to organize themselves? If God is omnipotent, omniscient, and benevolent, why does he allow human suffering? What is the natural state for human economics?

Some of us are nearly equally philosophical about questions that to outside observers seem less important: should there be more than one official MLB licensee for baseball cards? Is Topps evil or simply horribly incompetent? What card sets should be issued every year? Or even this one:


Noted philosopher W. Axl Rose's oft-repeated question is what is on my mind at this point: where do I go now with my collection?

My answer to that question is not as easy as it was in the past. When I first got back into collecting about four years ago, I was incredibly naive and thought I would try to build a Brewers collection that would be as complete as possible.

In those early days, much of my time was spent tracking down checklists, figuring out want lists, chasing stuff on eBay, and ripping open pack after pack. Even then, frustration was beginning to seep in as I catalogued stupid parallel after stupid parallel in dozens of Topps-issued products.

In the past two years, my time for collecting fell as I became much more involved with work-related efforts with the American Bar Association and, particularly during 2017, as Georgia football took more of my in-person time going to games and my mental time seeking out information about upcoming opponents and the like. This is why I have blogged much less in the past two years than I did in my first two years blogging too.

At the same time, my frustration with Topps grew and grew. Topps Now became an excuse to issue as many cards for the "major market" teams at the expense of teams like the Twins, the Brewers, and the Blue Jays. Even in 2017 as Milwaukee was the final team eliminated from playoff contention in the final week of the season, Topps Now nearly ignored Milwaukee.

I'm not going to turn this into a "Topps sucks" rant, though, because whether I like Topps or not is irrelevant. If I am going to collect baseball cards, my only choice is Topps for licensed, current cards of major league baseball players. One can agitate for change, but when the agitator is ignored by the powers that be, continuing to rage into the ether is a fruitless exercise -- particularly when one is talking about a hobby and not something very important in life like things going on with one's national government.

So, I'm done with beating my head into a wall where it comes to complaining about too many parallels, or too many Yankees, or too many high-end releases, or simply ugly cards. It's just not worth my limited time. Instead, I'm ignoring that stuff. Going forward, I'm collecting player collections -- which, yes, will include parallels -- and I'm collecting team sets of the base cards for the products that I choose to collect.

For example, I got this card from Dennis from Too Many Verlanders/Manninghams just before the end of 2017: 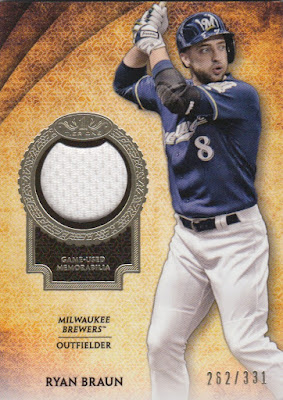 I will still try to collect these cards because Ryan Braun is a player collection. Another card I'll seek out: 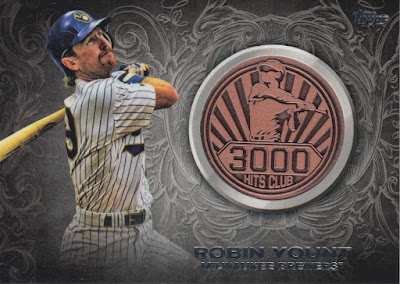 Again, any Younts that I can add to my collection will be added when I can find them.

Instead, I'm going to spend more time going into the archives, so to speak, and I don't mean Topps Archives. I mean finding cool oddballs, interesting schedules, magazines, programs, autographed photos, and other memorabilia that I like. Two more examples from Dennis of things I really like and will chase: 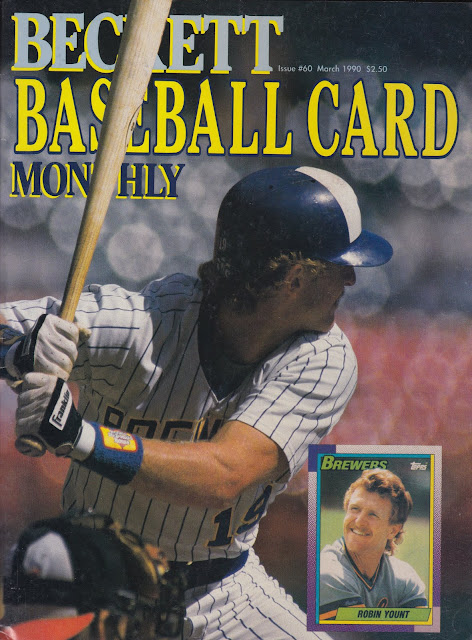 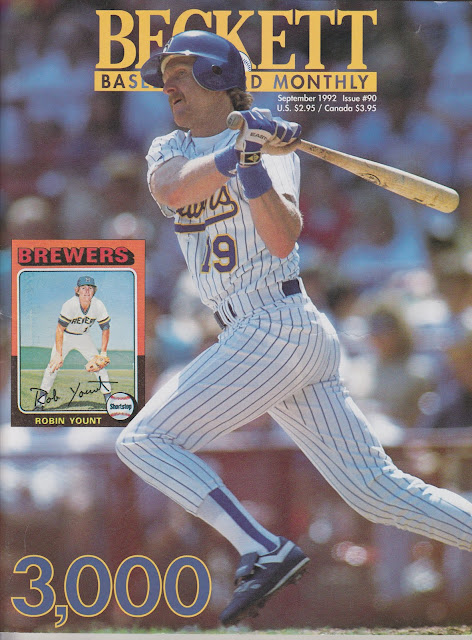 I will always collect magazines that have Brewers on the cover.

I will still try to blog this coming year as well. I still enjoy the Meet the Brewers posts, and I should be doing more of them. I will probably try to mix in more posts about what is in my collection already. And, I will thank people for their kindness when they send me cards.

Also, I will still try to keep putting music into my blogs. I love music.

In other words, I will stop trying to do everything and collect everything. I'll stop being my own worst collecting enemy.

Email ThisBlogThis!Share to TwitterShare to FacebookShare to Pinterest
Labels: Guns N Roses, Lit, My Own Worst Enemy, Player Collections, Robin Yount, Ryan Braun, Sweet Child O' Mine, Too many parallels, Too Many Verlanders