A Big Fun Game Leaves Me With Questions

Today in my office, we discovered that one of my law partners' Sonos system is accessible by anyone with a Sonos app on their phone so long as their phone is connected to the office Wifi. This led to a discussion about the proper way to prank him with terrible music. I offered up a couple of suggestions before doing a Google search and finding what might be the worst song ever.

Try this one on for size:

English bands have put out some of the best music ever. Unfortunately, England also produces some of the worst shlock in the history of music. This song is called "Fast Food Song" and it's by the unimaginatively named Fast Food Rockers. This band was a novelty act in 2003 and 2004. It's catchy, right? But is it catchy enough that it should have reached #2 on the UK Singles chart? It did, and it failed to reach #1 only because of the band Evanescence.

Moving to songs an American audience would recognize, there is one song that even the band that sang it has disowned -- or at least one of the singers has. In the 1980s, Jefferson Airplane had morphed into the pathetic excuse for a band called Starship and released this dreck:

It is such a bad song that GQ put together an oral history of the song discussing how it came to be. Basically, about everything in the song came together in stages and was written by an assembly line of songwriters. As Grace Slick said in "Vanity Fair" in June of 2012,

I was such an asshole for a while, I was trying to make up for it by being sober, which I was all during the '80s, which is a bizarre decade to be sober in. So I was trying to make it up to the band by being a good girl. Here, we're going to sing this song "We Built This City on Rock & Roll." Oh, you're shitting me, that the worst song ever.

So, why all this about the worst songs ever?

I struck out badly in the "Big Fun Game" that ran on All Trade Bait, All the Time. I had two different lots stolen from me -- the 1960s lot and the 1950s lot. Rather than getting those -- both of which would have been excellent -- I ended up instead with a bunch of random stuff that I really could not use. 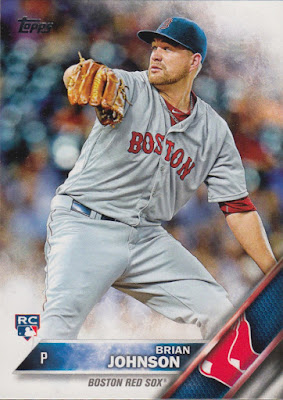 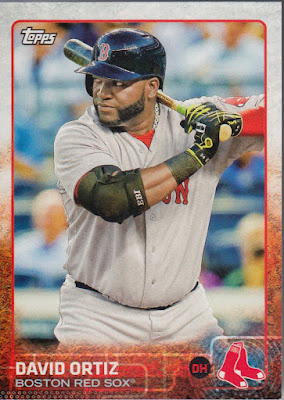 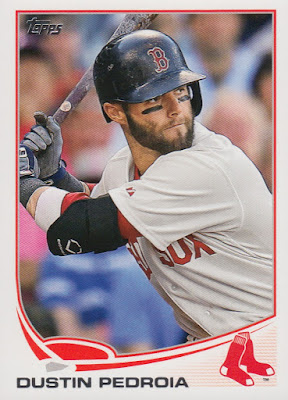 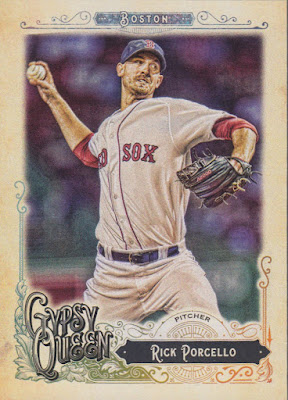 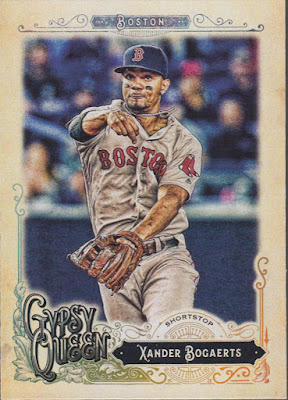 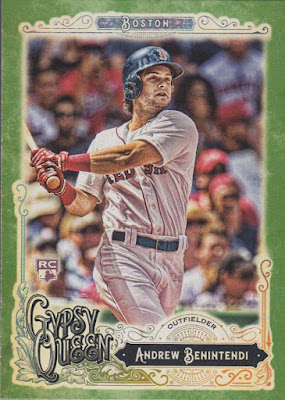 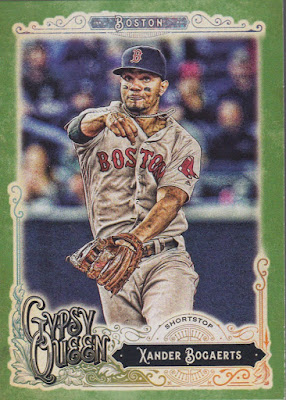 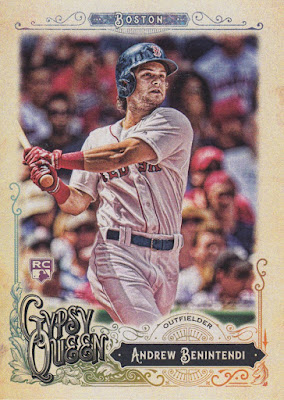 Even Gypsy Queen Red Sox. With the luck I had in that game, of course, I got Rookie Star Andrew Benintendi at just the point when Benintendi disappeared from consciousness and Aaron Judge became the star outshining everyone on the planet and the only player in Major League Baseball, according to the MLB Network and Topps Now.

Complicating matters -- making them better or worse, depending on your position on weird oddballs -- was the main item on which the lot was focused: 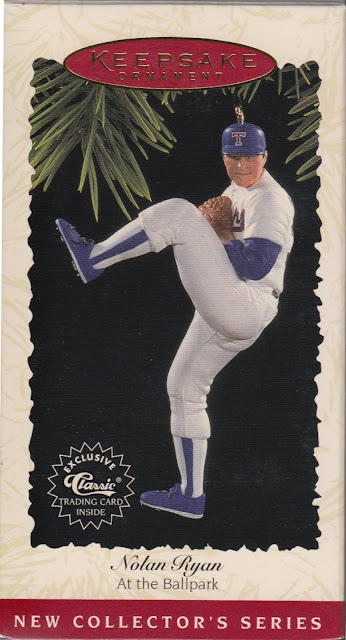 For the Rangers fan who always thought Nolan Ryan should hang on their Christmas tree, I have just the item for you! A Nolan Ryan ornament!

It's not Oscar's fault, of course, that I happened to have the luck of picking two good lots only to see them stolen away from me. It's the luck of the draw. And I just had Bad Bad Luck.

My thanks go out to Oscar for running the game, and my curses go out to my bad luck. At least Social Distortion doesn't suck like Starship or the Fast Food Rockers.
Posted by Tony L. at 6:53 PM