All wars start small. They all do. Sometimes it is just a minor misstep, a small infraction, that leads to a cataclysmic disturbance.

For instance, while in retrospect it is easy to see, very few people in 1914 recognized immediately that one assassination would reshape Europe. Indeed, the actions of a small group of assassins whose plans to assassinate Archduke Franz Ferdinand were carried out by a 19-year-old named Gavrilo Princip, and it led in just over a month to a complete disintegration of Europe as those people knew it.

The archduke's assassination led to Austria-Hungary declaring war on Serbia. The Austria-Hungarian empire used the opportunity to try to take over all of the Balkans. Russia had a treaty with Serbia, so Russia came to Serbia's defense. Austria-Hungary's alliance with Germany was therefore invoked, causing Germany to declare war on Russia. That declaration of war led France and Great Britain to get involved -- all through what the New York Times called "a web of previously established alliances."

The situation spiraled very suddenly and very quickly out of control, and in just over a month, the Central Powers of Germany and Austria-Hungary were squaring off against the Allied Forces of France, Great Britain, Russia, and eventually the United States.

Like all depressing or cataclysmic events, World War I led to incredible literature and movies being made. German war veteran Erich Maria Remarque wrote All Quiet on the Western Front -- a book quickly adapted into the Academy Award winning movie of the same name:


Sadly, the movie and the book appeared in the midst of the churning storm that Europe remained -- an uneasy peace. Great divisions appeared. Russia turned on itself, with the Bolsheviks overthrowing the government and forming the USSR. Germany suffered from economic problems starting early in the 1920s thanks to the oppressive terms for reparations imposed on it by the Allied Powers. Soon thereafter, the Great Depression worldwide piled on to make matters even worse.

The German people blamed outside influences for their troubles. It too crumbled internally and turned on itself, as did Spain -- leading to the rise of fascism there under Generalissimo Francisco Franco. Adolf Hitler rose to power, and the peace got even uneasier. Hitler came to power through his speeches and his charisma and his Brownshirts. Major changes came as Hitler consolidated his power and, eventually, decided his German people needed more "lebensraum" -- living space.

Since World War II, we have avoided wars that involve everyone. Perhaps it's the whole "mutually assured destruction" thing that nuclear weapons provide. Still, minor wars break out regularly around the world. One broke out in 1969 thanks to El Salvador beating Honduras in a World Cup qualifying match.

Many wars lead to bloodshed, but some don't. The Cold War had skirmishes around the world that led to death and bloodshed, but the US and USSR rarely engaged one another directly.

Economic "wars" almost never lead to bloodshed, but they do lead to higher prices and lost jobs, often. One trade war broke out in the 1960s between the United States on one side and West Germany and France on the other. It was called the "Chicken War" because the European countries were trying to protect their own chicken farmers from cheap American chicken. In response, the US raised tariffs on light trucks -- a tariff which has basically kept foreign automakers out of the US market for light trucks because of cost to the consumer.

It also led to some really ugly-ass cars coming into the US from Japan:


Here in the world of baseball card blogs, we've had a few wars ourselves. There were the wars between Topps, Donruss, Fleer, Score, Upper Deck, Pacific, etc. in the 1990s over who could issue the most garish baseball cards, for example (by the way, I think Fleer 1995 won). 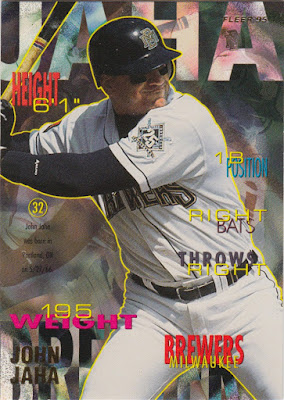 Those wars became wars of attrition. Companies fell by the wayside in the wake of the 1994-1995 strike one by one. A number of the wounds were self-inflicted -- I mean, did we really need 202 different insert types and 9 parallels in the 2005 Donruss Diamond Kings set? They might be great cards, but if you make that many damn inserts and parallels, you only inspire loathing.

We have also had trade wars here. The great Jaybarkerfan and I engaged in a multi-box, multi-post, multi-bipping masterpiece of a war that caused my collection to expand exponentially, added a Warren Spahn autographed baseball to my PC, and led to a Canadian invasion of Northern Alabama. At that point, we declared a truce.

My war with JBF was but a minor skirmish, though, compared to the all-out double nuclear armageddon engaged in between the two superpowers -- JBF and Bob Walk the Plank. It started innocently enough -- with Wes reaching out to Matt saying that he had some Pirates to send to Morgantown. It didn't take long -- just 6 months -- for all-out war to be declared.

But, y'all know Matt. He can't leave well enough alone.

The next thing you know, you start hearing rumblings. "He sent you what? An autographed bat? From whom? No WAY!"

Pretty soon, you end up writing a long post about the origins of wars and about chicken taxes.

You see, an email popped up in my inbox this morning. It was from Jaybarkerfan, which gives me an excuse to show another photo of the Real Mrs. Jay Barker: 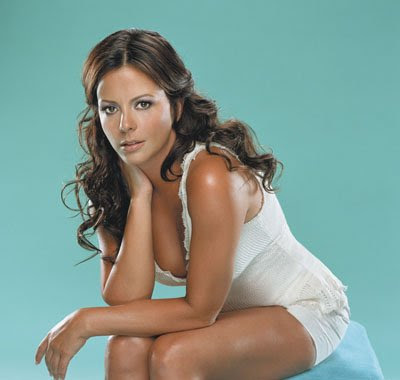 Sometimes the ugliness of war has to be counteracted by beauty.

You tell Bob Walk the Plank that I'm coming, and hell's coming with me!


This is gonna get ugly, y'all. But I bet it will be fun to watch!

Email ThisBlogThis!Share to TwitterShare to FacebookShare to Pinterest
Labels: Bob Walk the Plank, Not on Me Thank God, WAR is DECLARED, War is Hell